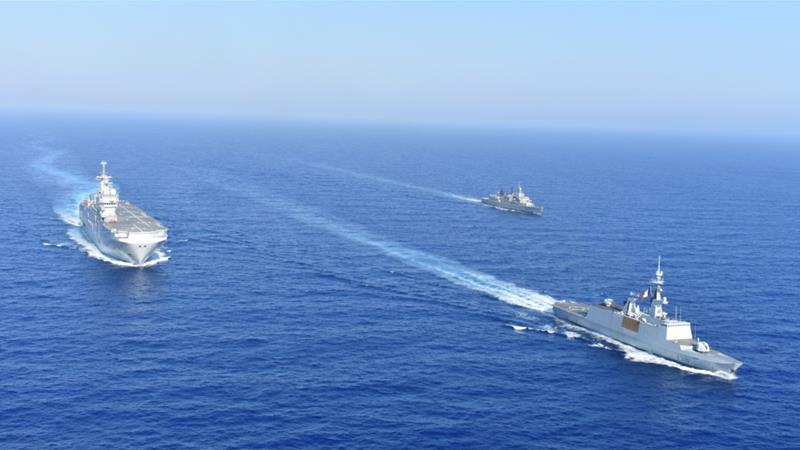 Turkey and Greece stated they are ready to resume exploratory talks to address their contested maritime claims in the eastern Mediterranean and Aegean, the Turkish presidency said, after a call between the leaders of Turkey, Germany and the European Union on Tuesday.

Erdogan also said he hoped an EU summit on September 24-25 would bring new impetus to Turkey-EU ties, adding concrete steps on updating a customs union between the two sides, visa-free travel and migration would help put ties on a positive basis.

Greece and Turkey, both NATO members, are locked in a heated dispute about energy exploration.

Last weekend, Ankara pulled the vessel back to the shore for maintenance after its one-month mission, but it extended the operations of another research vessel, Barbaros Hayrettin Pasa, off Cyprus until October 18, according to a message on Friday on maritime alert system NAVTEX.

Turkey’s drillship Yavuz will also remain off Cyprus until October 12. In recent days, the likelihood of the two countries entering dialogue has improved.

Like Ankara, a Greek official on Monday said Greece and Turkey were close to reviving talks.

“We are close to restarting the exploratory talks … There will be an announcement when this is finalised but the atmosphere is good,” Greek government spokesman Stelios Petsas told reporters.

In a separate development on Tuesday, Egypt, Cyprus, Greece, Israel, Jordan and Italy signed a charter founding a new intergovernmental body with the aim of promoting cooperation over the sensitive issue of natural gas resources.

The six countries signed the charter for the East Mediterranean Gas Forum in a ceremony via videoconference.

The Cairo-based forum aims to “create a climate of trust and good neighbourly relations” through regional cooperation in the energy field.