Last week, Turkey – led by President Recep Tayyip Erdogan – voted to pass legislation that will allow around 45,000 prisoners to be temporarily released in a bid to halt cases of the deadly infection killing those behind bars. But human rights groups are gravely concerned that the new measures exclude those who were “arbitrarily detained pending trial or serving sentences following unfair trials under Turkey’s overly broad anti-terrorism laws which facilitate incarceration for exercise of free speech”. The plan was to stop the spread of the virus sweeping through Turkey’s prison system by lessening the overcrowding within facilities.

However, Human Rights Watch (HRW) say that tens of thousands of people, who were imprisoned for the “peaceful exercise of their rights” will continue to remain behind bars.

The group is now demanding Erdogan and Turkey reverse their decision and allow those remaining to be released and stop the threat of COVID-19.

Reports say the new law was originally part of reforms in Turkey back in 2019, with a view to stopping overcrowding in prisons.

But as a result of the outbreak, the legislation was swiftly passed through the country’s parliament. 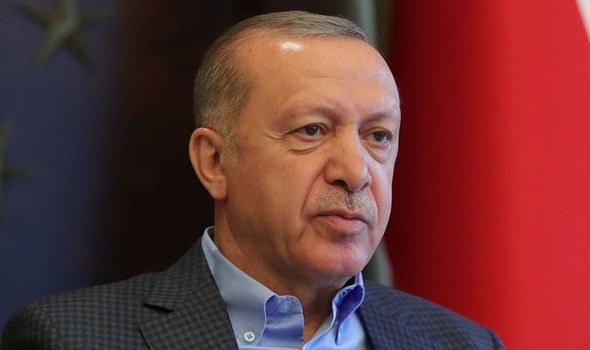 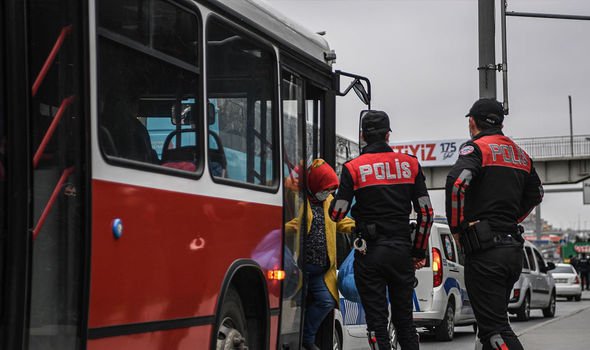 The law was originally passed on April 14, a day after Turkey confirmed three prisoners had died as a result of coronavirus.

HRW, however, says this law does not affect any “ individuals in pre-trial detention,” while it also excludes “anyone convicted of terrorism-related crimes, espionage or crimes against the intelligence services”.

Included in the legislation is the fact that anyone who has violated Turkey’s intelligence law would not be eligible for early release.

Opponents say this was aimed at excluding journalists who reported on the death of Turkish intelligence members in Libya’s conflict. 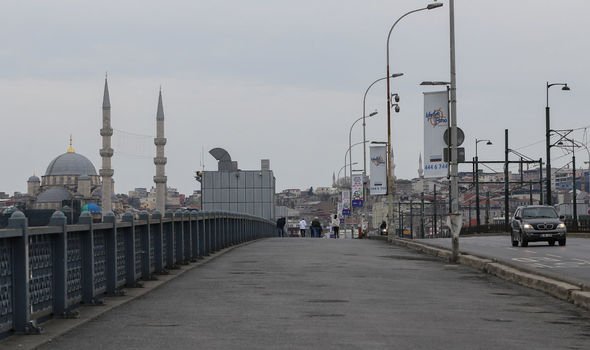 The group claims that those whose “only crime is the exercise of their right to freedom of expression are effectively excluded from release and are at increased risk of contracting the disease in prison”.

In a statement, HRW added: “To protect the human rights of prisoners, including their right to life and health, and to protect the health of the public at large, the Turkish authorities should now enact immediate measures to release all those arbitrarily detained, whether in pre-trial detention or after conviction, particularly given many are vulnerable to COVID-19 due to their age or underlying health conditions.

“We urge the authorities to move now to prevent a humanitarian disaster.

“Failure to release those detained and imprisoned in unfair trials and on spurious charges, which would help reduce the spread of a deadly disease in detention, would show further alarming disregard for human rights by the Turkish government.” 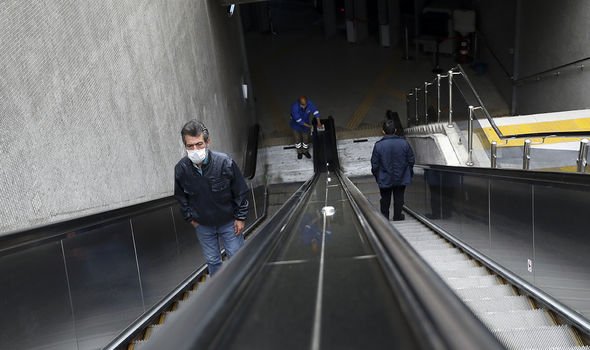 Erdogan’s AK Party and nationalist MHP allies backed the legislation, with 279 votes for and 51 vote against it.

According to a Reuters report, those released will be under judicial control until May 31.

However, the return date can be extended a further three times by two months.

Those opposed to the law intend to challenge the law in Turkey’s highest court.

Critics say the release of such a high number of criminals – particularly those sentenced to acts such as thieving and racketeering – could see levels of crime in the country erupt.

And Amnesty International said, although welcoming the steps to halt overcrowding, the law did not cover others who should be considered for release.

Amnesty campaigner Milena Buyum said: “Those convicted in unfair trials under Turkey’s overly broad anti-terrorism laws are also now condemned to face the prospect of infection from this deadly disease.

“Turkey’s government must do the right thing and immediately release those who are imprisoned solely for expressing their peaceful views.”