ANKARA (Reuters) – Turkey could order the public to stay at home if coronavirus infections continue to spread, the government said on Thursday as it clamped down further on medical equipment leaving the country. 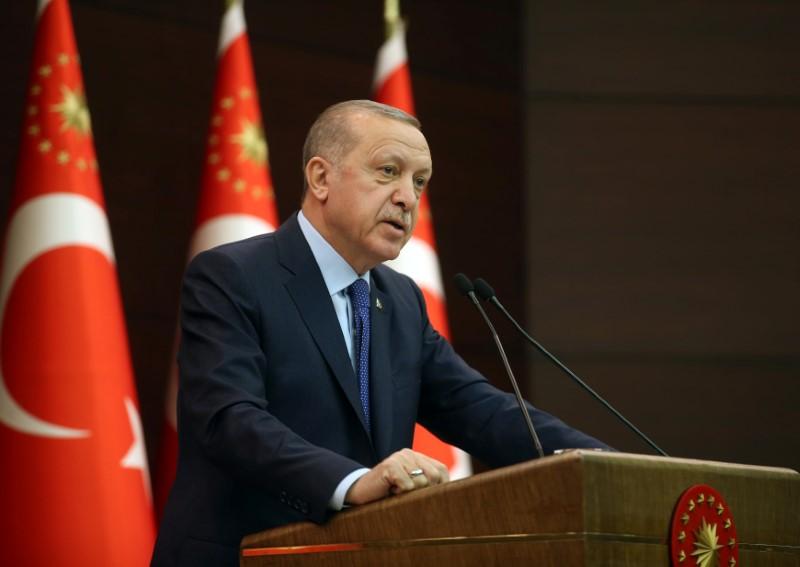 The government announced such a measure for people older than 65 over the weekend, but not for the general public as some other countries have done.

Istanbul’s mayor urged national authorities to do so on Thursday, saying nearly a million people were still using public transportation in the country’s largest city.

The highly contagious respiratory disease has killed 59 in Turkey after cases surged in two weeks to 2,433. Click here here for a graphic of the virus’s global spread.

“Complete social isolation is always on our agenda,” Interior Minister Suleyman Soylu said on AHaber TV. Asked whether a complete curfew would be announced, he said: “If we cannot prevent the epidemic with these measures, we can of course take the highest measure.”

To contain the virus, Ankara has closed schools, cafes and bars, banned mass prayers, and suspended sports matches and flights. President Tayyip Erdogan said Turkey, which has a poluation of about 83 million, would overcome the coronavirus outbreak in two to three weeks.

However Istanbul Mayor Ekrem Imamoglu called on the government to impose a general stay-at-home order, at least in his city if it was not possible nationwide.

“We are in the most critical phase of the outbreak,” he said on Twitter. “If the necessary steps aren’t taken today, it is evident there will be disappointment in the future.”

Turkey’s Higher Education Council said there would be no face-to-face classes in the spring term, distance learning would continue and university exams would be postponed to July 25-26.

Separately the central government said all municipality meetings in April, May and June, should be postponed except under extraordinary circumstances.