Trump and Pence both retested after a White House staffer with access to president tested positive. 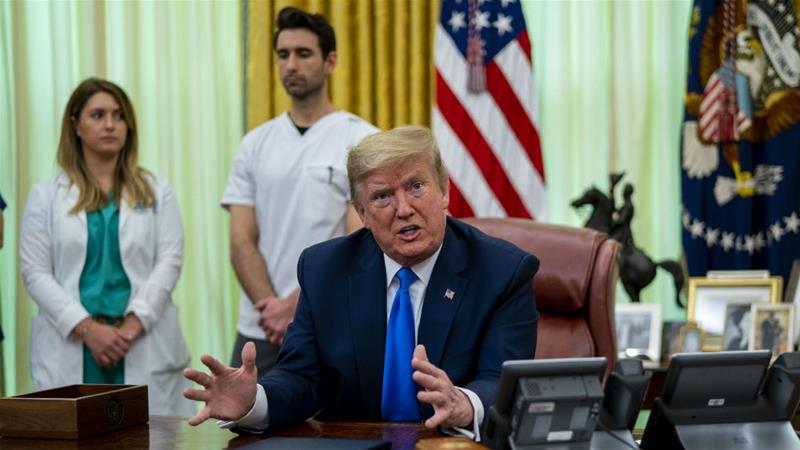 President Donald Trump and Vice President Mike Pence have tested negative for the novel coronavirus after a member of the US military who worked at the White House was found to be infected, a White House spokesman said on Thursday.

The military official was identified by CNN as a personal valet to Trump.

“We were recently notified by the White House Medical Unit that a member of the United States Military, who works on the White House campus, has tested positive for Coronavirus. The President and the Vice President have since tested negative for the virus and they remain in great health,” spokesman Hogan Gidley said in a statement.

It marked the latest coronavirus scare for the president, and the first known instance where a person who has come in close proximity to the president has tested positive since several people present at his private Florida club were diagnosed with COVID-19 in early March.

Trump, 73, has now been tested at least twice for the coronavirus, and both times tested negative. The first test was conducted on April 2, the White House said.

“It’s a little bit strange but it’s one of those things,” Trump told reporters at the White House on Thursday. “As I said, you know, I said yesterday, governor, all people are warriors in this country. Right now we’re all warriors.”

On April 3, the White House had said that anyone expected to be near Trump or Pence would be given a rapid COVID-19 test out of an abundance of caution.

According to CNN, which first reported the news, the valets are members of an elite military unit assigned to the White House who work very closely with the president and first family. Trump, a self-described germaphobe, was said to be upset when he learned of the positive results. The valet was tested after he began exhibiting symptoms on Wednesday.