At a White House briefing with his coronavirus task force, Trump defended his administration’s response to the crisis and said public health officials were “ready, willing and able” to move quickly if the virus spreads.

Trump said he would accept whatever emergency spending Congress decided was appropriate for the crisis, and that he was not ready to institute new travel restrictions for countries such as South Korea and Italy that are dealing with outbreaks – although he could not rule it out.

“We’re ready to adapt and we’re ready to do whatever we have to as the disease spreads, if it spreads,” he said, adding the spread of the virus in the United States was not “inevitable.”

“It probably will, it possibly will. It could be at a very small level, or it could be at a larger level. Whatever happens we’re totally prepared,” he said.

Dr. Anthony Fauci, the head of the National Institute of Allergy and Infections Diseases, said earlier in the day that while the virus was contained in the United States, Americans must prepare for a potential outbreak as transmissions spread outside of China.

“If we have a pandemic, then almost certainly we are going to get impacted,” Fauci told CNN.

“We have to be alert to the possibility of a pandemic,” Peter Marks, director of the Food and Drug Administration’s Center for Biologics Evaluation and Research, said in an interview.

New York Mayor Bill de Blasio called on the federal government to help it obtain 300,000 extra protective masks. There were no confirmed cases of coronavirus in the city, he said. 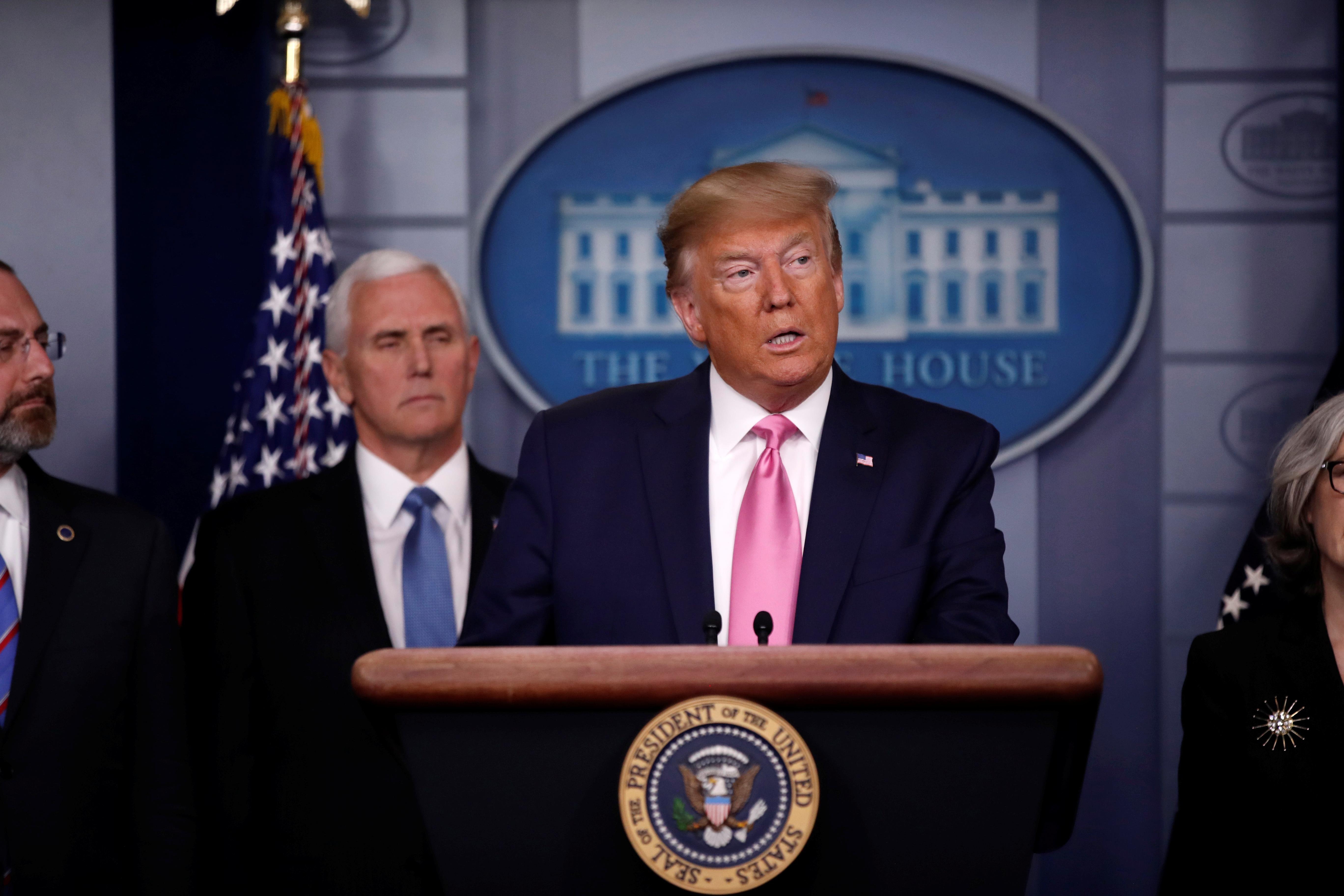 Global stock markets have slumped in recent days due to worries over a prolonged disruption to supply chains and economies from the virus, which has infected about 80,000 people and killed nearly 3,000, mostly in China.

U.S. stocks turned lower in afternoon trading on Wednesday in a fresh wave of selling sparked by fears of the coronavirus spreading in the United States. The S&P 500 index fell for a fifth straight day and the Dow Jones Industrial Average ended down 123.77 points, or 0.46%. [.N]

Trump, who is running for a second term in the November election, has been increasingly alarmed by the drop in U.S. stock markets, which he considers a barometer of the health of the American economy and sees as important to his re-election.

He told reporters at the White House that fears of the coronavirus had hurt the stock markets. But he also blamed the Democratic presidential candidates for spooking investors.

“I think the financial markets are very upset when they look at the Democrat candidates standing on that stage making fools out of themselves,” Trump said in a reference to debates that are part of the process toward nominating a Democrat to run against Republican Trump.

Earlier in the day, Trump accused two cable TV news channels of presenting the danger from the virus in as bad a light as possible and upsetting financial markets.

Trump tweeted that CNN and MSNBC, both of which often criticize him, “are doing everything possible to make (the new coronavirus) look as bad as possible, including panicking markets,” adding: “USA in great shape!”

The CDC has advised Americans to not visit China and South Korea, and on Wednesday stepped up travel warnings for Iran, Italy and Mongolia.

House of Representatives Speaker Nancy Pelosi, a Democrat, on Wednesday dismissed Trump’s assertion in India that the coronavirus was under control at home.

“I don’t think the president knows what he’s talking about, once again,” she told reporters.

Trump is seeking $2.5 billion from Congress to boost the government’s virus response, an amount Democrats said falls far short of what is needed and have also urged the White House to appoint a “czar” to coordinate a national response. 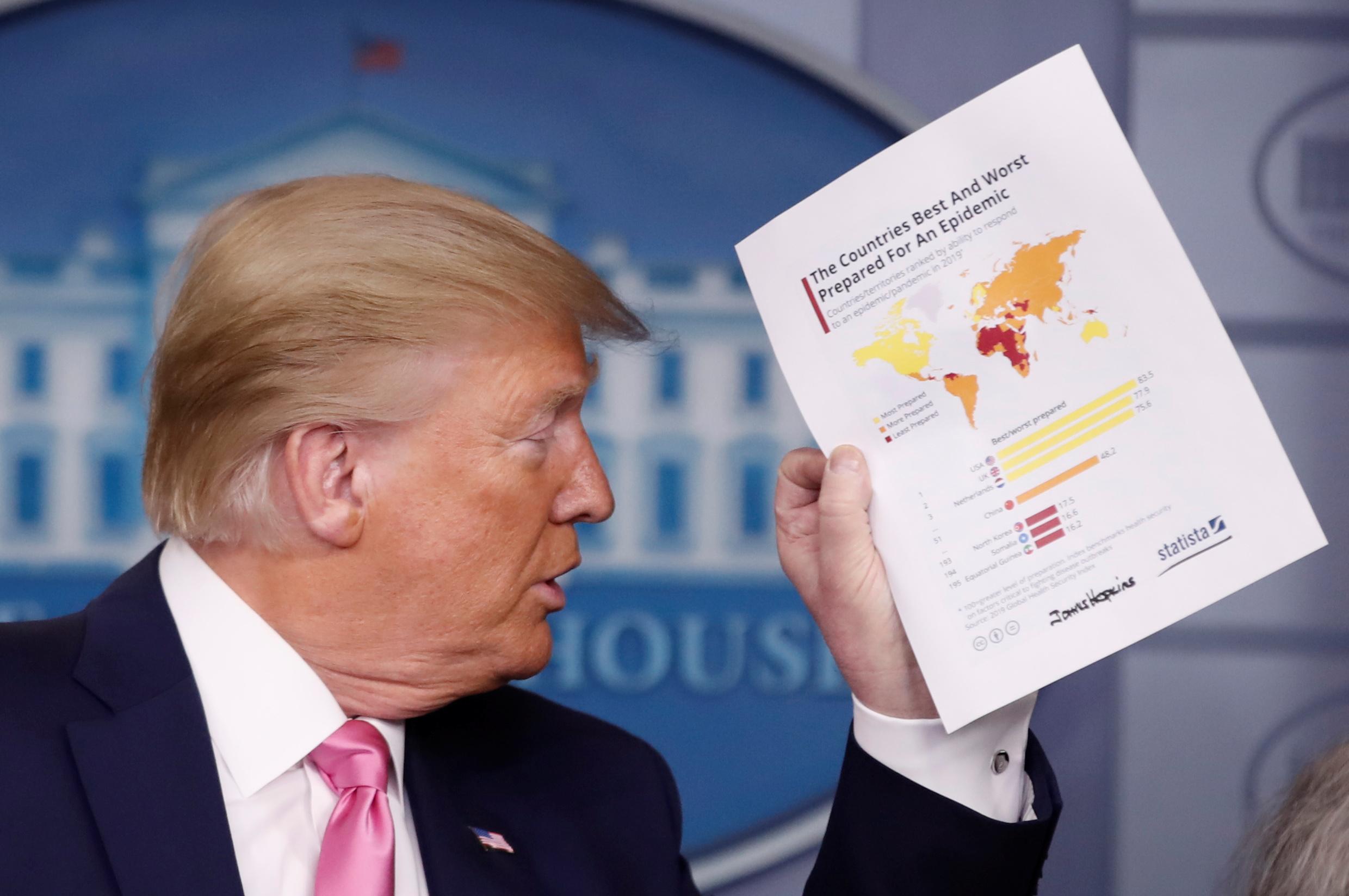 “We’re going to spend whatever is appropriate,” Trump said.

A congressional source said the Democratic-controlled House would attempt to advance a coronavirus emergency funding bill before the next recess, scheduled to begin on March 12.

Related posts:
Hot News
Henry VIII’s long-lost Tudor palace rediscovered underneath London park
A new nationwide lockdown in France prompts an exodus from Paris, and other news from Europe.
Tech slide hits Wall Street as coronavirus cases spiral
Recurring dream: Neil Finn on remodelling Crowded House, surviving Fleetwood Mac and ruining Split Enz
Joe Biden fury as Republicans ‘could hand Trump power even if he loses’
Recent Posts
This website uses cookies to improve your user experience and to provide you with advertisements that are relevant to your interests. By continuing to browse the site you are agreeing to our use of cookies.Ok