China and India are engaged in a military stand-off along the Himalayan border amid fresh tensions between the two nuclear powers.

As China consolidates its grip over Hong Kong with plans for enacting a draconian security law, it has opened a new front with aggressive moves on its borders with India.

A military stand-off in the Himalayas has been brewing for weeks amid the COVID-19 crisis.

Soldiers from both armies are reported to have had acrimonious exchanges and there are reports of some Indian soldiers being detained, which the Indian military has denied. 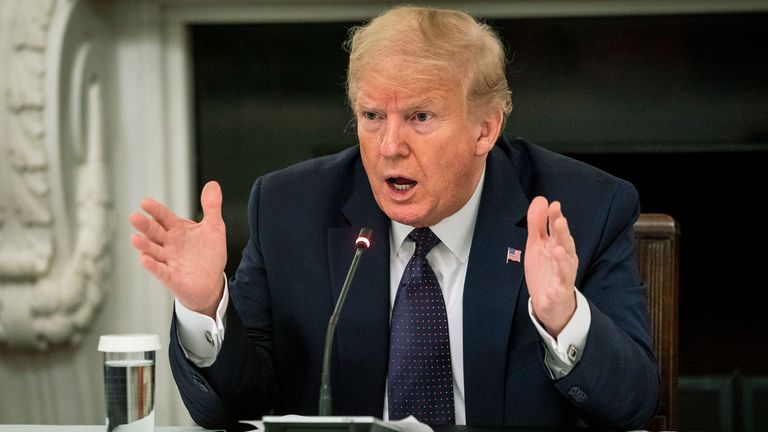 Chinese soldiers have reportedly crossed into Indian territory at five points along the Galwan river valley, the Pangong lake sector and Damchok in the Ladakh region.

China has amassed thousands of soldiers along the de-facto border, the Line of Actual Control (LAC), in Eastern Ladakh, the reports claim.

Six rounds of talks between Chinese and Indian officials have had no breakthrough so far.

President Donald Trump has tweeted that the US is ready to mediate.

He wrote: “We have informed both India and China that the United States is ready, willing and able to mediate or arbitrate their now raging border dispute. Thank you!”

India’s Prime Minister Narendra Modi discussed the situation in Eastern Ladakh this week with his national security adviser, chief of defence staff and heads of the country’s three services.

The scale of the intrusions prompted the Indian army chief, General MM Naravane, to visit the XIV Corps Headquarters in Leh on Friday to review the situation.

India has also bolstered its defences with more soldiers and equipment in the area, while increasing its presence in the border regions of Sikkim, Uttrakhand and Arunachal Pradesh.

Defence analyst Ajay Shukla said: “The Chinese have violated their own claim line by attempting to push their frontier further west into Indian territory.

“In the 1962 Sino-India war they captured the Galwan valley after killing 36 Indian soldiers and claimed an additional 2000sq km (3,128sq m) of Ladakh. Now they are occupying territory which Beijing has traditionally acknowledged to be Indian.”

Satellite images show camps that could be occupied by China’s People’s Liberation Army (PLA) just 300 metres from the LAC.

Another shows construction work at the high-altitude Ngari Gunsa airport base in Tibet, around 125 miles from the border, as well as Chinese fighter jets on its tarmac.

On Tuesday at the annual meeting of China’s legislature the National People’s Congress, President Xi Jinping, who is also chairman of the Central Military Commission, addressed representatives of the PLA.

He told them: “The military should scale up training and battle preparedness and to think of the worst-case scenarios.