Ukraine: Donald Trump calls for a 'peaceful end to the war'

Donald Trump has called for the “immediate negotiation of a peaceful end to the war in Ukraine” to avoid a third world war as he points to the destructive “power of nuclear” weapons. The former president, speaking to a rally in the US state of Nevada on Saturday, said there would be “nothing left of our planet all because stupid people didn’t have a clue” about nuclear weapons and the impact of escalation.

The former Republican president, who left the White House in January 2021, previously said in March 2022 that if he were still in the Oval Office, he would threaten Moscow with nuclear submarines.

Current US President, Joe Biden, said on Thursday that the world was contending with nuclear “armageddon” for the first time in 60 years.

He told Democratic donors in New York: “For the first time since the Cuban Missile Crisis, we have a direct threat to the use of nuclear weapons, if in fact things continue down the path they’d been going.”

He then added that the world has “not faced the prospect of Armageddon since Kennedy and the Cuban missile crisis.” 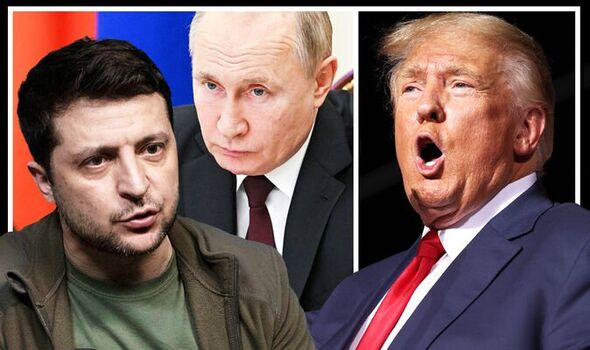 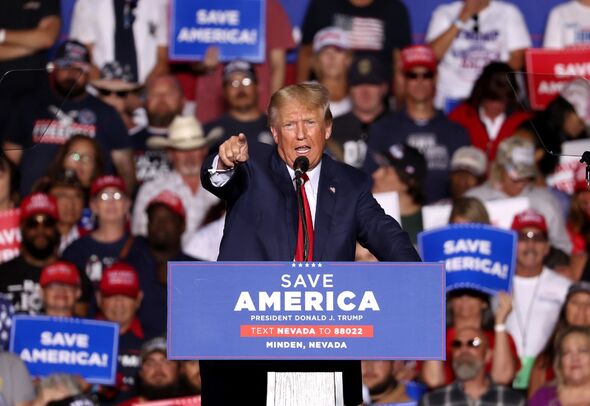 The White House was then quick to say President Biden’s comments were not off the back of any new intelligence on the possibility of nuclear war.

But the Russian leader is “not joking when he talks about potential use of tactical nuclear weapons or biological or chemical weapons, because his military is, you might say, is significantly underperforming”, the US leader added.

He then questioned what Putin’s “off ramp” or “way out” of a nuclear confrontation could be.

Earlier in the week, Ukrainian leader Volodymyr Zelensky told the BBC that he doubted the Kremlin was ready to launch any form of nuclear attack, but that those inside Russia’s borders were being prepared for this to happen. 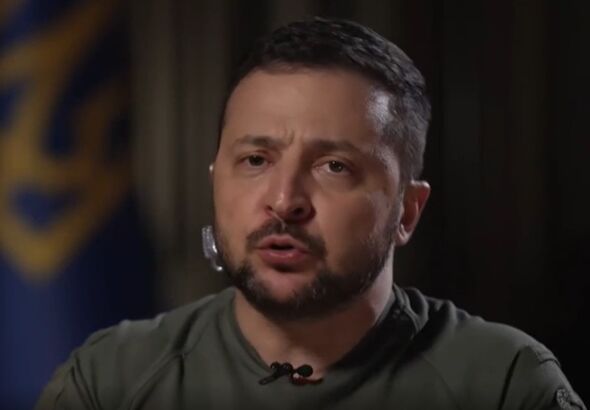 He said this was “very dangerous”, and perilous “to even speak about”.

He commented: “They are not ready to do it, to use it. But they begin to communicate.

“They don’t know whether they’ll use it or not use it.”

Putin has said he is willing to use “all the means at our disposal” to protect areas within Russian territory. 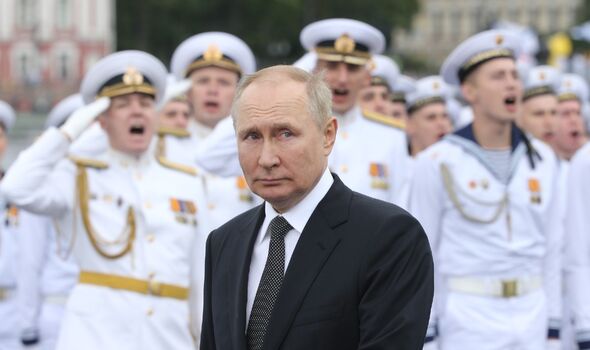 This includes the newly-annexed Ukrainian regions of Luhansk, Donetsk, Zaporizhzhia and Kherson, which Moscow has now claimed as Russian territory.

Putin said during a ceremony to supposedly induct the territories into Russia: “Kyiv authorities have to respect the will of these people.

“We will protect our land using all our forces and means at our disposal, and will do everything to ensure people’s security.

“This is the great liberating mission of our people.”

He then reiterated that allusions to Russia’s nuclear arsenal – the biggest in the world – were “not a bluff”.

He then warned that “those who try to blackmail us with nuclear weapons should know that the weathervane can turn and point towards them”.

But Putin’s posturing on nuclear weapons has flip-flopped throughout the stumbling invasion of Ukraine, admitting on August 1 there could “be no winners in nuclear war” and that such a conflict should “never be unleashed”.

The Russian leader said in a written statement: “We proceed from the fact that there can be no winners in a nuclear war and it should never be unleashed, and we stand for equal and indivisible security for all members of the world community.”

But Putin had previously set Moscow’s nuclear arsenal on high alert, saying Russia was “one of the most powerful nuclear states” with the “advantage in several cutting-edge weapons”.

Putin continued: “In this context, there should be no doubt for anyone that any potential aggressor will face defeat and ominous consequences should it directly attack our country.”