Despite missing out on a medal, Helen Glover says she is “incredibly proud” to finish fourth in her Olympic final but is itching to get home to her kids.

For British rower Glover, just qualifying for the final of the women’s pair with partner Polly Swann was an achievement considering she retired from the sport four years ago to focus on her family.

In that time, the rower has got married TV presenter Steve Buckshall in 2016 and had three kids – including twins last year. 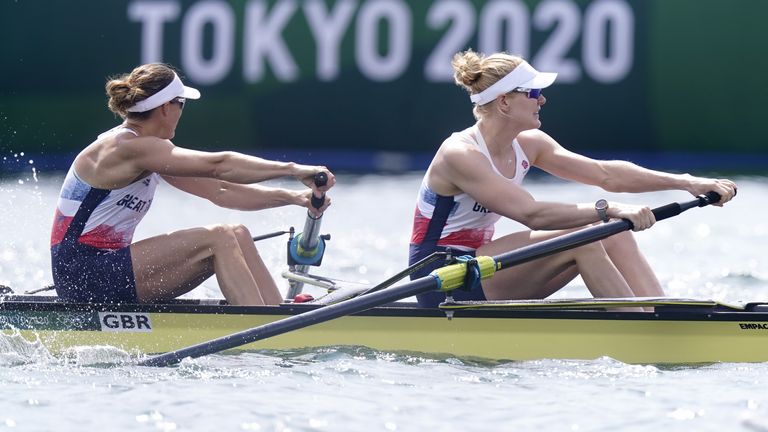 In the end, Glover couldn’t make history and won’t walk away with a medal, but after the race, she said she gave it her all.

“The reward is knowing we crossed the line giving it our all, the frustration will be coming away thinking we had more and we didn’t,” she said.

“Had it been a flatwater day we would have expected to come through for that last place but it wasn’t.

“It was very hard to challenge in the final sprint but we still tried.”

If she had won a medal in Tokyo she would have been the first British female rower to win a medal after having a family. 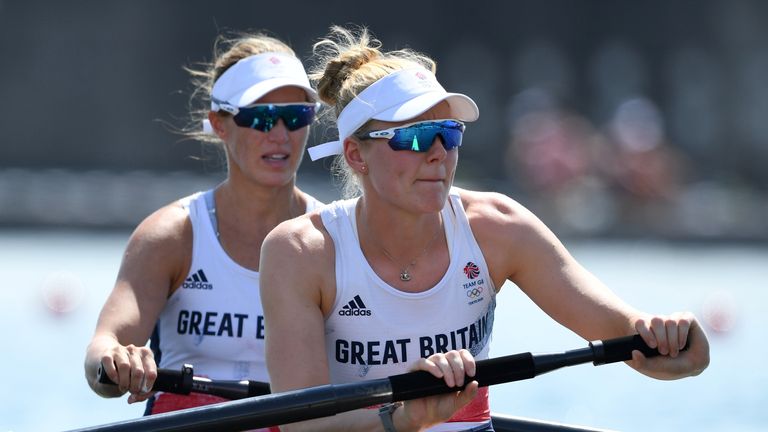 If the Olympics had gone ahead as scheduled last summer, Glover would probably have been watching from home having only decided to make a run for the Games last year.

Alongside partner Polly Swann, she claimed the European women’s pair title in Italy in March – her first taste of competitive sport since she stepped away from the sport.

The double gold medal winner couldn’t make it three on the bounce, despite a good race.

Glover and Swann were in contention all the way through but were eased out by Canada for bronze.

However, Glover was clearly proud of her effort after the race and she thanked people for their support on Twitter.

“Thank you for your support and messages. So proud to make the Olympic final & come home with 4th.
@PollySwann has been the most incredible teammate and you’ve all been amazing support,” she wrote.

“Thank you!! Now can we invent a teleport machine to get me straight home to the little ones??” 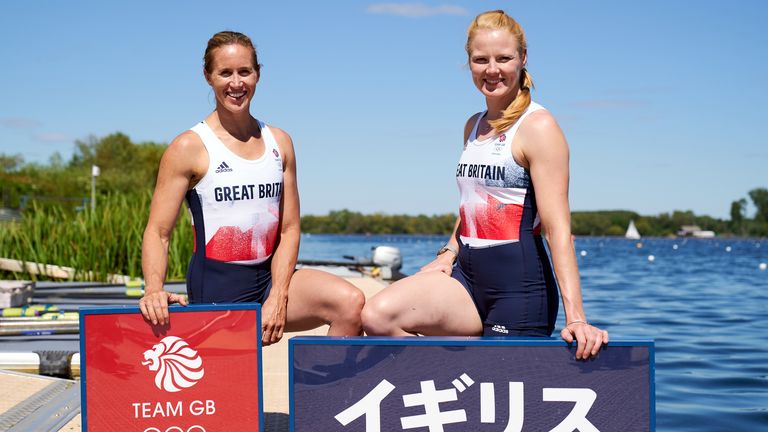 Glover, who turned 35 in June, has not only had to contend with the usual demands of elite sport in an Olympic year but managing her training regime around her family commitments during a global pandemic.

Her children were still tiny when the opportunity to try for Tokyo came along during lockdown. 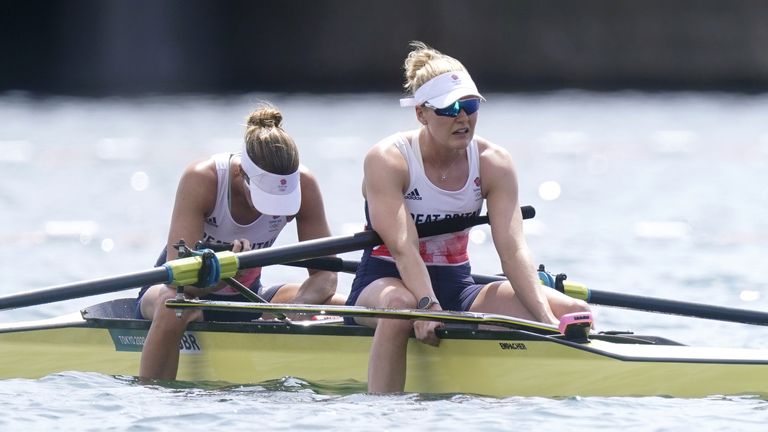 Prior to the games, she said her day started at 5am every morning with Logan, her eldest son, waking up.

Two and a half hours later she was off to train but said it’s a “juggling act” but something she enjoyed.

“If I compare my priorities and what makes me happy now, with my pre-London and pre-Rio times, I probably wasn’t as happy as I am now,” she said.

“Win or lose, I go back to being a mum the very next day, and that actually takes a bit of weight off my shoulders and means I’m enjoying the whole process a bit more.”

Glover won golds at London and Rio with Heather Stanning but this time she was with Polly Swann, with whom she won the world championships in 2013.

A back injury ruined Swann’s hopes of appearing at the London Games in 2012, where Glover teamed with Stanning to claim the first of what would be two consecutive gold medals.

Swann rebounded as part of the women’s eight that won a silver medal on her Games debut in Rio, before her medical course evolved into a role as a junior doctor in Livingston helping to combat the first wave of the coronavirus pandemic.

“I was there (in hospital) for four months,” said Swann.

“It was like being in performance sport; all working together for a fantastic performance. It gave me a huge sense of pride.

“I was a tiny cog in a huge machine. I wasn’t in ICU ventilating COVID patients but nevertheless I was so proud I could fulfil my role. I can’t wait to go back in August.”