TOKYO (Reuters) – When Emi Tanimura failed to find a daycare slot for her new-born daughter, she had to take a radical step for Japan to avoid a long time away from her job at communications firm Sunny Side Up (2180.T). She started working from home. 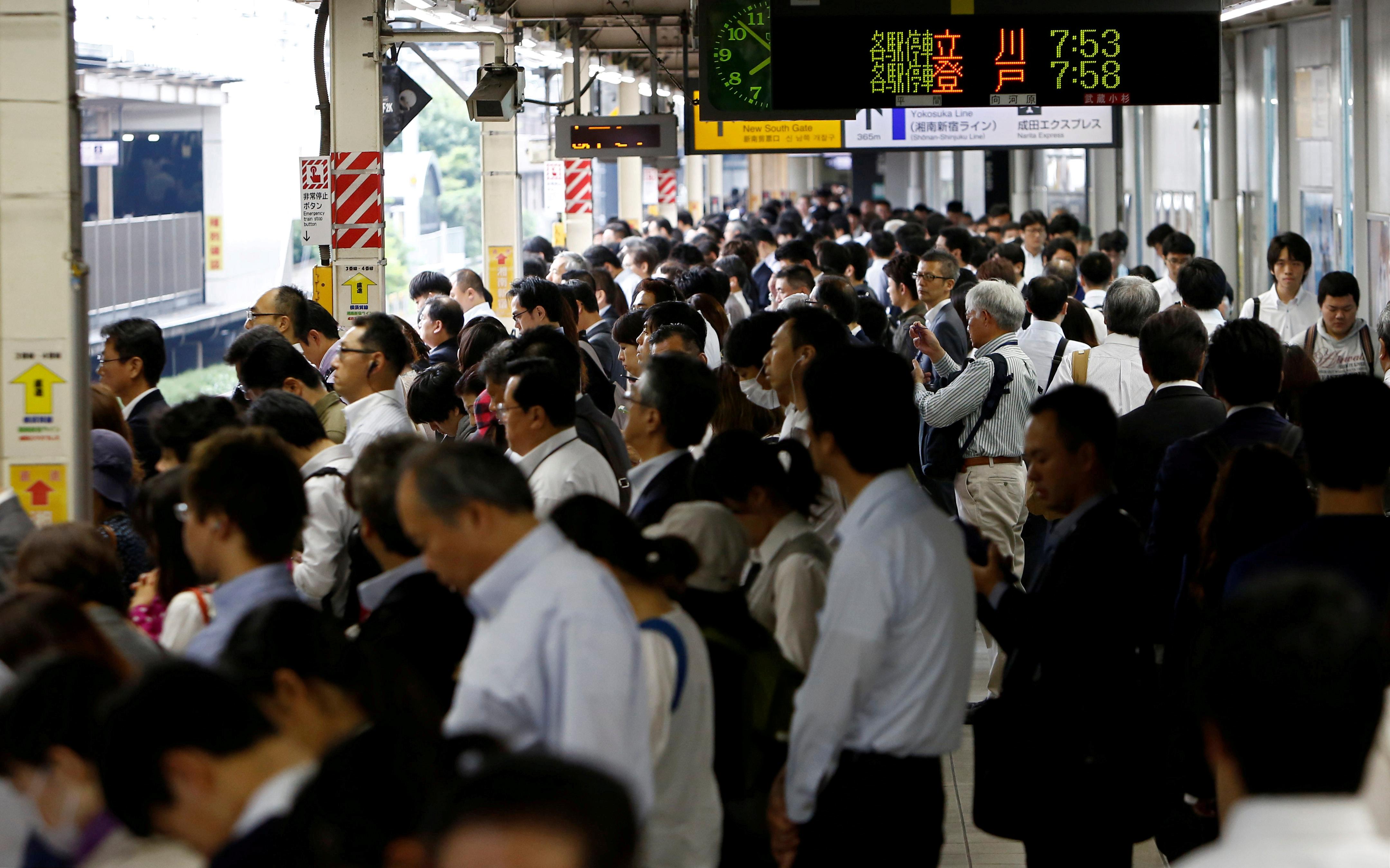 Now a mother of two, she still works flexible hours, including time at home, as director of the Sunny Side Up president’s office – with her boss’s blessing – taking care of both her family responsibilities and career.

Tanimura is a rare exception to the rule in hard-driving corporate Japan, where employees often feel pressured to put in long hours in the office.

In a Reuters poll, 83% of Japanese companies said they don’t currently allow employees to work from home. And 73% of firms surveyed said they aren’t considering allowing what Japan often refers to as ‘telework’, or telecommuting, during this summer’s Tokyo Olympic Games, according to the survey conducted from Jan. 30 to Feb. 12.

“To be honest, at first I felt sorry because everyone was working in the office and only I was at home,” Tanimura said at the company’s headquarters, just over a five-minute walk from the new Olympic stadium. “But I was being evaluated in terms of whether I achieved results … my performance didn’t decline.”

The aversion to allowing work from home is unwelcome news for the government, which wants companies to let their employees telecommute during the Olympics to make travel easier for Games participants and spectators on Tokyo’s notoriously packed trains and roadways.

It also points to a potential headache amid growing concern about the coronavirus epidemic that had killed nearly 1,800 in mainland China as of Monday and has spread to a number of countries in Asia including Japan. While companies elsewhere are drawing up contingency plans with large portions of staff working from home in a bid to contain the virus, most Japanese firms would have to implement radical change to follow suit.

The push to encourage working from home chimes with a broader campaign by Prime Minister Shinzo Abe’s government urging more flexible work hours to make it easier for women with children to take up jobs as Japan battles a severe labour shortage because of its fast-aging population.

Parissa Haghirian, a professor of international management at Sophia University in Tokyo, said she wasn’t surprised by the survey results because of structural issues found in traditional white-collar Japanese offices that favor hiring workers with general skillsets, rather than specialists, who are moved between divisions every few years.

Haghirian said the switching of roles leaves general workers needing more collective support: Work processes are not as clearly defined and documented as in Western companies, making it harder to work independently. A culture accustomed to group interaction also plays a part.

“You have this structure where people are always there (in the workplace) and do everything together. That strongly affects how people see work and do their work,” Haghirian said. “It’s very difficult to change that.”

To be sure, some survey respondents said they were not considering introducing telework during the Olympics because their businesses required them to be in physical locations – such as retail stores – or they were not based in Tokyo.

But others said they simply did not have a flexible-work policy in place, or did not have the technological set-up to allow people to work remotely.

“We don’t have any telework know-how,” one manager at a machinery maker wrote in response to the survey.

Still, some early adopters are bucking the trend.

Employees receive a laptop that requires fingerprint authentication and must take an online training course and pass a test in order to be eligible, said Akiko Hosokawa, general manager of Pasona’s human resources division. 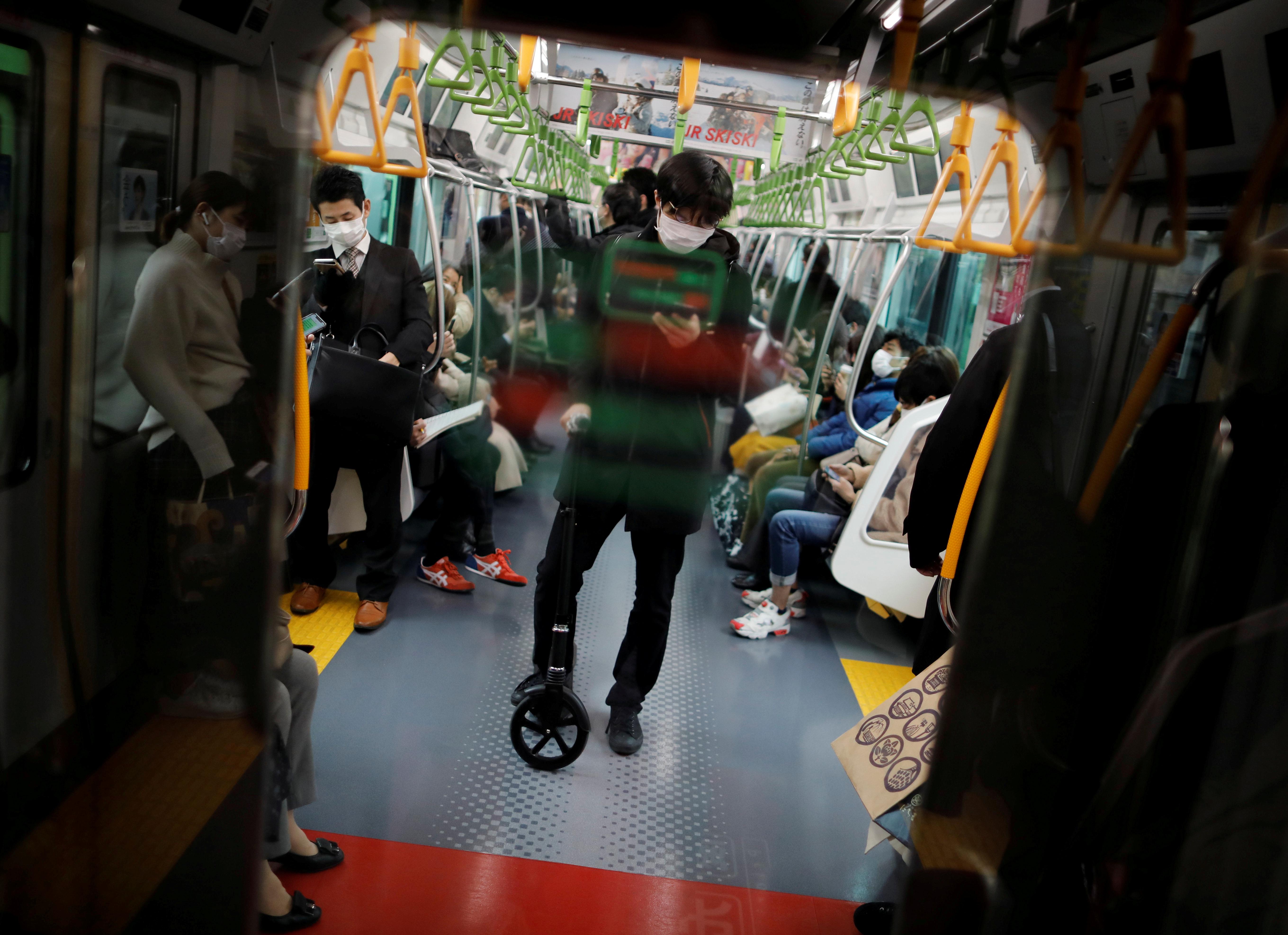 Pasona is still considering specifics for the Olympic period, Hosokawa said. The company is currently urging employees worried about the coronavirus to take advantage of off-peak commuting rather than travel in rush hours, she said.

Elsewhere, companies including drinks giant Asahi Group Holdings (2502.T) and tech conglomerate Fujitsu (6702.T) said they would encourage employees to telecommute during the Olympics to avoid travel to the office.

And Sunny Side Up said employees like Tanimura would be telecommuting during the entire Olympic and Paralympic periods because of its location close to the Olympic stadium.