LOME (Reuters) – Many people in Togo have only known just two presidents in their lifetime – Faure Gnassingbe, who is running for a fourth term in an election on Saturday, and his father Eyadema Gnassingbe – and some Togolese are sick of the long-running dynasty. 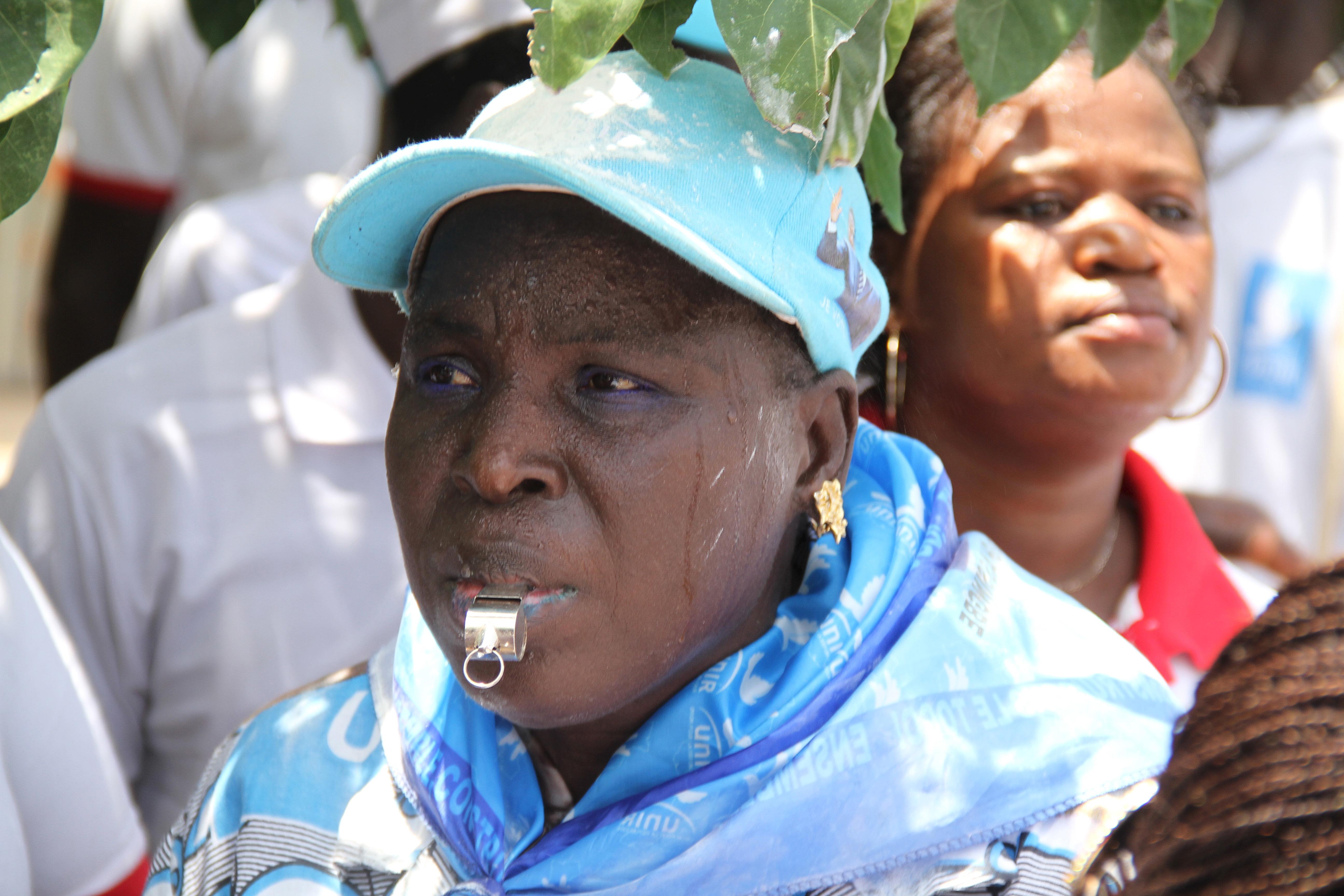 One such person is Farida Nabourema, 29, a pro-democracy activist who has organized protests calling for the president to step down. She is determined that her children should grow up under somebody other than a Gnassingbe, though she is realistic about the challenges.

“We don’t have high hopes that the opposition will be able to win,” said Nabourema, director of the democracy campaign group Togo Civil League. “We just hope there won’t be any more unnecessary bloodbath.”

The opposition is weakened by division and Gnassingbe is seen by political analysts as a shoo-in to win, despite widespread demonstrations against his rule in 2005 and 2017 in which hundreds died during clashes with police.

In response to political pressure, Gnassingbe enacted a law last year limiting presidents to two five-year terms. However, it is not backdated to account for the three terms he has already served, so he could stay in power until 2030.

His father seized power in a 1967 coup in the coastal West African country, a former French colony with a population of 8 million people.

Togo is the 10th poorest country in the world, according to the International Monetary Fund, and the country received 330 million euros in European Union aid between 2014 and 2020. The EU froze aid from 1993 to 2007, citing the country’s poor democratic record.

Gnassingbe has long promised to boost economic development and the country has seen annual economy growth of around 5% in recent years, driven by investment in energy and transport.

The capital Lome is home to pan-African Ecobank and major regional airline Asky, and the country has so far been spared the kind of jihadist violence that has hit neighboring Burkina Faso not far from Togo’s border.

But grinding poverty and labor strikes are reminders of the challenges ahead.

Many voters who spoke to Reuters see little way out if Gnassingbe stays in power.

“All of this is just comedy. How many times have we voted in this country and the results said something different?” said Espoir Gamado, a 45-year-old IT engineer. “I won’t be voting.”

When Gnassingbe came to power in 2005 after his father’s death, mass protests erupted that were met with a violent police crackdown and at least 500 were killed.

And yet, despite several attempts, the opposition has not formed a united front, and some experts believe Gnassingbe could win in the first round, without having to go to a run-off vote next month.

“Thanks to God, I think the victory is assured,” he told supporters last week in the northern opposition stronghold of Sokode as a crowd cheered and soldiers looked on.

Some 10,000 security forces will be deployed on voting day, the government has said.

Longtime opposition leader Jean-Pierre Fabre, a former journalist and human rights campaigner, is running for a third time, after coming second in 2010 and 2015. He has promised to restore democracy and fuel development.

Five other candidates are competing, including former Prime Minister Gabriel Messan Agbeyome Kodjo, who represents a coalition of opposition and civil society groups.

Fabre said that authorities blocked his campaign rallies and raised concerns about the transparency of the vote.

The electoral commission will maintain a centralized counting system, in which results are sent from voting precincts to its headquarters rather than being announced in each constituency. Critics say this makes vote-rigging easier but the authorities have said the election will be free and fair.

Polling stations for the more than 3.5 million registered voters will be open from 0700 GMT and close at 1600 GMT, with provisional results expected six days later.