1MDB was set up as a state fund to drive new investment in Malaysia, but investigators say the money went elsewhere.

Former Malaysian prime minister Najib Razak has gone on trial in the first of a series of cases linked to the scandal at 1Malaysia Development Berhad (1MDB), a sovereign wealth fund that was supposed to drive new development in the country.

The fund’s business is under investigation in at least six countries over allegations that billions of dollars were used to purchase luxury apartments, designer jewellery and art, and to fund the Hollywood movie Wolf of Wall Street.

Najib, the son of the country’s second prime minister, is the first Malaysian leader ever to go on trial for corruption in the country.

An arrest warrant has been issued for Jho Low, the elusive Malaysian financier at the centre of the 1MDB allegations, as well as for others believed to have been involved.

Here is a timeline of the scandal in the leadup to the trial that started on Wednesday, April 3.

Then prime minister and finance minister Najib launches 1MDB, a “strategic development company driving new ideas and new sources of growth”. The fund is wholly owned by the government of Malaysia and Najib is chairman of its board of advisers.

1MDB signs a deal with PetroSaudi International to set up a joint venture company and invests $1bn cash for a 40 percent stake. PetroSaudi, backed by oil and gas assets said to be worth $1.5bn, takes 60 percent in the business. 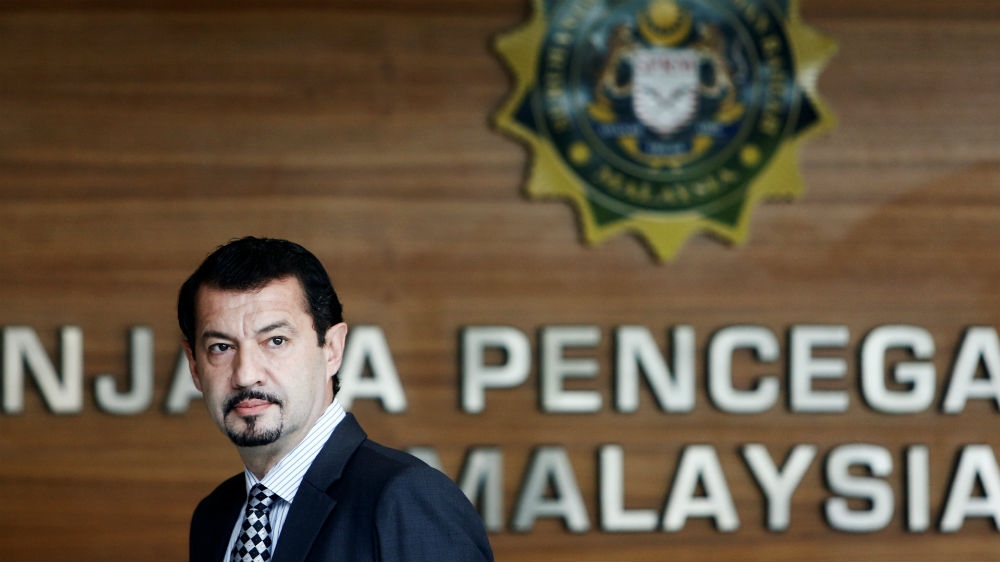 Najib launches the Tun Razak Exchange, built by 1MDB as a new financial district for Kuala Lumpur. Najib tells invited guests the first phase of the development will bring in RM3.5b ($856.8m) in direct foreign investments.

The “Wolf of Wall Street”, with Leonardo DiCaprio in the lead role, is released in the United States. The $100m film was produced by Red Granite Pictures, a newcomer co-founded by Najib’s stepson Riza Aziz. The end credits included a thank you to Jho Low, a young Malaysian financier. 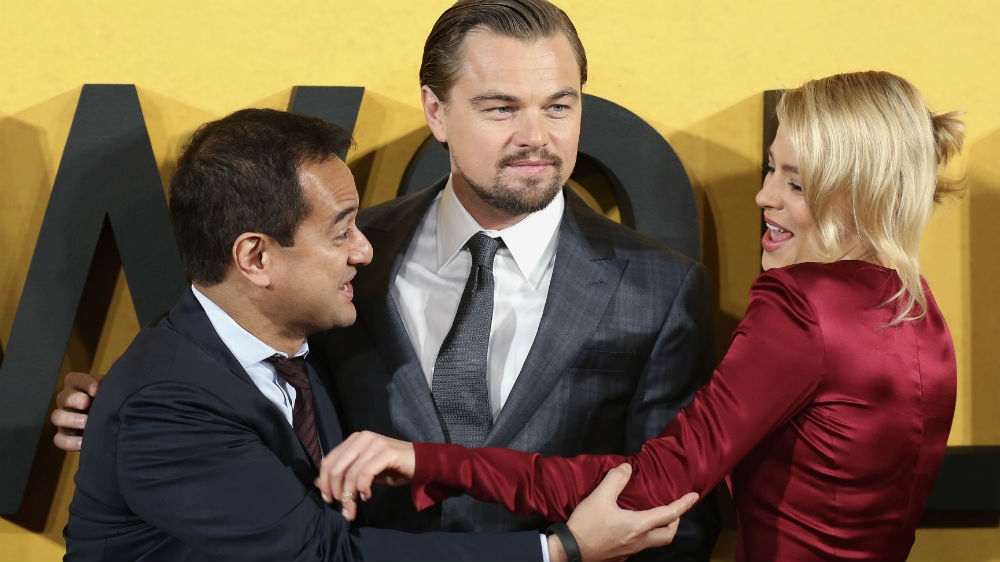 Under pressure, Malaysia’s government sets up a ‘special taskforce’ to investigate 1MDB.

The Wall Street Journal and Sarawak Report say nearly $700m suspected to have originated with 1MDB was deposited into Najib’s personal bank account.

Najib sacks the attorney general who was leading the Malaysian investigation and reshuffles his cabinet, removing key critics, including deputy prime minister Muhyiddin Yassin. The ruling party politician leading the parliamentary inquiry into 1MDB is made a deputy minister.

The changes effectively shut down the domestic investigation.

The new attorney general clears Najib of any wrongdoing, saying the $681m was a donation from a prince in Saudi Arabia and $620m was returned. 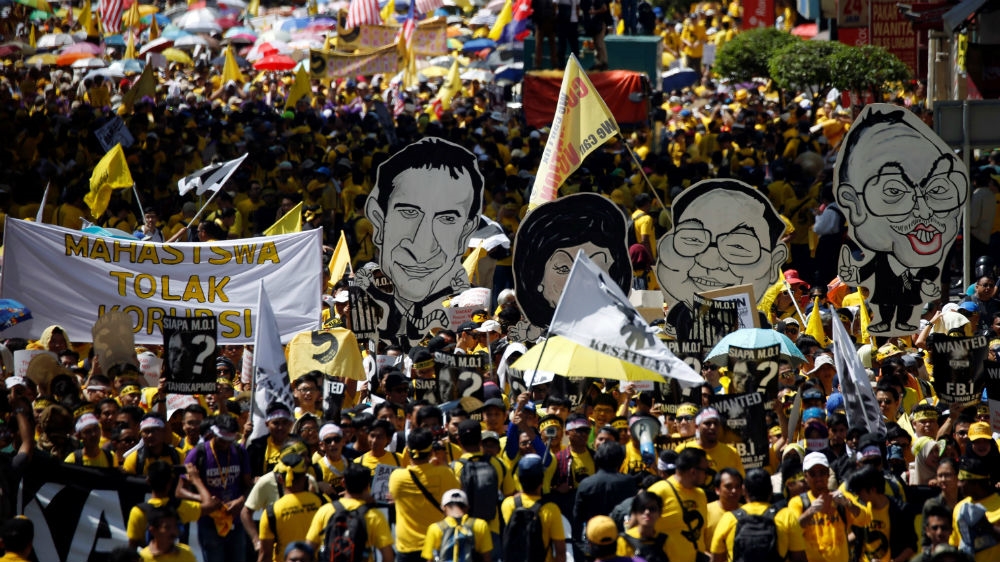 The United States Department of Justice files a civil suit to seize assets it alleges were bought with funds stolen from 1MDB. The suit says $681m found its way into the personal account of ‘Malaysian Official 1’, later identified as Najib by both the US and a Malaysian minister.

The justice department announces it believes more than $4.5bn was siphoned from 1MDB by senior officials and their associates.

The justice department says a criminal investigation into the fund is underway. The attorney general later describes the scandal as “kleptocracy at its worst”.

Najib is defeated in Malaysia’s general election amid deepening anger over 1MDB and the rising cost of living. Two days later, Najib and his wife, Rosmah Mansor, are barred from leaving the country. 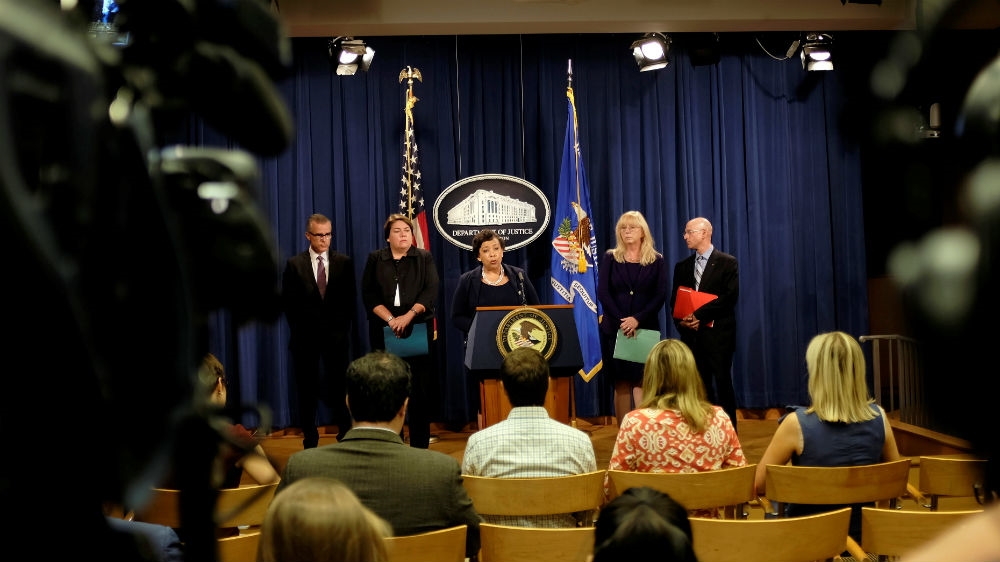 The first charges are laid against Najib in relation to 1MDB.

Rosmah also finds herself in court where she is charged with money laundering and tax evasion.

Najib appears in the Kuala Lumpur High Court in the first of what will be a series of trials relating to 1MDB. 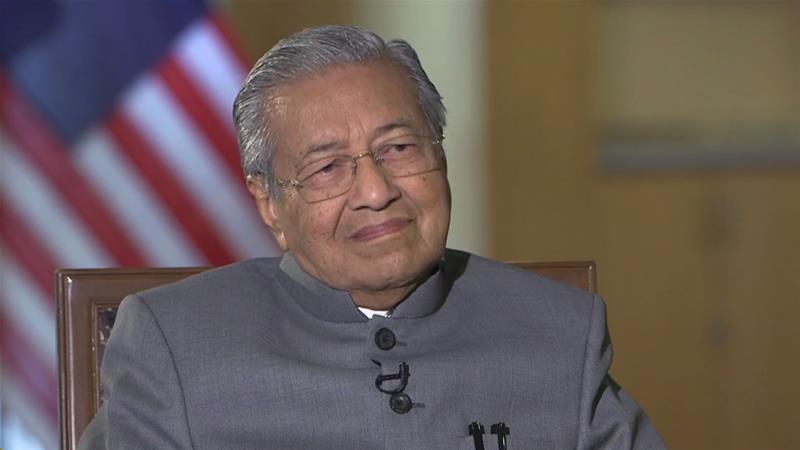