At least 50 deaths confirmed but officials expect the toll to rise as new heavy rain warnings are issued. 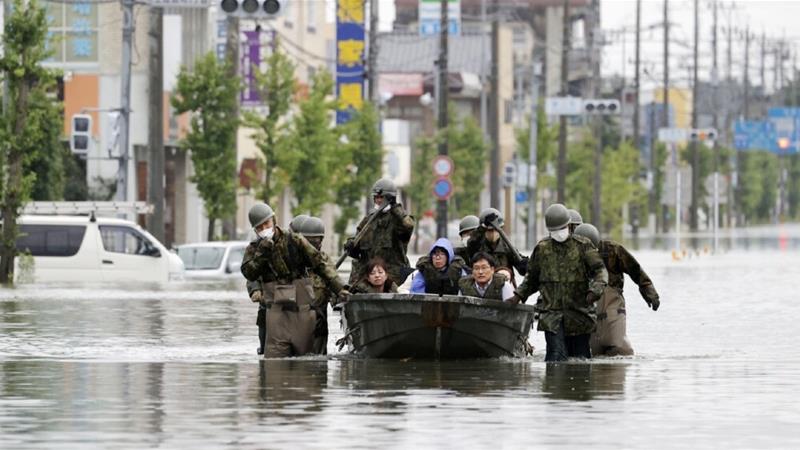 Rescuers are racing against time to save people stranded by heavy floods and landslides that have devastated southwestern Japan and left dozens dead.

Japan’s Meteorological Agency (JMA) on Tuesday issued its second-highest emergency warning for heavy rain and landslides over vast swaths of the Kyushu region, which has been pounded by downpours since late on Friday.

At least 50 deaths have so far been confirmed but officials expect the toll to rise, with more than a dozen people reported missing.

“We are racing against time,” Yutaro Hamasaki, an official in the hardest-hit region of Kumamoto, told AFP news agency.

“We have not set any deadline or time to end the operation, but we really need to speed up our search as time is running out. We won’t give up to the end.” 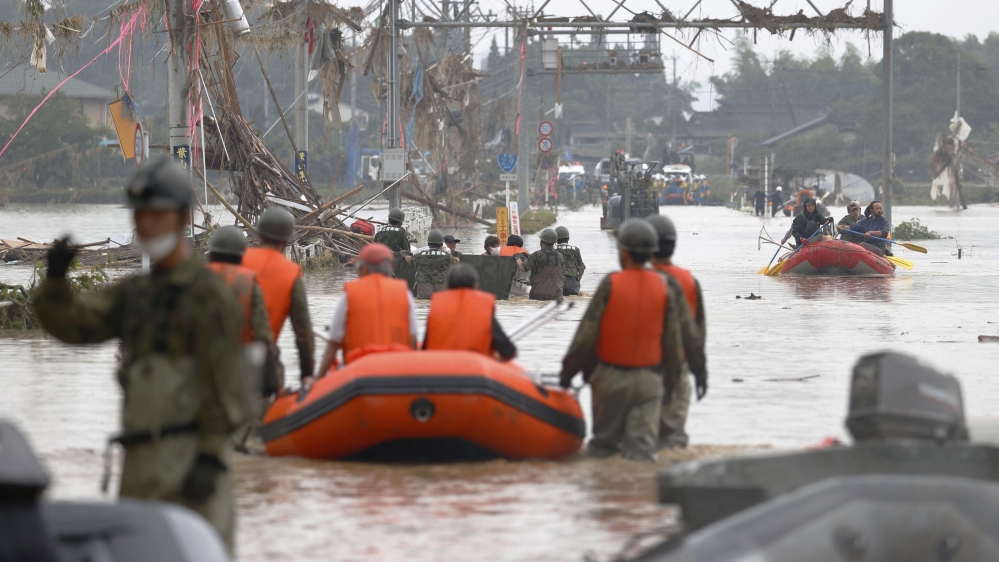 He also told reporters heavy rain was forecast through Wednesday in wide parts of eastern and western Japan, while the JMA warned “risks are rising” nationwide.

Despite Japan’s confirmed coronavirus figures being fairly low –  almost 20,000 cases and fewer than 1,000 deaths – the outbreak has further complicated the evacuation efforts.

Hundreds of thousands of people are under non-compulsory orders to take refuge but the need to maintain physical distancing has reduced capacity at shelters.

In Yatsushiro city, authorities converted the local sports gymnasium into a shelter, with families separated by cardboard walls to prevent the spread of the virus.

According to local media, some people were preferring to sleep in their cars rather than risk possible infection at a shelter.

The flooding has also compounded problems for businesses already hit hard by the pandemic.