BANGKOK (Reuters) – Young Thai political activists set fire to pictures of Prime Minister Prayuth Chan-ocha outside government house on Friday and called for his resignation, as pressure builds on the generals who orchestrated a 2014 coup to leave office. 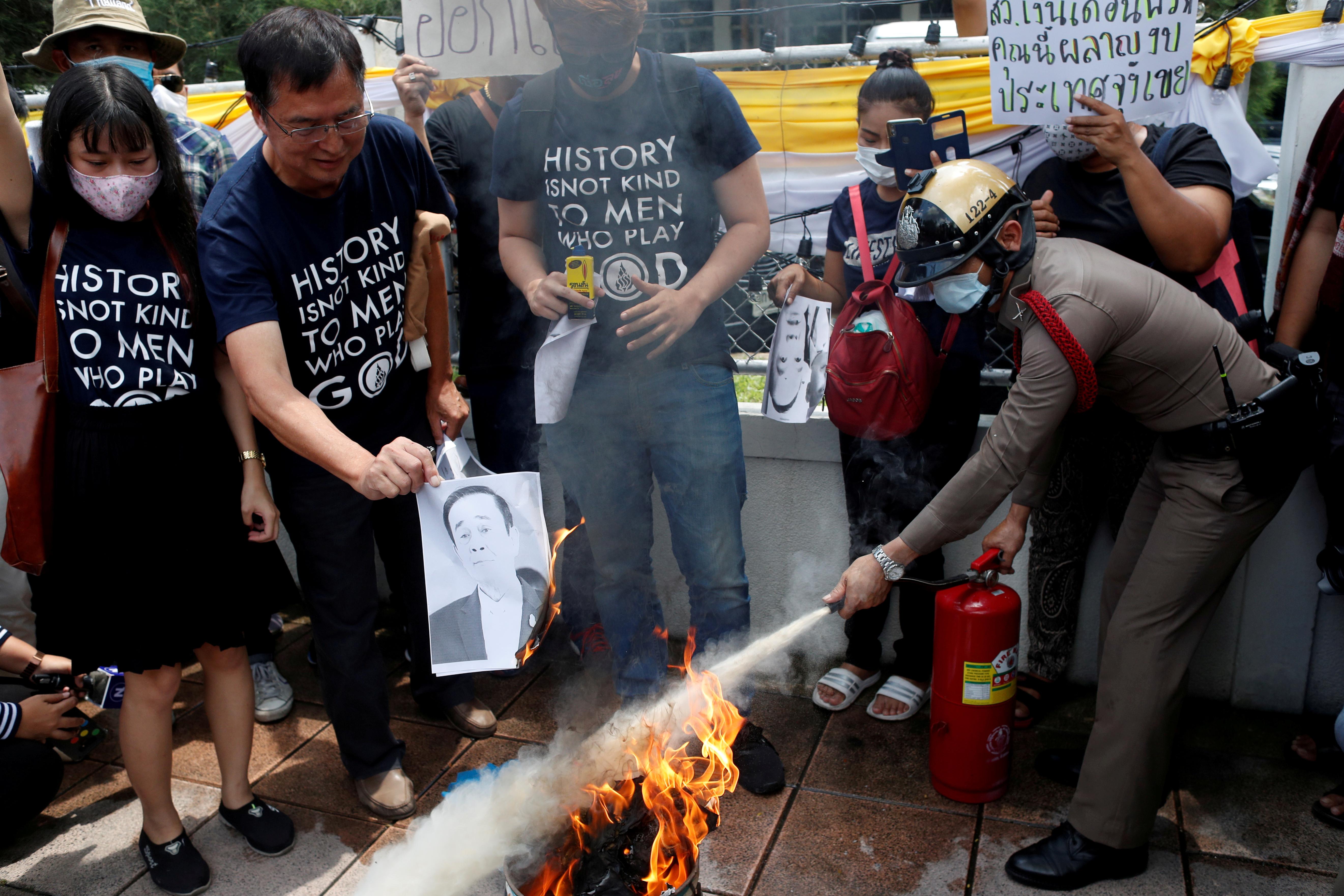 In the past week there have been small protests seeking to drive him from office in at least six provinces, while internal party squabbles have led to six cabinet members resigning.

“We want to burn the bad things in Thailand,” said protester Niwiboon Chomphoo, 20, adding that Prayuth remained in charge because of a constitution that was “unreliable and unfair for our democracy”.

Opponents say the military drafted a basic law that all-but guaranteed junta leader Prayuth remained in power as a civilian premier after national elections last year, with members of his royalist military clique in key posts.

Prayuth also faces a tough challenge to revive an economy that the central bank says could shrink by a record 8.1% this year and may have seen 7-8 million job losses, largely from coronavirus impacts.

Youth groups are planning more protests at the weekend. [nL3N2EU30X]

Last Saturday about 2,500 people rallied against Prayuth in one of the biggest demonstrations since the 2014 coup, during which there were veiled negative references to the powerful monarchy, [nL3N2ER3DD] [nL3N2EP02T]

Such allusions would once have been unthinkable in a country where criticism of the king is against the law.

A group of about 20 people submitted a letter to the military on Friday asking it to monitor anti-monarchy statements at the protests.

“Listen to us, we are your elders. Don’t create division,” Tul Sittisomwong, its leader, told reporters.

“We don’t have to show force to disagree and argue. We are ready to support the military to protect the highest institution.”