Many Argentines, already struggling with inflation, have been hit harder as Macri cuts government spending. 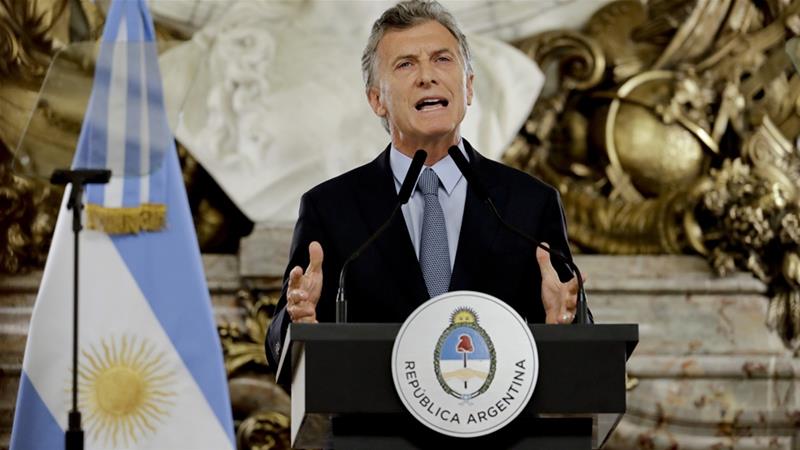 Tens of thousands of demonstrators blocked major roads in the capital of Buenos Aires in Argentina on Wednesday as they marched against high unemployment and the policies of leader Mauricio Macri, including cuts to public utility subsidies.

Many Argentines, already struggling with high inflation and a recession, have been hit with higher water and electricity bills due to cuts in government spending.

The cuts fall under an agreement with the International Monetary Fund (IMF) to erase Argentina’s primary fiscal deficit by the end of this year.

“We have to tell the government that the situation is really hard. We have always been open to a dialogue, but there is no effective social policy when the government has turned into a factory [for creating] poor people,” Gildo Onorato, leader of the Evita union group told local media.

The minister of social development, Carolina Stanley, warned against holding the protests, saying they generate “a lot of nuisance for many Argentines who want to go to work”, according to La Nacion, a local newspaper.

One protester, who identified himself as Alberto to local media, attended the march in downtown Buenos Aires with his one-year-old daughter. He said he was there because he could not find work and said his family got little state support.

“If there’s no work, I won’t have anything to leave behind for my children,” he was quoted as saying.

Macri is expected to run for a second term in October’s general election. He may be challenged by his predecessor, Cristina Fernandez de Kirchner, a favourite of Argentina’s left-leaning opposition.

Translation: In # Argentina several union [groups] join the massive mobilisation against the economic policies of the president.