Afghanistan’s interior ministry accuses the Taliban of carrying out 222 attacks against security forces in past week. 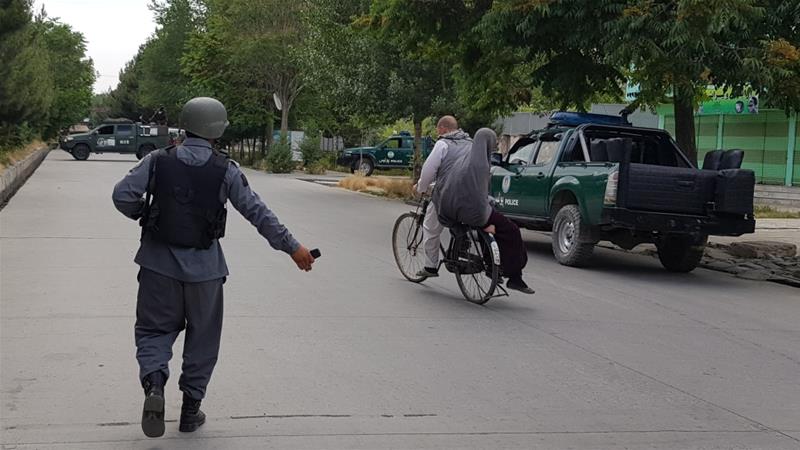 The Taliban has killed or wounded more than 400 Afghan security personnel over the past week, the interior ministry said, accusing the group of increasing attacks in the run-up to expected peace talks.

Violence dropped across much of Afghanistan since the Taliban announced a three-day ceasefire on May 24 to mark the Muslim Eid al-Fitr celebration, but officials have accused the group of stepping up attacks in recent days.

“In the past one week, the Taliban carried out 222 attacks against the Afghan security forces, resulting in the death and injury of 422” personnel, interior ministry spokesman Tariq Arian said at a news conference on Sunday.

He also accused the Taliban of targeting religious scholars in a bid to put “psychological pressure” on the Afghan government.

Bomb attacks on Kabul mosques that killed two prayer leaders this month were the work of the Taliban, Arian claimed.

“This has been the goal of the Taliban to target religious scholars, especially in the past two weeks,” he said, accusing the armed fighters of being an “umbrella group for other terrorist networks”.

Four people, including a prayer leader, were killed when a blast ripped through a mosque in Kabul during weekly Friday prayers.

No group claimed responsibility for the attack which came just over a week after an ISIL (or ISIS) attack at a mosque on the edge of Kabul’s heavily fortified Green Zone killed a prominent prayer leader.

The Taliban condemned both attacks.

After initially reporting a drop in overall violence following the ceasefire, National Security Council spokesman Javid Faisal on Sunday said the Taliban “have not reduced, but rather increased their attacks across the country”.

The council on Saturday also charged that the group had killed 89 civilians and wounded 150 in the last two weeks.

The accusations come after the government and Taliban signalled that they were getting closer to launching much-delayed peace talks.

President Ashraf Ghani has promised to complete a Taliban prisoner release that is a key condition to beginning the negotiations with the group aimed at ending nearly two decades of war.