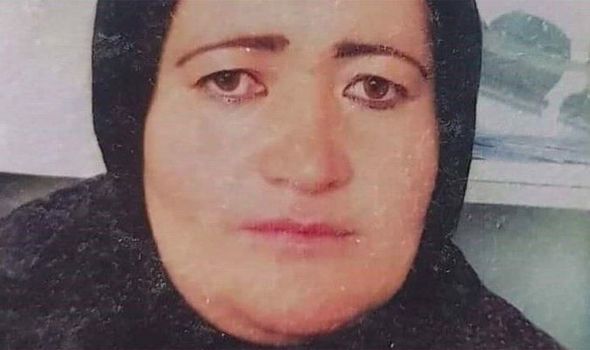 The woman was murdered at home in Firozkoh, the capital of central Ghor province. Her relatives said militants stormed into the house and beat and shot her in front of family members.

They said her husband and children were tied up during the execution.

The policewoman, believed to work at a local prison, was named as Banu Negar.

The Taliban had previously promised they would not seek revenge on former enemies.

Spokesman Zabiullah Mujaheed denied the group were behind the murder of Banu, said to be eight months’ pregnant. He said: “I am confirming that the Taliban have not killed her. Our investigation is ongoing.”

Mujaheed added that the Taliban had announced an amnesty for people who worked for the previous administration and put the execution on Saturday down to “personal enmity or something else”.

On the same day the Taliban broke up women’s rights protests in Kabul by firing shots into the air and using tear gas and tasers.

Hollywood star Angelina Jolie fears for women and girls in the country and insists the clock must not be turned back on 20 years of progress.

The 46-year-old actress, who is a special envoy to the UN high commissioner for refugees, said: “I’m thinking of all the women and girls who don’t know if they can go back to work or school.”