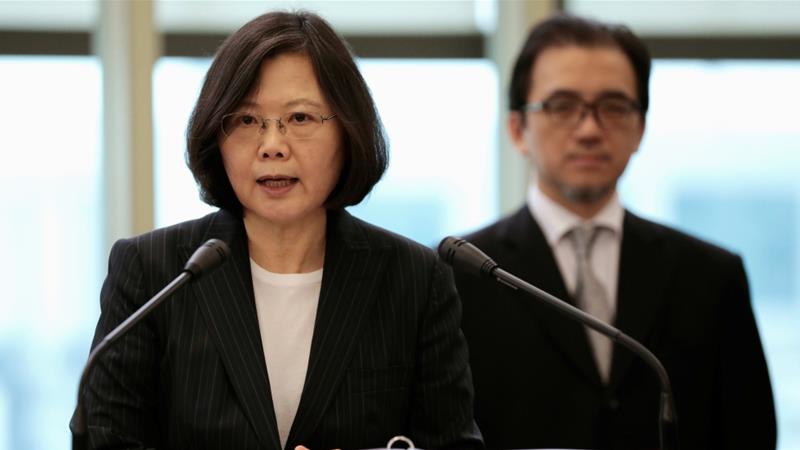 President Tsai Ing-wen has said Taiwan will not accept any deal that damages its sovereignty and democracy after the island’s China-friendly party said it might sign a peace agreement with Beijing if it won next year’s presidential elections.

The Chinese government claims self-ruled Taiwan as its own and has vowed to bring it under its control – by force if necessary.

While China has not broached the idea of a peace deal in years, Wu Den-yih, the chairman of the Beijing-friendly Kuomintang (KMT), said last week the party could sign a peace deal with China if it emerged victorious in the 2020 vote.

“Taiwan society will not accept any treaty that harms Taiwan’s national sovereignty and democracy,” Tsai told reporters in Taipei on Wednesday, adding that there would not be real peace unless China ruled out using force to bring Taiwan under its control.

Tsai’s Democratic Progressive Party, which wants to maintain the status quo, suffered heavy losses to the KMT in mayoral and local elections in November.

Beijing was expected to make fresh overtures to the KMT before the upcoming polls, security sources in Taiwan’s government familiar with the matter told Reuters news agency, a move they said could isolate Tsai’s government and sway the result of the hotly contested vote.

China has stepped up pressure on Taiwan since Tsai took office in 2016, regularly sending military aircraft and ships to circle the island on drills in the past few years. It has also heaped pressure on Taiwan internationally, including whittling down its few remaining diplomatic allies.

In a speech in early January, Chinese President Xi Jinping said China reserves the right to use force to bring Taiwan under its control.

Tsai has repeatedly called for international support to defend Taiwan’s democracy and way of life in the face of China’s renewed threats.