The fresh sanctions target ‘anyone doing business with the Assad regime’ anywhere in world as Syria’s economy falls. 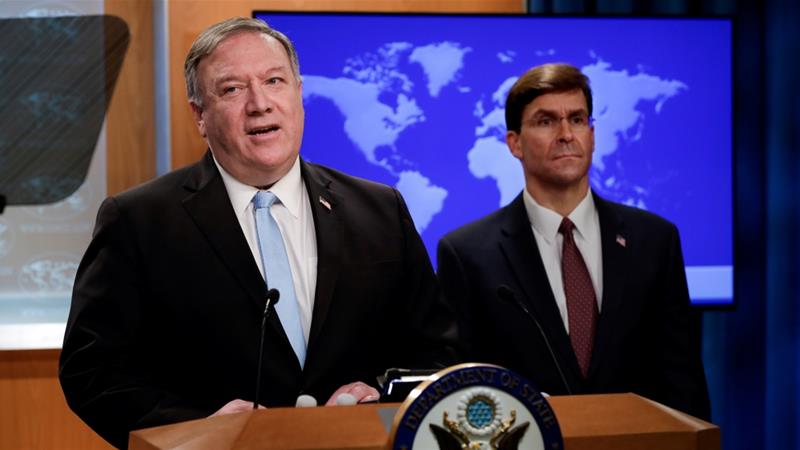 The Trump administration on Wednesday ramped up pressure on Syrian President Bashar al-Assad and his inner circle with a load of new economic and travel sanctions for human rights abuses and blocking a settlement of the country’s conflict.

The State Department and the Treasury said 39 Syrian individuals, including al-Assad and his wife, had been designated for the new sanctions.

Others include members of the extended al-Assad family, senior military leaders and business executives. Many of those on the list were already subject to US sanctions, but the penalties also target non-Syrians who do business with them.

One newcomer to the US blacklist is al-Assad’s wife, Asma, who had not previously been targeted but was hit for becoming what the State Department said is “one of Syria’s most notorious war profiteers”. 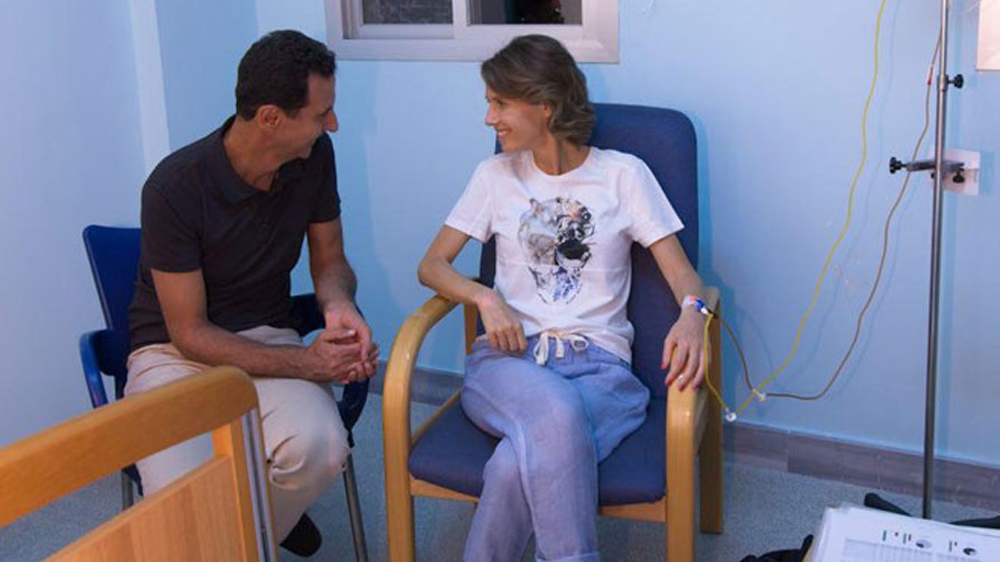 The sanctions are the result of legislation known as the Caesar Syria Civilian Protection Act, named after the pseudonym of a Syrian who worked with the military police and turned over photographs of thousands of victims of torture by al-Assad’s government.

Secretary of State Mike Pompeo said the designations represent “the beginning of what will be a sustained campaign of economic and political pressure to deny the Assad regime revenue and support it uses to wage war and commit mass atrocities against the Syrian people”.

“Anyone doing business with the Assad regime, no matter where in the world they are, is potentially exposed to travel restrictions and financial sanctions,” Pompeo said in a statement.

The Washington-based Syria Center for Justice and Accountability said the Caesar sanctions are designed for this purpose, “aiming to deter foreign financial engagement and commercial reconstruction agreements with the Assad government”.

But the group said the sanctions also contain provisions exempting humanitarian goods and services, similar to other sanctions, and intended to ensure the flow of aid and mitigate the economic consequences of the sanctions on the Syrian people.

Still, the currency collapse is obviously in part deepened by the panic over the effect of the sanctions.

A financial crisis in neighbouring Lebanon, where there are controls on withdrawals and a shortage of foreign currency, has also affected the Syrian banking sector and Syrians who had saved or did commercial transactions through Lebanon. Iran’s own economic woes, and the economic effect of coronavirus restrictions in the region, have all added to the crisis in Syria. 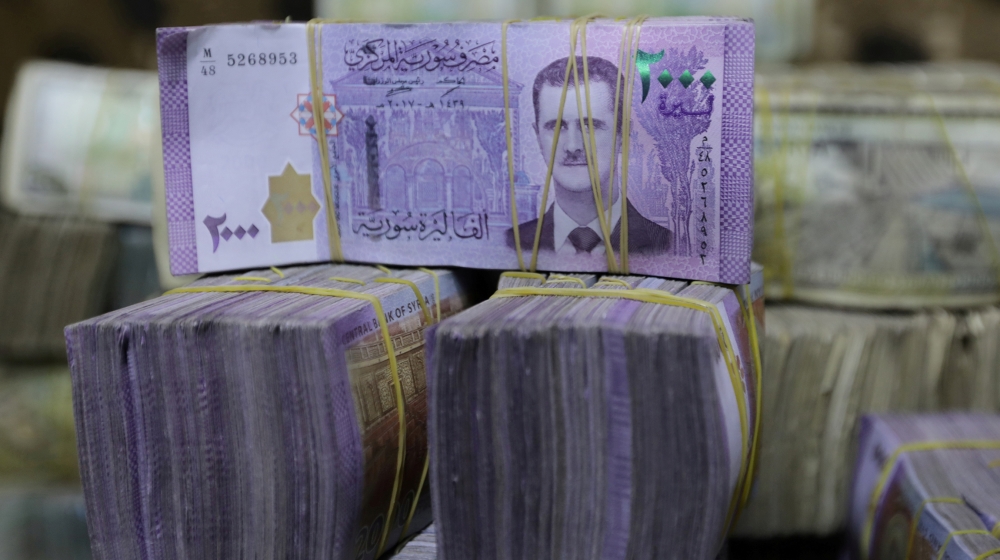 “Ultimately, the most significant cause of the economic crisis is the Syrian government – its irresponsible fiscal policy, continuous corruption, refusal to respect international laws and norms or engage in good-faith political and diplomatic negotiations,” said SCJA in a report issued on Tuesday, which added that the sanctions offer a clear path for the Syrian government out of the sanctions.

“Both the US and the EU sanctions regimes make clear that sanctions will be lifted if President Assad agrees to a political transition of power,” it said.

“If the Syrian government is genuinely concerned about the impact of economic sanctions on its ability to protect the Syrian public from COVID-19, there is a clear option available to it.”