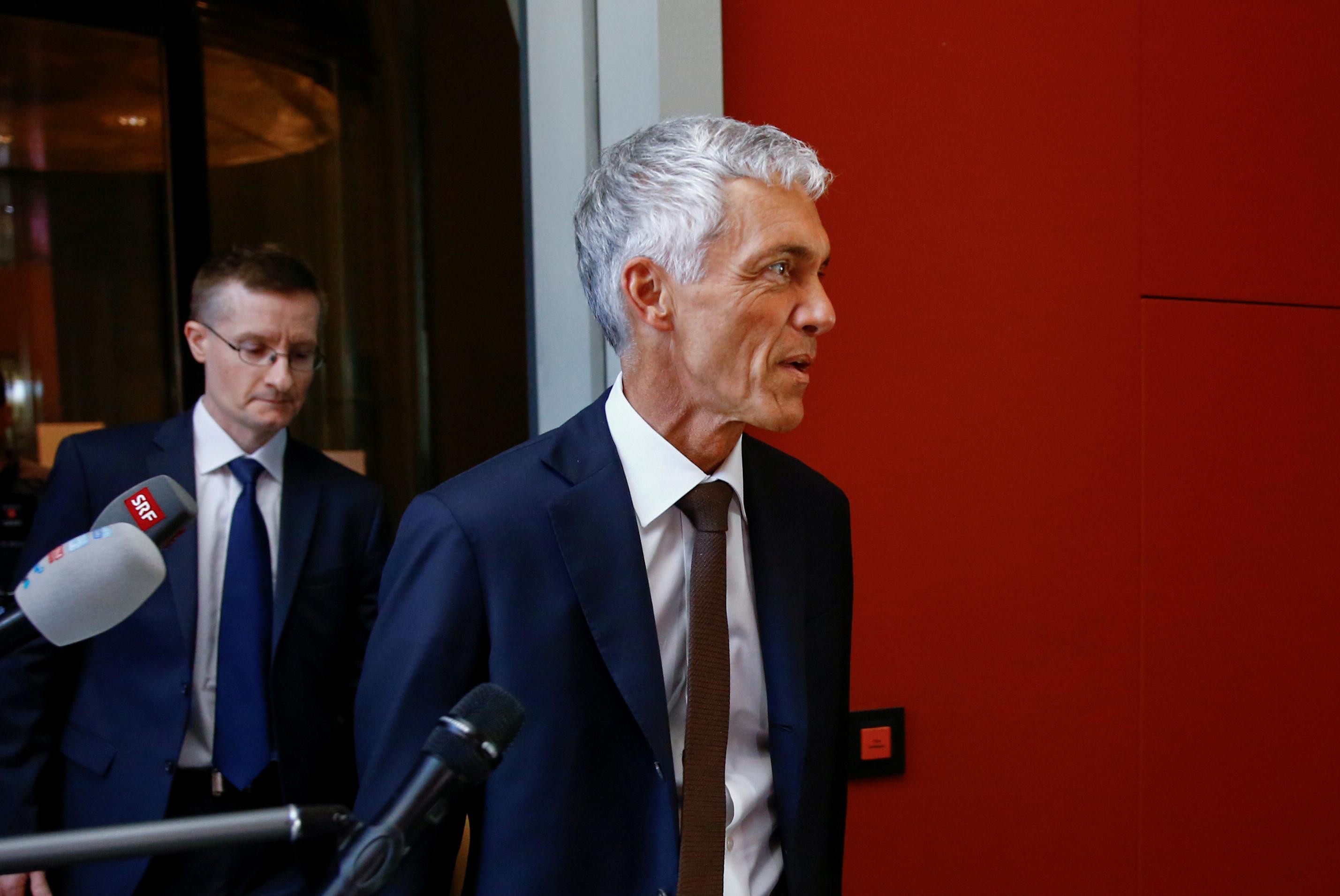 ZURICH (Reuters) – The office of Switzerland’s top prosecutor on Wednesday defended its record as an independent enforcer of Swiss law after a Financial Times report about international scrutiny of Attorney General Michael Lauber and concerns about his independence.

The FT reported on Wednesday that senior U.S. and European politicians had written to the Swiss government to express concerns over Lauber’s connections to Russia.

Lauber’s links were highlighted this month when a former aide was convicted by a federal appellate court of accepting benefits from Russian authorities, with Lauber’s own conduct subjected to scrutiny during the hearings.

Lauber’s office found itself in the position of having to file charges against the man from its own ranks.

After Wednesday’s FT report, Lauber’s office said in an emailed statement that all its investigations were conducted on a legal basis, not the basis of personal or political ties.

Concerns over Russian ties are only the latest headache for Lauber, who last month became the first national official since modern Switzerland’s founding in 1848 to undergo an impeachment process, relating to a separate investigation into corruption in world soccer. The impeachment proceedings, launched by a parliamentary panel in May, remain ongoing.

The Financial Times said that U.S. and European politicians were especially concerned about Switzerland’s handling of a graft scandal linked to the death of Russian lawyer Sergei Magnitsky in a Moscow jail in 2009, after court revelations that one of Lauber’s ex-aides, who was involved in the investigation, had been accepting gifts from Russian prosecutors.

Lauber’s office said it was responsible for handling several legal assistance requests from Russia, some of which had been executed and some of which were still being carried out.

Related posts:
Hot News
Chinese journalist shoved to ground by police ‘to stop her filming in hospital’
Dad took pics of student through window and ‘told friend she was a sexy b****’
Nicola Sturgeon’s deputy hints at stricter travel quarantine than rest of UK for Scotland
Mum kills daughter, 5, by gouging out eyes with scissors and eating her tongue
Britons FURIOUS at ‘typical foot-stamping’ EU as vaccine spat erupts – ‘Glad we’re out!’
Recent Posts
This website uses cookies to improve your user experience and to provide you with advertisements that are relevant to your interests. By continuing to browse the site you are agreeing to our use of cookies.Ok