Suez Canal blocked after cargo ship Ever Given turns sideways

Dozens of ships carrying everything from oil to consumer goods have been delayed after the Ever Given, owned by Taiwan-based firm Evergreen, got struck in the key strategic waterway, and companies may have to re-route cargoes around Africa if the blockage extends beyond 24 hours, shipping sources has indicated. And Jeremy Thomson-Cook, chief economist and international business payments specialist at Equals Money, said the impact would be felt well beyond the immediate vicinity.

Mr Thomson-Cook told Express.co.uk: “Such an incident shows that global supply chains depend on both complex and straightforward things; for international trade, there is no worse place to run aground in the middle of the Suez Canal.

“Hopefully, ships begin to flow through the canal sooner rather than later, or we are likely to see a short-term hit to both manufacturing and services industries in the West.”

He explained: “Some manufacturing processes, particularly cars, depend on just-in-time delivery of parts to keep costs down and the process as efficient as possible. Delays will upset that while perishable goods may be unusable once they eventually reach their intended destination.” 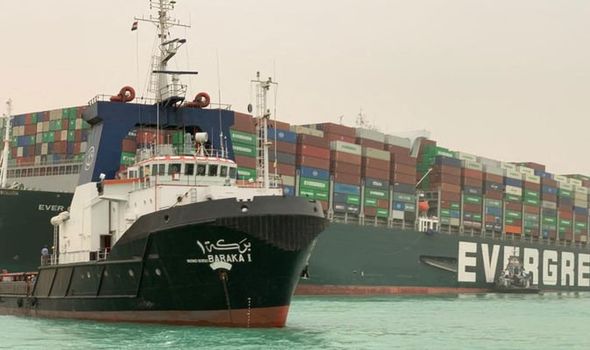 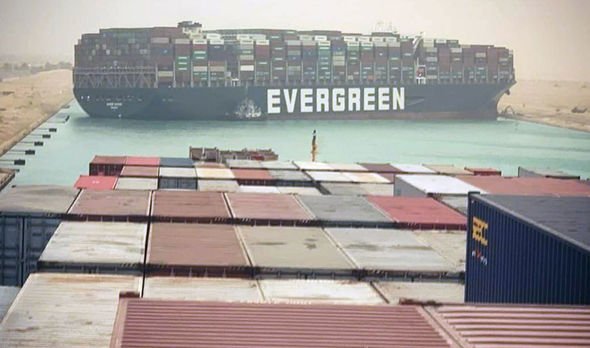 The 400-metre, 224,000-tonne vessel, which got stranded yesterday morning after losing the ability to steer amid high winds and a dust storm, has now been partially refloated.

However, shipping sources say the grounding has disrupted regular voyages through the Canal, which is one of the world’s critical chokepoints, offering the quickest available sea route between Asia and Europe.

Kpler said more than 20 oil tankers carrying crude and refined products were affected by the disruptions. 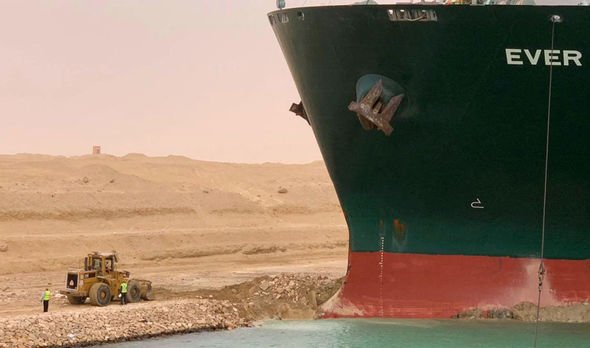 Any delays can have a knock-on effect for both LNG and European gas prices.

There were also more than 13 container ships anchored around Suez with at least two others waiting in the Mediterranean, Refinitiv ship tracking data showed. 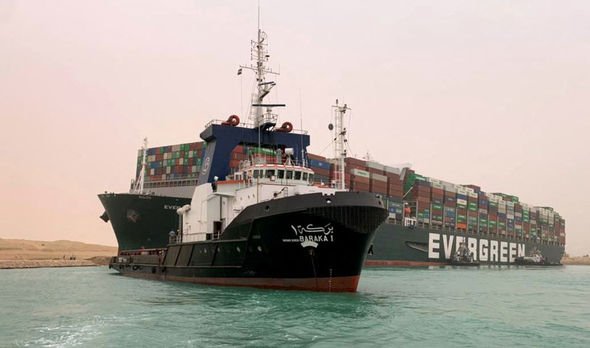 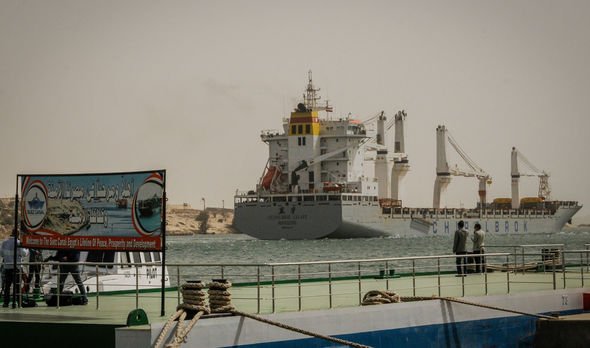 The world’s biggest container line, AP Moller Maersk, said seven of its vessels had so far been affected, with four stuck in the canal system and the rest are waiting to enter.

Shipping sources fear if the situation is not resolved soon ships could start having to re-route around Africa, which takes a week longer to navigate.

Chris Evans, international supply chain specialist with professional services company Colliers, said: “The next 24 hours will be critical in determining the longer-term impact.

“If there is a significant delay, then it is likely that the Cape of Good Hope will serve as an alternative route to keep things moving.” 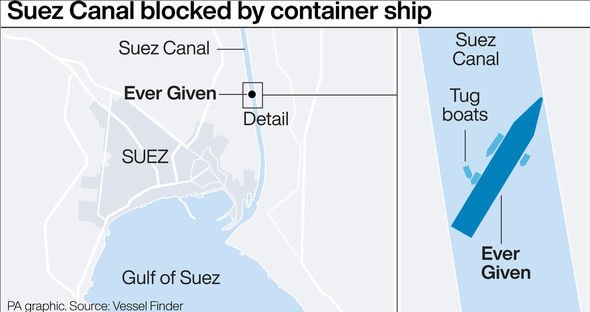 Disruptions caused by the coronavirus and a surge in demand for retail goods by consumers have resulted in wider logistical bottlenecks around the world for container lines and supplies in recent months.

Greg Knowler with IHS Markit’s Journal of Commerce said: “With the Asia-Europe supply chain already stretched to the limit, the Suez Canal blockage comes at a particularly unhelpful time.

“Container shipping lines have deployed every available vessel to serve heavy demand from European and UK importers, with congestion delaying the handling of inbound cargo.”

Ranjith Raja, Head of MENA Oil & Shipping Research, at Refinitiv said: “We’ve never seen anything like this before but it’s likely that resulting congestion will take several days to weeks to clear as it is expected to have a ripple effect on the other convoys, schedules and global markets – given the vital importance of the waterway. 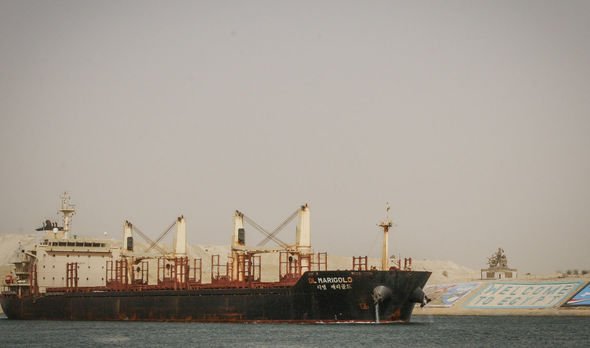 “The benchmark crude prices have already shown a strong upswing on the back of this incident which has closed canal movement for more than a day.

“Prices have surged by five since market opening this morning.

“Our ship tracking data has also found that there were 53 tankers stuck either side of the canal, with about 27 of them carrying an estimated 1.9 million MT of oil cargo – equivalent to almost half of UK’s monthly crude intake. The vessel entered the canal some 45 minutes before it became stuck, moving at 12.8 knots (about 24 kph, 15 mph) just before the crash.

“Typically, a pilot from Egypt’s canal authority would board a ship to guide it through the canal, but the ship’s captain retains ultimate authority for navigation.”