Ukrainian forces report strikes on transport links and bases in the south, around Kherson Oblast, as a major counteroffensive seeks to take back the Kherson region. Volodymyr Zelensky’s office has said there is “heavy fighting” in “almost the entire territory” occupied by the Kremlin’s military.

Video emerging on social media also indicates a huge fire is burning in Crimea, where Ukraine has targeted Russian bases in recent weeks.

In an update on Wednesday morning, Ukraine’s Operational Command “South” said the airforce made 16 strikes on locations in the south of Ukraine, including “support points” and “ammunition warehouses”.

It also said four strikes have been launched on “transport arteries” relied on by Putin’s military.

This includes two hits on the Antonovsky Bridge near Kherson city, which crosses the Dnipro River and is described by the UK’s Ministry of Defence as a “key vulnerability” for Russia. 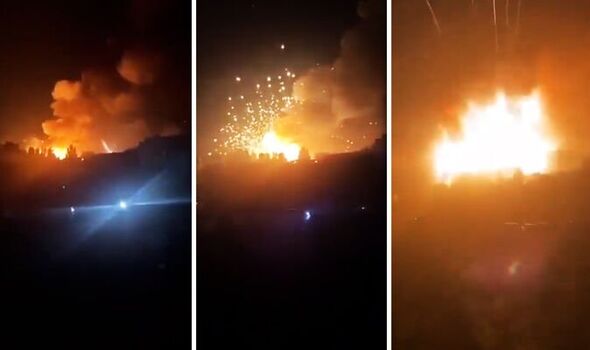 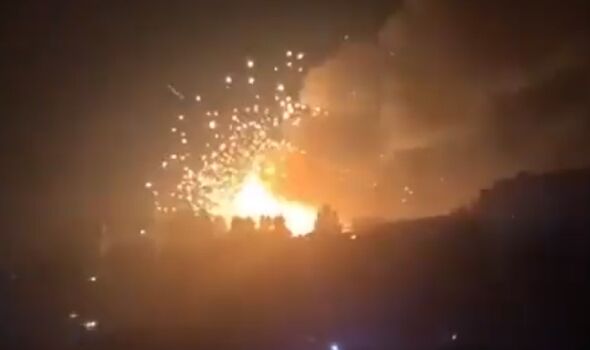 Frontline Twitter account War in Ukraine, which provides regular updates from the warzone, released a one-minute video showing an enormous explosion at night.

It indicates this occurred overnight at a warehouse and is captioned: “Novіy Kahovtsi. Straight to the bullseye, to the nest of orcs.” 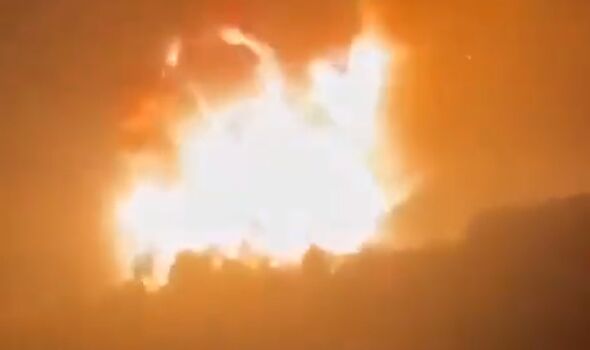 Yaroslav Yanushevich, head of the Kherson regional military administration, said on Tuesday all the region’s major bridges have been put out of action.

He said: “As a result of these actions, the Russian army was cut off from the supply of weapons and personnel from the territory of Crimea and the left-bank part of Kherson Oblast.”

He added: “We must remain calm and not interfere with our military.

“There is a lot of information, but right now it is important to maintain informational silence in or-der to not harm our army.”

Multiple videos show a giant smoke cloud blanketing an area of Crimea from separate angles, though no strikes have been confirmed yet on its territory.

On Tuesday, Ukraine said it had broken through Russia’s first line of defence if Kherson Oblast.

“Another arrival on the Antonovsky bridge!

“It seems that this is the final chord.”