Storms tearing across the UK this week broke an intense heatwave which had descended over the country. Many people will have heard thunder rumble throughout much of the day, with blustery storms following. Beforehand, they may have seen a sky tinged with a sickly yellow, a sight reserved for storms which ignite in hot weather.

Why is the sky yellow before a storm?

People often associate sulphuric yellow sky with the start of a hurricane or tornado in the US.

But in the UK, where these extreme events rarely present themselves, yellow skies have a less sinister cause.

They relate to the time of day when a storm develops. 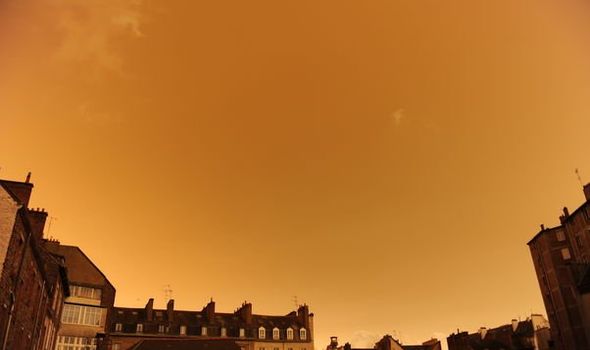 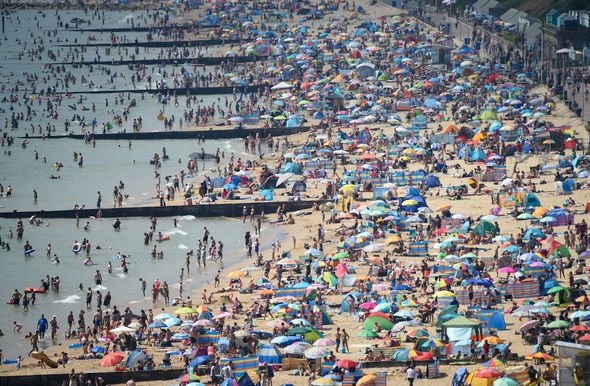 They said: “Most thunderstorms occur in the late afternoon. By this time of day, the sun is beginning to set.

“The orange hue is caused by the same process that causes the vivid colours at sunsets.

“Shorter wavelengths of light (blue) are scattered quickly, leaving only the yellow-orange-red end of the spectrum.” 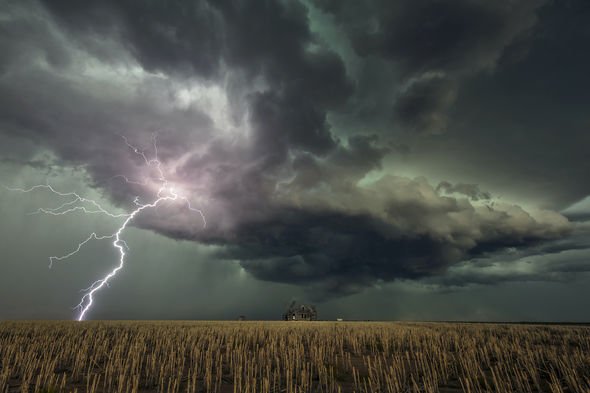 Most storms form in the afternoon because they require heat to do so.

Sun bakes the ground, and in turn, the earth heats the air above it in a process named conduction.

When the warm air rises, it meets sinking cold air, which causes convection, a key mechanism in forming thunderstorms.

Over the last few days, relentless heat has pummelled the ground, which gave rise to yesterday’s severe weather. 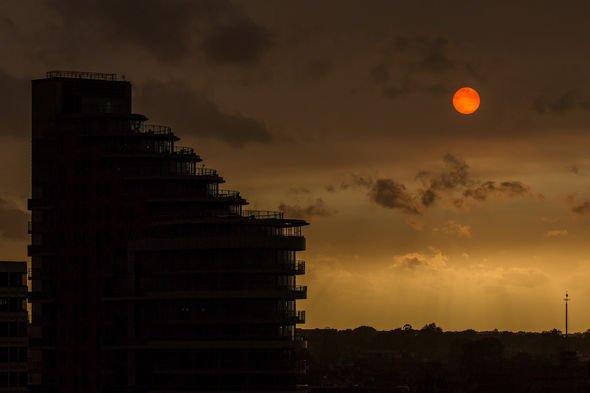 Late afternoon thunderstorms can also turn the sky green in some cases via the same process.

But the change in colour isn’t always so innocuous, as autumn hurricane Ophelia proved in 2017.

She said: “You may recently have sensed a distinct rise in temperatures, uncharacteristic of mid-October; this was due to Southerly winds from Africa, Spain and Portugal extending up to British shores which preceded Hurricane Ophelia.”

“As the hurricane whirled past Africa, she collected dust particles from the Sahara Desert, and as she continued up past Western Europe, Ophelia accumulated smoke from the wildfires of Northern Iberia.

“The bundle of dust and smoke particles were lifted high into the atmosphere where they split out the light spectrum.

“Blue light, which usually paints the sky, was scattered enabling more yellow and orange light to break through.

“The abundance of mainly yellow and orange light resulted in the yellow-tinged sky and striking orange Sun.”