The UK is in for another weekend of severe weather after storms Ciara and Dennis wreaked havoc across the nation earlier this month. The recent extreme weather had led to devastating flooding in parts of the country and more than 200 flood warnings remain in place.

There is currently one severe flood warning, meaning danger to life, in place for River Severn at the Wharfage, Ironbridge.

The flood barriers at the Wharfage, Ironbridge have been compromised and cannot prevent flooding of properties.

The Environment Agency (EA), said: “Your safety, home and possessions are at risk. Act now. 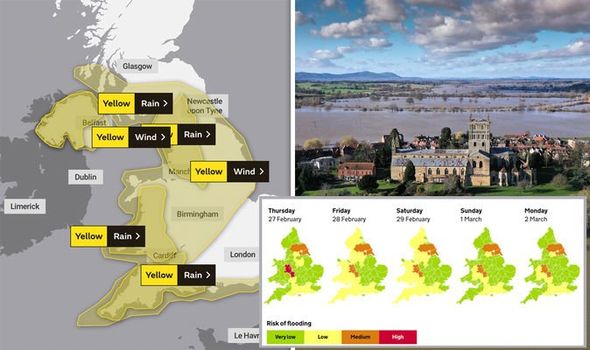 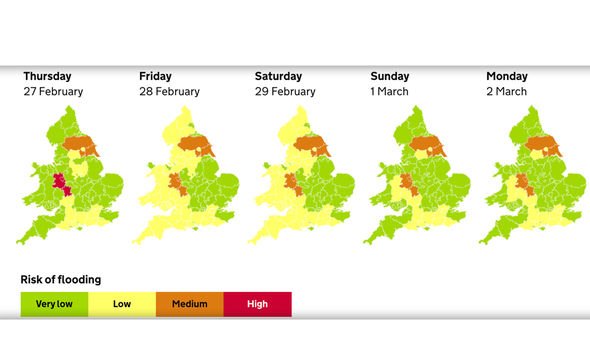 “We continue to be on site and are working with partners to minimise flood risk and to assess the barriers condition and that of the road.”

With Storm Jorge, named by the Spanish Met service on Thursday, approaching, heavy rain is expected to worsen the situation in already flooded areas.

Winds of up to 70mph will hit coastal areas and rainfall of up to 80-100mm could fall. 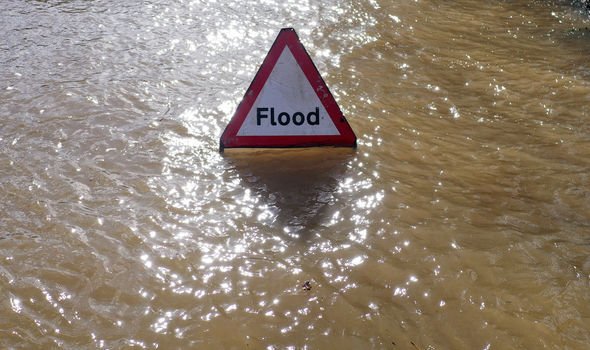 Is your area at risk of flooding?

The Met Office has issued rain warnings for parts of Wales and northern England for Friday night, where rain will be heaviest and we could see up to 100mm.

Wind warnings are in place for Northern Ireland, Wales, southern Scotland and much of England.

In EA’s flood forecast for Thursday to Monday, it said: “Flooding that is dangerous to life will continue for parts of the River Severn in Telford and Wrekin, Shropshire and Worcestershire today (Thursday).

“Less severe flooding will then be ongoing for this part of the River Severn at least until Monday.

“Property flooding and disruption to travel and essential services is likely to continue.

“Flooding on the lower River Aire in Yorkshire is expected to continue for the next five days.

“Property flooding and disruption to travel is expected. New flooding from surface water and rivers is probable from Friday afternoon into Saturday for Wales and parts of the north, south-west and possibly south-east of England, due to further heavy rain.

“This is also possible again on Sunday and Monday in the north of England. 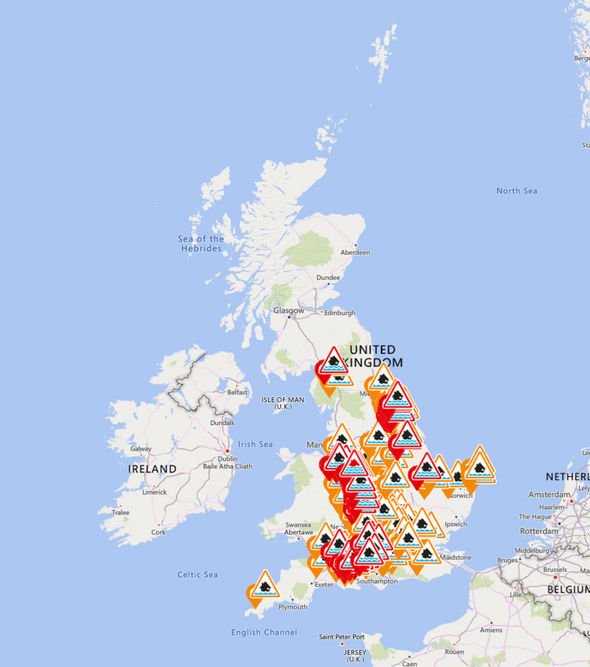 “Land, roads and some properties could flood and there could be travel disruption.

“Flooding from rivers then continues in parts of England and Wales, particularly along other parts of the River Severn and slower responding rivers such as the Rivers Ouse, Aire, Trent and Wye.

“Local groundwater flooding is expected to be ongoing over parts of the south of England for at least the next five days.

“Local coastal flooding impacts are also possible for parts of the south coasts of England and Wales on Saturday and Sunday due to gales and large waves.”

Related posts:
Hot News
Your New Favorite Sauce
Arctic sea ice at record low October levels
PayPal Invests in Racial Equality
The procrastinator’s guide to Colorado’s 2020 ballot
Exchange operator CME's quarterly profit slumps 35%
Recent Posts
This website uses cookies to improve your user experience and to provide you with advertisements that are relevant to your interests. By continuing to browse the site you are agreeing to our use of cookies.Ok