Incredible footage from south Wales shows the terrifying moment a landslide crashes down a mountainside, following the extreme Storm Dennis weather. The record-breaking level of rain that has swept across the UK during Storm Dennis has even swallowed up entire roads and sparked travel chaos. Police have declared major incidents in south Wales and Herefordshire following the mass flooding.

The landslide took place Rhondda valley, south Wales, a region that has experienced the brunt of the extreme weather conditions.

Efforts are already underway to rescue people after evacuation orders were imposed on several Welsh towns including Neath and Monmouthshire.

Homes have also suffered widespread flooding in Herefordshire, where one resident told the BBC that Storm Dennis struck “like a tornado”. 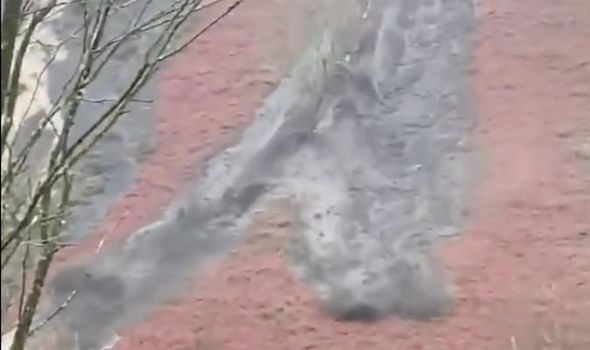 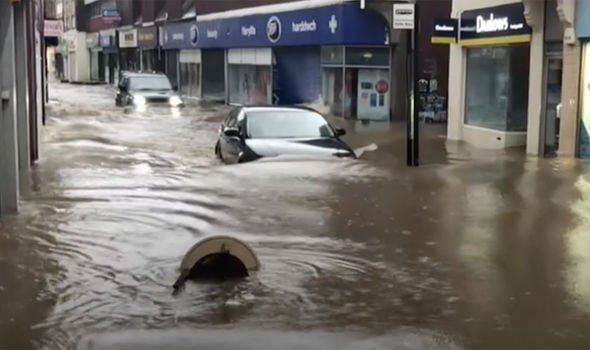 More than 300 flood warnings have been issued across the UK.

The Environment Agency confirmed this afternoon that today had seen more flood warnings and alerts in force in England than any other day on record.

There are currently four severe flood warnings in England and two in Wales, which mean there is a danger to life. 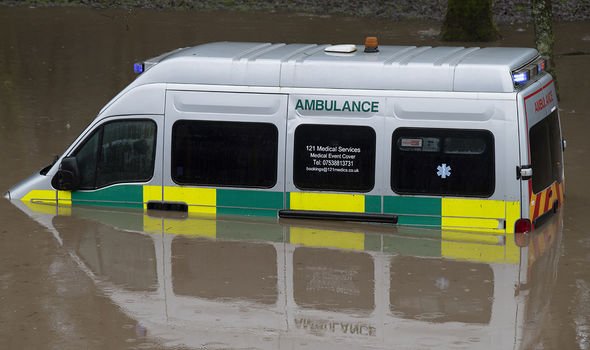 On Sunday morning, the Met Office issued its first red rain warning – the highest tier – since 2015.

A number of train services have been suspended across the country due to the disruption. 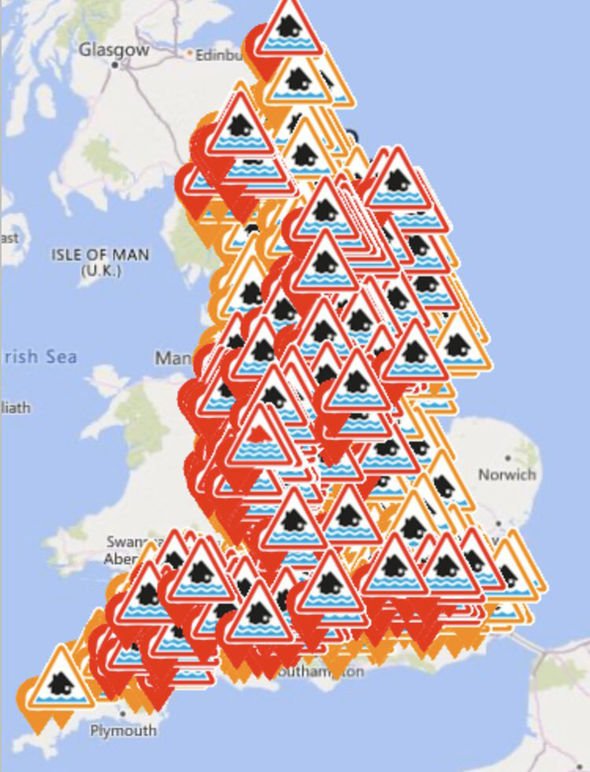 The Met Office revealed that a month’s worth of rain had fallen in 48 hours in south Wales.

Chief meteorologist Andy Page said: “Whilst the heaviest rain has cleared from Northern Ireland and Scotland, England and Wales will continue to see heavy rain on Sunday, with a risk of severe flooding in places.”

A total of 156.2mm of rain fell at Crai Reservoir in Powys in the 48 hours from Friday to Sunday morning.

The average monthly rainfall for February in Wales is 111.1mm.