MADRID (Reuters) – The Spanish government was expected to outline on Tuesday how regions can begin phasing out one of Europe’s toughest lockdowns as the daily death toll from the coronavirus fell to 301, less than a third of a record high of 950 in early April. 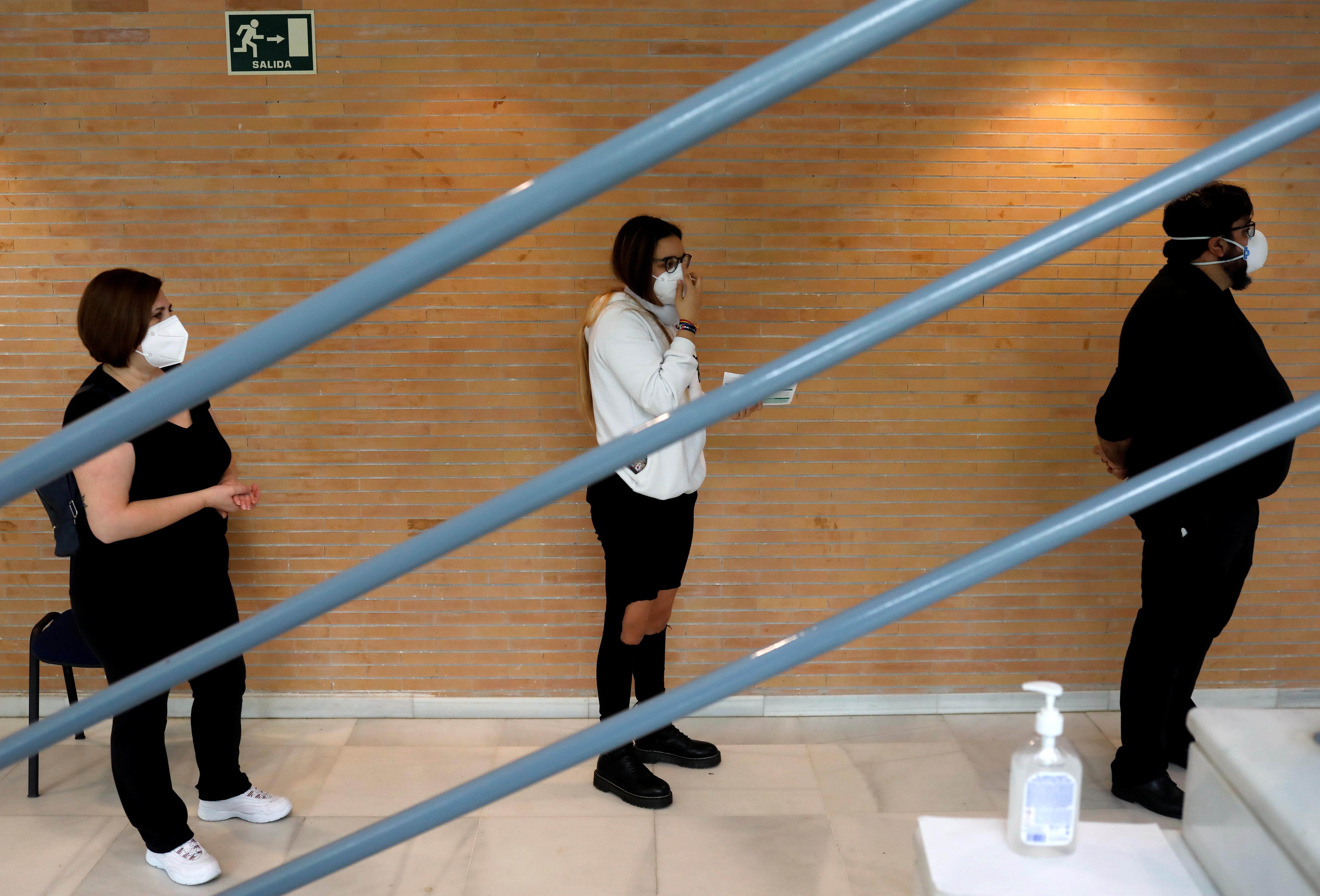 Since March 14, most Spaniards have only been allowed out for grocery shopping or to go to the doctor, with the shutdown nearly paralysing the economy and the labour market.

The total fatalities since the start of the outbreak rose to 23,822 on Tuesday, with the daily increase coming down from Monday’s 331, the health ministry said. The number of diagnosed cases rose to 210,773 – the world’s second-highest after the United States.

The data showed six Spanish regions, as well as the African enclaves of Ceuta and Melilla, with an infection rate below 30 per 100,000 inhabitants over the past 14 days, which could potentially qualify them for the gradual easing of restrictions.

Some local media have said the government was likely to set that threshold as one of the main criteria for any further relaxation of mobility restrictions, which could benefit Spain’s most populous region of Andalucia in the south, with a rate of 20 per 100,000.

Children across Spain were allowed an hour a day outside from Sunday and adult exercise will be permitted from Saturday if the death toll continues to fall.

The cabinet was meeting on Tuesday to assess a range of parameters that should allow an easing of the restrictions in the regions with the lowest prevalence rates of the disease.

Prime Minister Pedro Sanchez was due to outline the plan later in the day.

As data published on Tuesday brought further evidence of a worsening in unemployment, companies said they were looking to the government to allow a gradual restart of the economy.

“The important thing is to resume our activities in order to really avoid this drama that we are living,” Antonio Garamendi, head of the CEOE business association, told RNE radio.

First-quarter unemployment rate rose to 14.4% from 13.8% in the preceding three months, the National Statistics Institute said. That data only partially reflected the impact of the lockdown that began two weeks before the end of the quarter.

According to forecasts by the Bank of Spain, the coronavirus crisis could push the unemployment rate up to 21.7% this year, with the economy contracting as much as 12.4%.

“The authorities will set the pace,” Jose Antonio Alvarez, CEO of Santander, told a news conference after the euro zone’s second largest bank by market value reported an 82% slide in profit on provisions booked for the pandemic.

“What we are looking at is how we can adapt our spaces and our ways of working to an orderly return. As far as the tests are concerned, the health authorities are the ones who have the last word on how to carry out this process,” he said, adding that the banking group had a global framework for testing staff.