Despite the Vietnam summit’s failure to bring about a deal, Moon hopes Trump and Kim will resume talks soon. 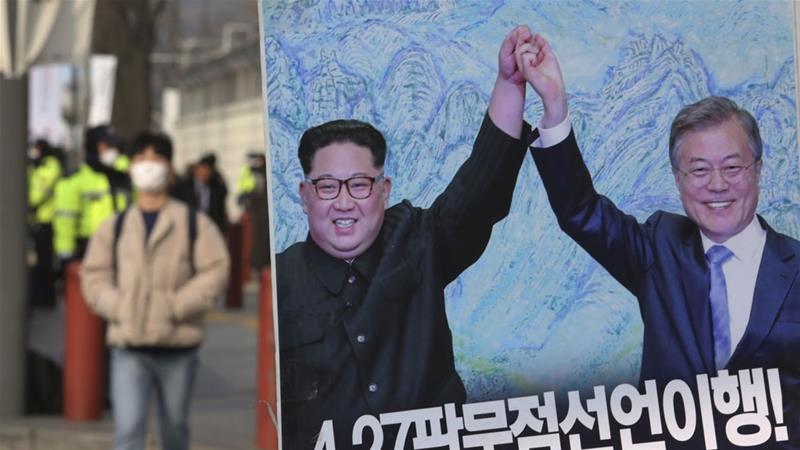 South Korean President Moon Jae-in has expressed confidence that the United States and North Korea will eventually find an agreement on denuclearisation despite both sides returning from the Vietnam talks without reaching an agreement.

US President Donald Trump and North Korea’s leader Kim Jong Un met in Hanoi on February 27 and 28 with hopes of signing a deal that sees Pyongyang stop missile testing and getting economic sanctions in return. However, “no agreement was reached” as the summit was abruptly concluded, and a signing ceremony, as well as working lunch, was cancelled.

“The second North Korea-US summit, though it is very disappointing in its result, was a chance to confirm the very meaningful progress that has been made through dialogue between the two countries,” Moon said in a National Security Council (NSC) meeting held at his office, Cheong Wa Dae, in Seoul on Monday.

The South Korean president said the two parties “will reach an agreement in the end” but urged them to work for an early resumption of working-level dialogue “because we do not want the stalemate to be prolonged”.

Trump said that the North demanded all US and international sanctions be lifted in their entirety but only offered to give up its well-known nuclear facilities in Yongbyon.

In a late-night press conference, North Korea rejected those claims, saying it only requested partial lifting of the sanctions.

During the NSC meeting in Seoul, Moon stressed that the shutting down of Yongbyon would mean the North’s denuclearisation process entering a phase of no-return.

“Should the Yongbyon nuclear facilities, that include plutonium reprocessing facilities and uranium enrichment facilities, be fully and completely dismantled, North Korea’s denuclearisation process could be said to have entered an irreversible stage,” the president added.

Meanwhile, the “failed” Vietnam summit also follows a fall in ratings for the South Korean president.

President Moon was closely eyeing the meeting since he has been an active supporter of efforts to end confrontation on the Korean Peninsula.

Moon met Kim three times last year and was trying to facilitate his nuclear negotiations with the US.

It partly attributed the drop in Moon’s rating to the national convention of the main opposition Liberty Korea Party (LKP) to elect its new leadership that could have been an incentive to turn the public’s attention towards more conservative views.

The South Korean main conservative opposition party, Liberty Korea, saw its support score rise to 28.8 percent last week thanks to a so-called “convention effect” that came from the election of former Prime Minister Hwang Kyo-ahn as the party chief in the nationwide party convention. 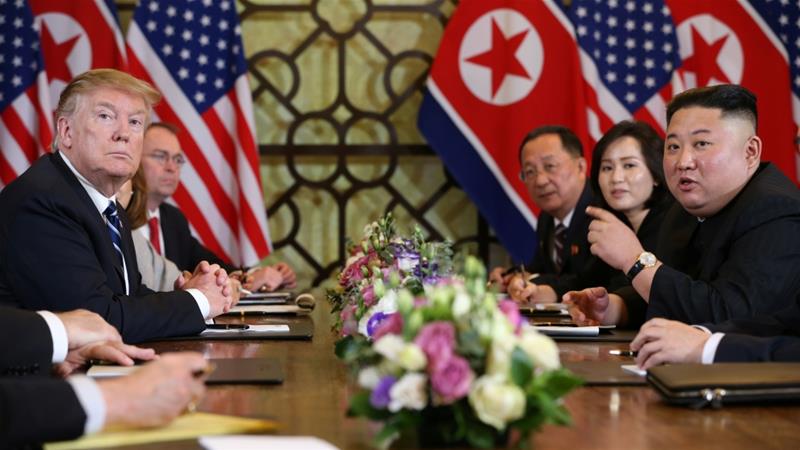 Why did the Trump-Kim summit break down?