SEOUL (Reuters) – South Korea raised its infectious disease alert to its highest level on Sunday as confirmed coronavirus cases in the country jumped to 602 and the death toll rose to six. 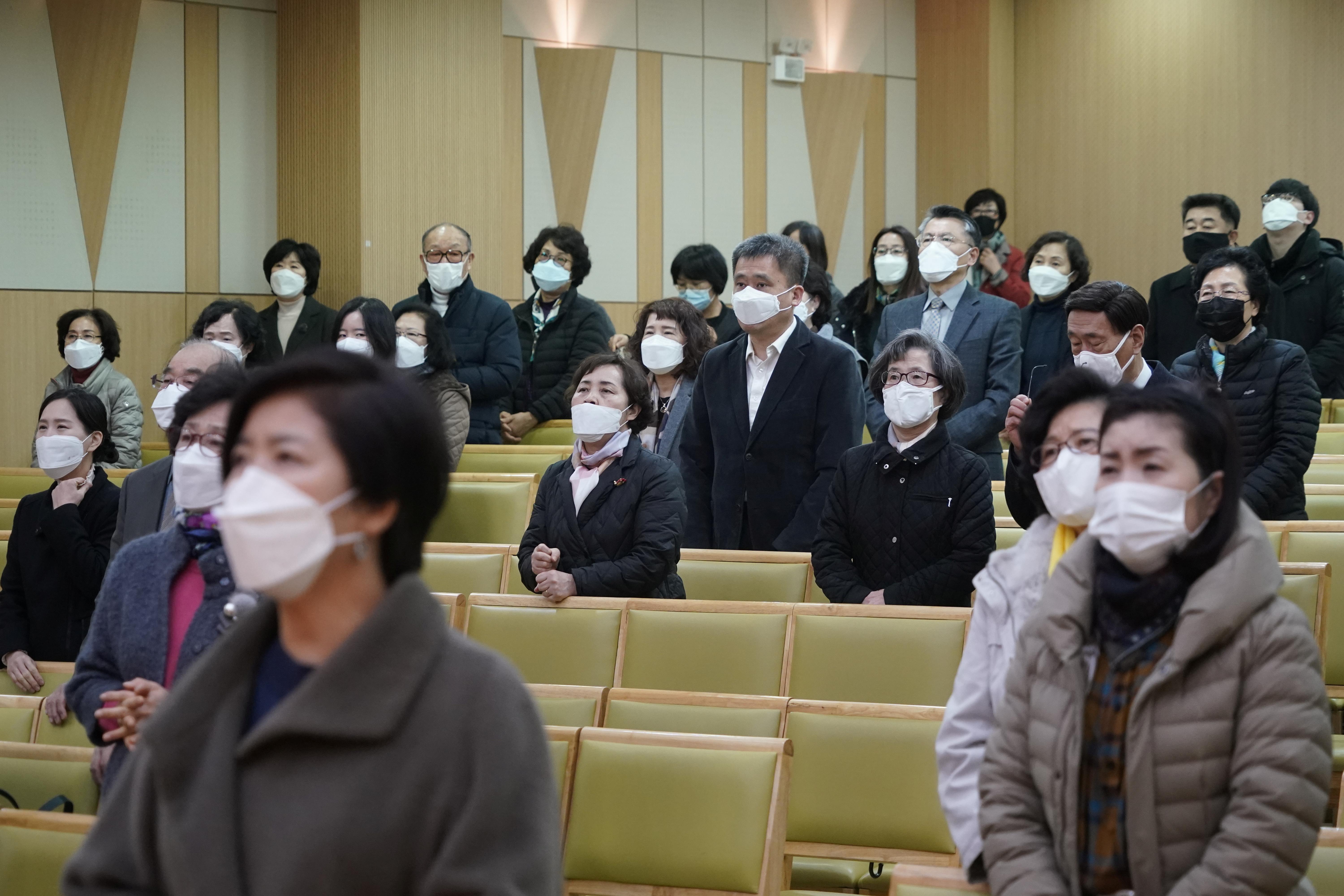 More than half the new cases are linked to a church in the southeastern city of Daegu after a 61-year-old woman known as “Patient 31” who attended services there tested positive for the virus last week. The woman had no recent record of overseas travel.

South Korean President Moon Jae-in said on Sunday that the government had raised the country’s disease alert by one notch to the fourth and highest level in a bid to contain a surge in new cases.

The Korea Centers for Disease and Control and Prevention (KCDC) said the number of infections had jumped by 169. Of the total confirmed cases, more than 300 were linked to the Shincheonji Church of Jesus congregation in Daegu.

The escalation in the alert level allows the government to send extra resources to Daegu city and Cheongdo county, which were designated “special care zones” on Friday.

The alert level also enables the government to forcibly prevent public activities and order the temporary closure of schools, the health ministry said.

The ministry also said Prime Minister Chung Sye-kyun will take charge of policy decisions related to the virus outbreak, which is the first time the country’s prime minister has intervened to take over from a minister in this way.

“The coronavirus virus is more contagious and spreads quickly during the early stage of the outbreak, and therefore preemptive measures are needed considering a possibility that the virus could develop to a nationwide spread from a community spread,” health minister Park Neung-hoo told a news conference.

“We believe a week to 10 days will be crucial to determine the spread of the coronavirus.”

Education minister Yoo Eun-hae told the news conference that kindergartens, elementary and secondary schools will start the new semester one week later on March 9, from March 2.

The last time South Korea raised the alert level to “red” was 11 years ago during the Influenza A or H1N1 outbreak, South Korea’s Yonhap News Agency said.

Earlier on Sunday, the ruling Democratic Party asked the government for an extra budget and also to free up emergency funds from the existing budget worth 3.4 trillion won ($2.82 billion) to tackle the outbreak. Parliament would hold a plenary session on Monday to discuss further measures, according to Yonhap.

South Korea’s earlier cases were linked to China but the new infections center on Daegu, a city of about 2.5 million, and a hospital in Cheongdo, a county with about 43,000 people.

Kim Simon, a spokesman from the Shincheonji Church, said on YouTube on Sunday that the church would make all-out efforts to curb the virus’ spread and closely cooperate with health authorities.

Since the first confirmed case on Jan. 20, six people have died from the virus in South Korea, with three deaths reported on Sunday.

The U.S. State Department on Saturday raised its travel advisory level for South Korea from 1 to 2, the second of four ratings, which asks travelers to avoid contact with sick people.

Seventeen South Korean Catholics from North Gyeongsang Province and their tour guide in Seoul who had gone on a pilgrimage to Israel earlier this month were confirmed to have been infected with the virus, KCDC said.

Israeli and Palestinian authorities sought to allay fears of a potential local outbreak after learning that South Korean pilgrims who had toured some of the holy land’s most popular sites were later found to be carrying the virus.

South Koreans on board a Korean Air flight were refused entry at Tel Aviv’s Ben Gurion International airport on Saturday evening due to concerns over the virus, South Korea’s foreign ministry said on Sunday.

“As the measure was taken without notice in advance by Israel, we have lodged a complaint for causing inconveniences to our travelers and asked to prevent a recurrence,” the ministry said, adding Israeli counterparts had promised to cooperate with South Korea.

Meanwhile, Catholic churches in the cities of Daegu, Gwangju and elsewhere have suspended mass and other gatherings.

The coronavirus originated in China and has spread to more than two dozen countries. China has reported 76,936 cases and 2,442 deaths so far.