Prosur will replace Unasur, which fell apart last year following divisions over how to address the Venezuela crisis.

A group of South American leaders have signed a declaration creating a regional bloc of nations that they say is open to any country, regardless of ideology, to collaborate on solving regional problems.

Presidents from Argentina, Brazil, Colombia, Chile, Ecuador, Paraguay and Peru attended a summit on Friday in Santiago, Chile where the declaration was signed.

Chilean President Sebastian Pinera and Colombia’s Ivan Duque had led the push for the new political grouping after more than half the members of the previous regional bloc, Unasur, left last year, saying it had failed to take action on Venezuela.

The new seven-nation bloc, known as Prosur will have “a firm and clear commitment to democracy, freedom and a respect for human rights,” according to Pinera who spoke at a press conference during the summit.

In a tweet on Friday, Pinera said the forum would allow South American countries to “move together towards better freedom, integration and development”.

TRANSLATION: We are starting #Prosur, a forum without ideology or bureaucracy, but with total commitment to freedom, democracy and human rights, so that South American countries can have dialogue, collaborate and make our voice heard to move together towards better freedom, integration and development”.

Venezuelan President Nicolas Maduro was not among the leaders invited to meet in Santiago on Friday, prompting some leaders to criticise the organisers who invited Venezuelan opposition leader Juan Guaido instead.

Guaido is recognised by all of Prosur’s members and several other countries as Venezuela’s legitimate interim-president until new elections can be held, following the controversy surrounding the reelection of Maduro in May 2018. Guaido declared himself interim president in January in a move Maduro described as an attempted coup.

Guaido did not attend the summit, nor send a representative as had been expected.

Also absent were Bolivian President Evo Morales – a close ally of Maduro – and Uruguay’s President Tabare Vazquez. Uruguay had, along with Mexico been urging regional powers to work with the Maduro administration to find a solution to Venezuela’s multiple crises, but changed gear in February, calling for new elections.

Al Jazeera’s Lucia Newman, reporting from Santiago, said Prosur was already facing criticism from some who see it as a right-wing rebranding of Unasur.

“There are a lot of people of think that the point of Prosur, at least in the short term, is to be yet another forum, another mechanism for putting pressure on Maduro and forcing him out of power.

“A lot of people who are even critical of Maduro say that this organisation, rather than favouring and defending multilateralism, seems to be playing into this new right-wing populist wave in the region,” she said. “They say it must be pluralistic because governments change, but institutions should not”.

Unasur was created in 2008 when the leftist populism advocated by Maduro’s predecessor Hugo Chavez was at its strongest in South America, but in recent years, the bloc has been paralysed by divisions as centre-right governments have risen to power. 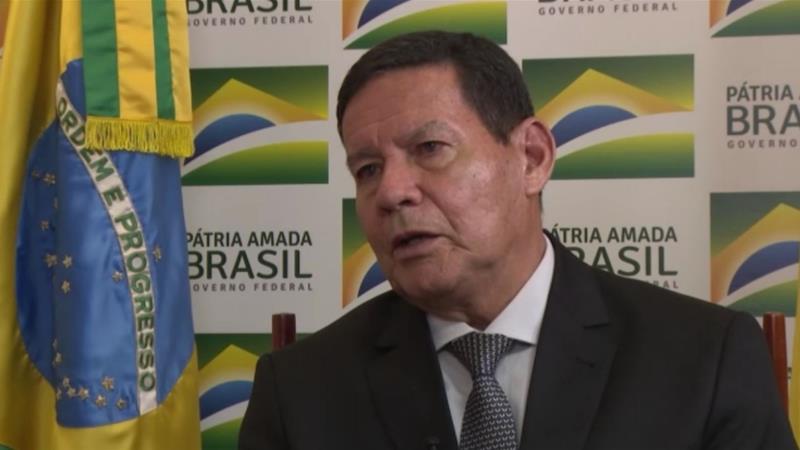