Earlier this week swathes of the UK were issued Met Office weather warnings for snow and ice. Parts of southern England saw its first snow of 2020, with London also witnessing a light dusting.

When will it snow again?

According to Netweather, there will be some more snowfall over parts of the UK on Thursday night.

The forecast reads: “A cold night follows, with a widespread frost to start.

“The wintry showers in western Scotland will continue though, and thickening cloud from the west will slowly raise temperatures here. 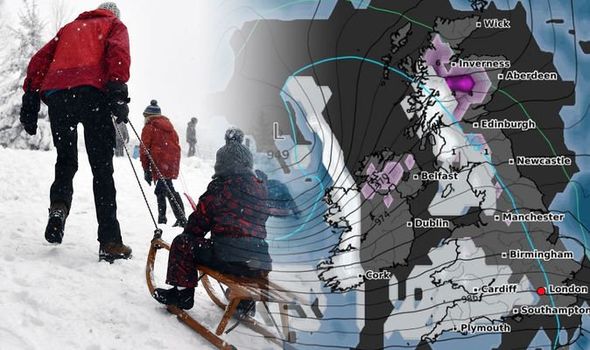 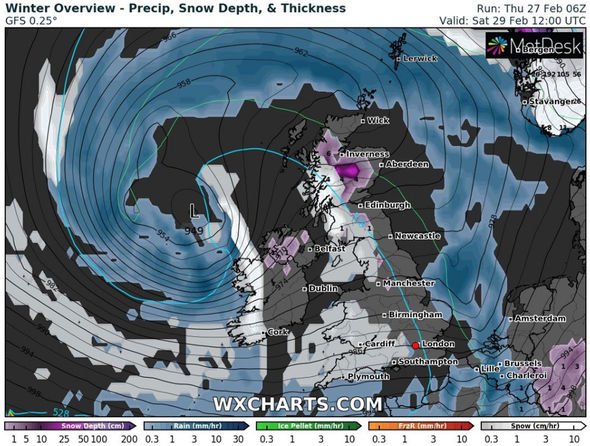 “Rain with some sleet and snow over the hills will start to move up from the southwest into Ireland by midnight, getting into southwest England and Wales during the early hours.

“That’ll then spread its way northeast during Friday – bringing some heavy rain at times – particularly across Wales and Northwest England, and also the potential for some accumulating snow up over the high ground of northern England and Scotland.”

WXCHARTS maps, which use weather data from MetDesk, indicate more snow is potentially on the way this weekend.

The map shows areas most likely to see snowfall on Saturday are western Scotland, parts of northwest England, Wales and the southwest. 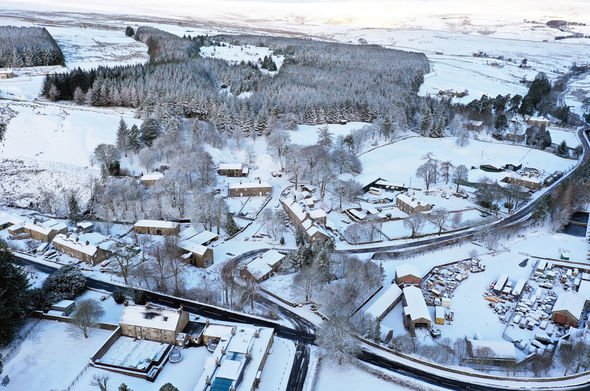 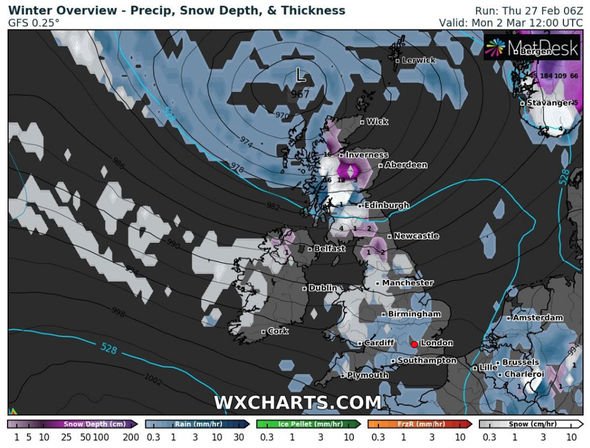 Snow is also on course to sweep over the UK early next week, according to the weather maps.

Following the departure of Storm Jorge, which is due to bring blustery winds and heavy rain this weekend, the Met Office forecast “some snow over hills and mountains” next week.

Met Office Deputy Chief Meteorologist, Dan Harris, said: “As Storm Jorge begins to weaken and clear later on Saturday we’ll see a trend back to slightly colder conditions, with some snow over hills and mountains in the north of the UK and a mixture of rain and hail showers in the south.

“Away from much of Scotland it’ll remain blustery on Sunday, although not quite as windy as Saturday.”

Where are the Met Office weather warnings?

Storm Jorge, which was named by the Spanish meteorological agency AEMET on Thursday, is on course to track across the UK this weekend.

In some coastal areas, the storm is expected to bring up to 70mph winds.

Due to the storm, the Met Office has issued a plethora of weather warnings from Friday to Sunday. 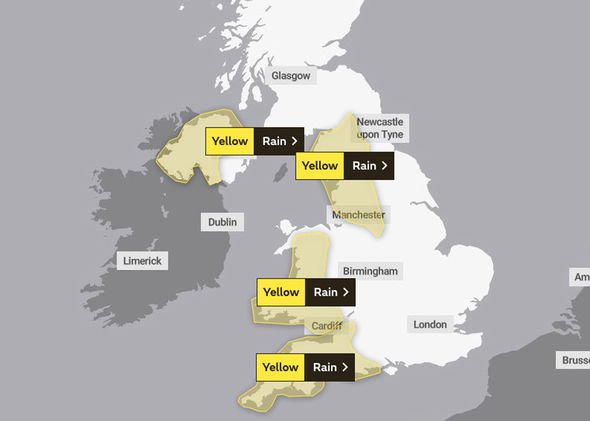 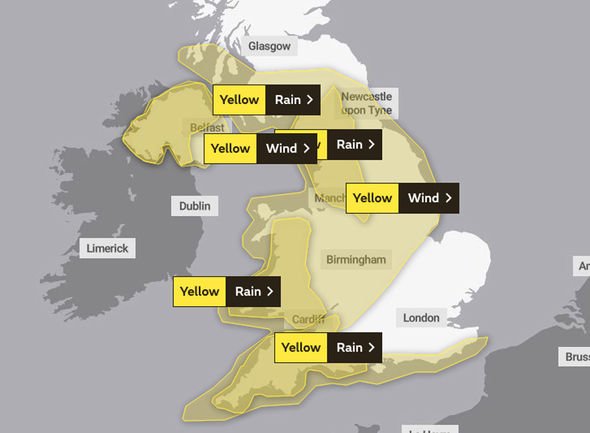 Between 3am on Friday and 6am on Saturday, a yellow rain warning has been issued for much of the southwest of England.

Between 6am on Friday until 6am on Saturday, much of Wales is under a yellow rain warning.

A yellow rain warning has been issued for much of northwest England between 12am on Friday and 9am on Saturday, affecting Lancaster, Manchester and Carlisle. 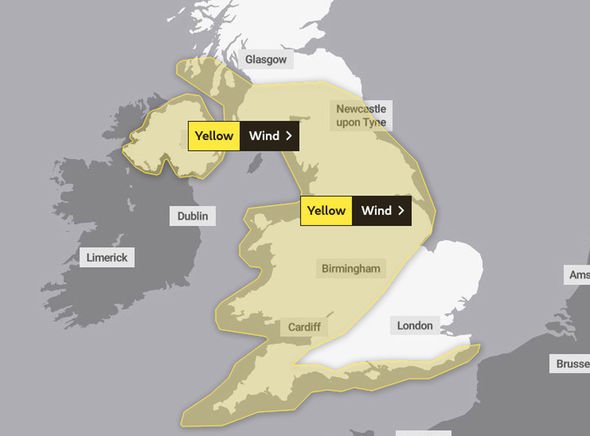 Between 10am on Friday until 10am on Saturday, the Met Office has also issued a yellow rain warning for most of Northern Ireland.

On Saturday swathes of the UK are under a yellow wind warning from 12pm until 12pm on Sunday.

Major cities affected by the warning include Birmingham, Cardiff, Newcastle upon Tyne, Belfast and Portsmouth.

Related posts:
Hot News
Recurring dream: Neil Finn on remodelling Crowded House, surviving Fleetwood Mac and ruining Split Enz
Joe Biden fury as Republicans ‘could hand Trump power even if he loses’
U.S. election: How COVID-19 misinformation is being weaponized in politics
Cyclist shows off his pumped up legs after race made even more brutal by Covid
Stressed About the Election? Don’t Take It Out on Your Investments
Recent Posts
This website uses cookies to improve your user experience and to provide you with advertisements that are relevant to your interests. By continuing to browse the site you are agreeing to our use of cookies.Ok