BRATISLAVA (Reuters) – Thousands of people across Slovakia held gatherings on Friday to mark the second anniversary of the murder of an investigative journalist that shook the country’s political scene and may redraw the political map in next week’s election. 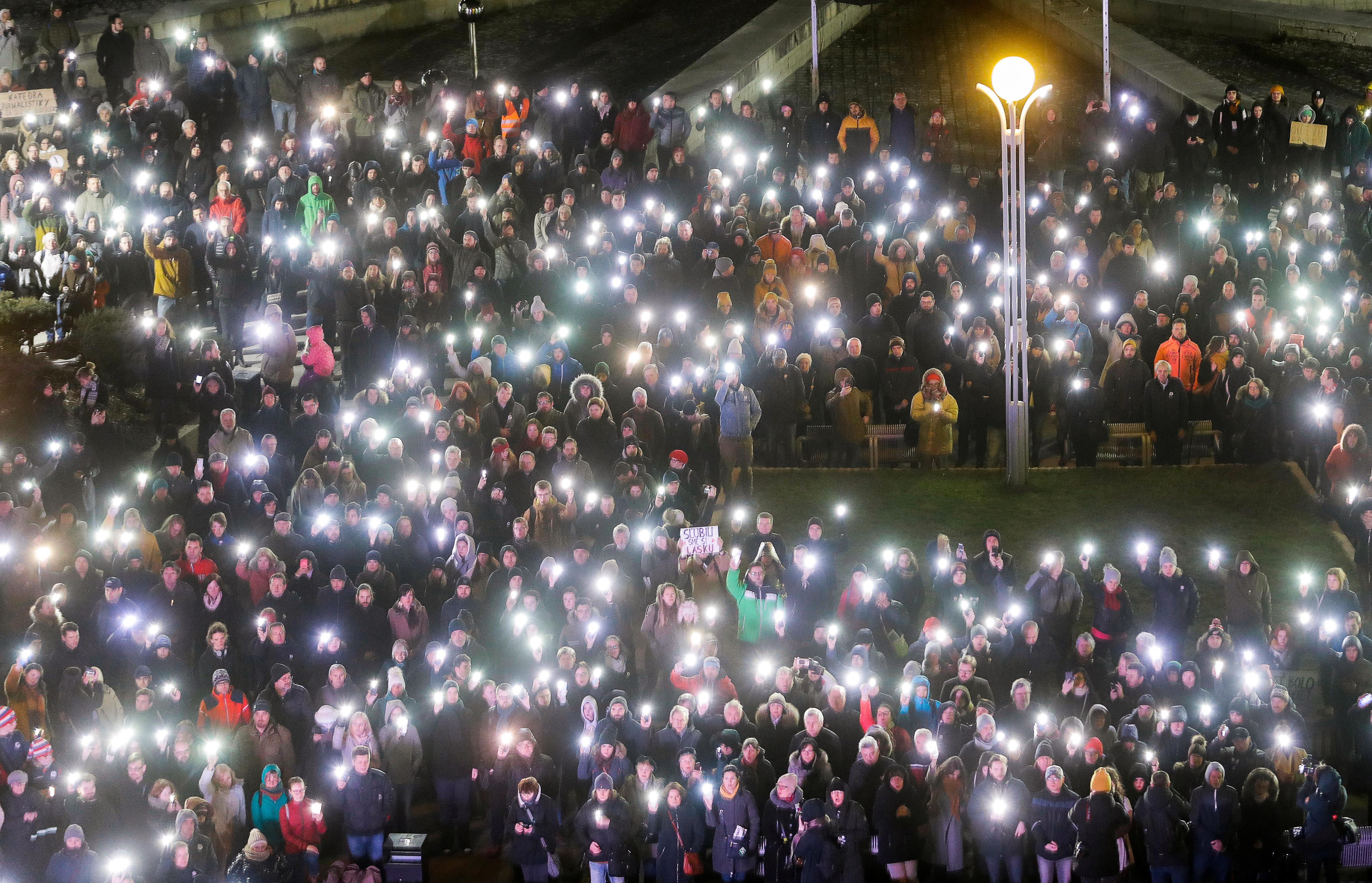 Jan Kuciak and his fiancée were shot dead on Feb. 21, 2018 in a case that prosecutors traced to an influential businessman, who is now standing trial for procuring the murder. Three others are charged with helping organize and carry out the murder.

The businessman, Marian Kocner, has denied the charges. One of the others charged has admitted to shooting the couple, while the two others have pleaded not guilty. Another man was sentenced to 15 years after a deal with the prosecution under which he admitted to helping facilitate the murder.

Prosecutors have said evidence showed Kocner had communicated with figures in state bodies and the justice system, and several senior officials were forced to resign.

“They uncovered scandals, theft, corruption on the highest levels,” said Iveta Kovacova, one of those gathered at a commemoration in the capital, Bratislava, holding a banner mourning the slain young couple.

“But I think a lot of work still must be done for this country to run normally.”

Prime Minister Robert Fico was forced to resign after the murders but his center-left Smer party stayed in power and remains the most popular group.

Still, the party has lost a large part of its support ahead of the Feb. 29 parliamentary election.

Final opinion polls last week showed a group of five to six opposition parties ranging from progressives to conservatives may try to join forces to oust Smer from power, with anti-graft movement Ordinary People and Independent Personalities (OLANO) closing in on Smer.

“I want to ask you all to take part in the election, and chose with your heart and your head,” he said at one of the commemoration events in the capital.