While typical shark cages are made of metal, Jimi Partington, the shark expert in the video, has chosen to use a clear plastic cage. The footage begins with aerial footage of Mr Partington crouching in the box while a huge Great White shark curiously circles.

As the 16-foot shark circles, it appears to become more and more interested in Mr Partington.

The expert exclaims that the shark “likes his feet” as the animal repeatedly bumps the small box.

Mr Partington said: “[It’s] staying deep and then coming up and hitting.”

He added: “I’ve already had two bumps now that have been pretty deliberate.”

Suddenly, the shark speeds towards the box with open jaws, smashing it and throwing Mr Partington into the ocean. The force of the animal lifts both the cage and the man out of the water. 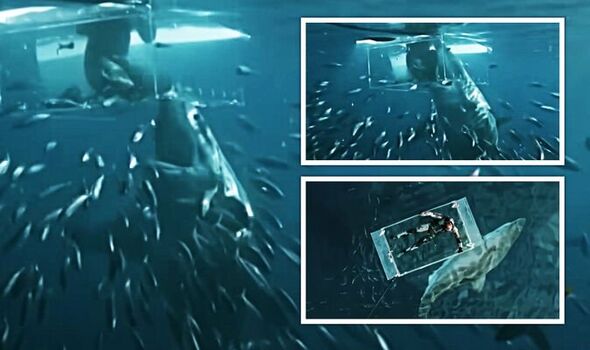 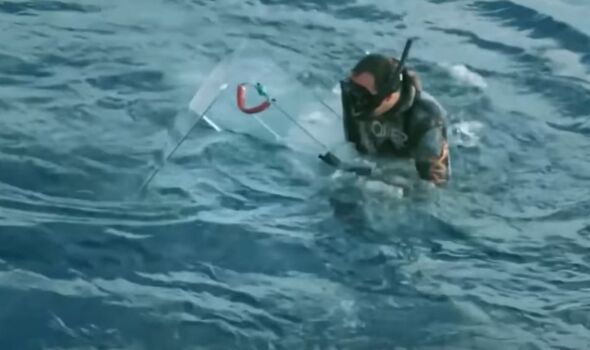 With his cage smashed, he attempted to climb on top of what was left to put something between him and the shark. When it was clear he wasn’t going to be able to stay out of the water, he made a break for it and quickly swam for the boat.

The narrow escape, filmed in 2020, will be aired on Discovery’s Great White Open Ocean, for Shark Week.

Producer and director of Shark Week, Jeff Kurr, was on a boat nearby when the terrifying attack occurred. He told CNN he was surprised Mr Partington escaped with his life.

He said: “It’s something I’ll never forget. I’ve been doing Shark Week for 32 years, I’ve never seen anything like that, an encounter like that.

“The fact that we captured it on camera – I actually thought he was dead. When a 16-foot great white shark comes at you like that, it’s almost something that’s unsurvivable, but somehow Jimi, who was in the cage there, he managed to survive it.” 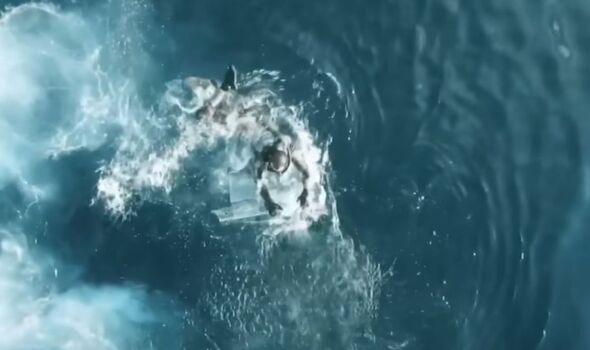 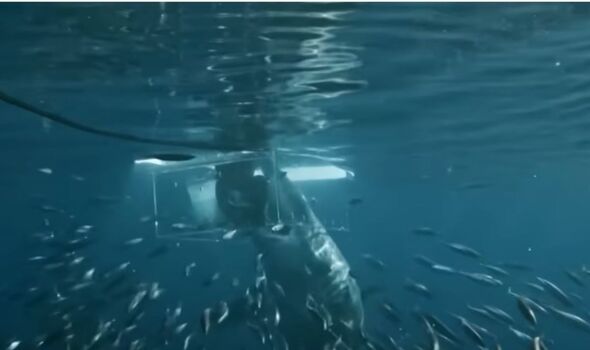 Mr Kurr said that Mr Partington was a very experienced shark expert and that he was amazed when he got back to the boat “without a scratch”.

He said: “There was really nothing we could do to help him – he just had to swim for it.”

He also warned that no shark cage guaranteed safety while swimming with the apex predators and said he had seen shark cages breached in the past.

He said: “A Great White shark could break into any cage we put in the water – a cage is a bluff. I mean, these animals are so strong, I’ve seen them tear apart aluminium cages, steel cages it doesn’t really matter.

“What we usually count on is that when the shark feels something unusual in the water with its snout, it will back away.” 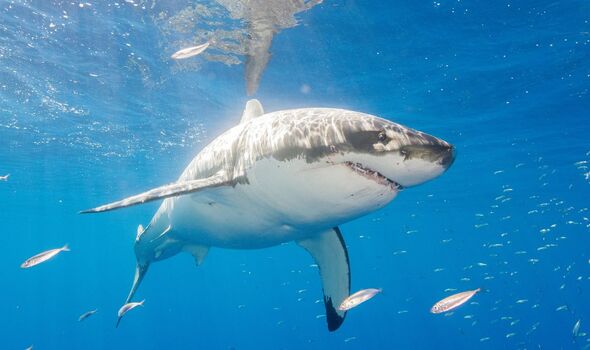 The news comes following a series of fatal shark attacks this year including two attacks at a popular holiday destination, Sahl Hasheesh on the Red Sea in Egypt, earlier this month.

The attacks happened just 600 metres from one another and were both fatal. The victims were a 68-year-old Austrian woman and a Romanian woman.

While last month, on Florida’s Gulf Coast in America, a 17-year-old girl narrowly escaped with her life after repeatedly punching a nine-foot shark when it bit her leg. She was reportedly only in five feet of water.

Earlier this year, a British expat in Australia was killed during a shark attack, prompting the closure of several popular beaches there.