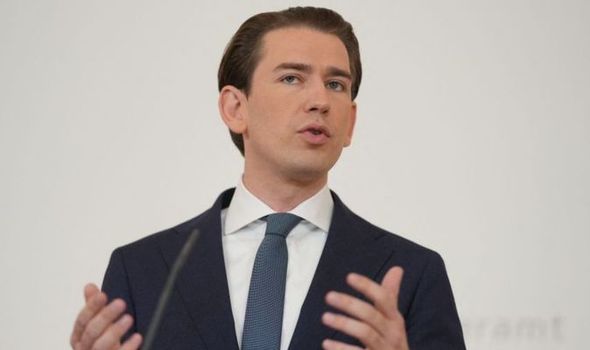 Mr Kurz is said to be stepping back from his duties as Austrian Chancellor following the launch of a corruption investigation earlier this week. The Austrian chief faces claims that he and party allies used public money to pay pollsters & journalists for favourable coverage.

Today, the chancellor announced his plans to step down in an effort to defuse the government crisis which is brought on by prosecutors’ announcement that he is a target of a corruption investigation.

Prosecutors are investigating whether the Austrian chief and a selection of allies utilised fake invoices to illicitly channel taxpayers’ money from the finance ministry to pay for favourable media coverage.

Such coverage helped propel Mr Kurz from his position as foreign minister to party leader to the chancellorship itself.

No charges have been in the investigation.

The 35-year-old Austrian leader said in a televised press statement that he wanted to “make space” to ensure the country has a “government that is stable”.

Following the prosecutors’ announcement on Wednesday, Mr Kurz’s party had closed ranks behind him.

However, his role as chancellor came under scrutiny from the party’s junior coalition partner on Friday.

The Greens said that Mr Kurz couldn’t remain as chancellor and demanded that his party nominate an “irreproachable person” to replace him.

Opposition leaders also planned to bring a no-confidence motion against him to parliament on Tuesday, as they called for him to go.

While no official confirmation has been made yet, Sebastian Kurz’s proposed that his successor should be Foreign Minister Alexander Schallenberg.

Following his step down, Mr Kurz’s coalition of the ÖVP (Austrian People’s Party) with the Greens will be continued.