Rescuers continue frantic search for potential survivor under the rubble of a building demolished by August 4 blast. 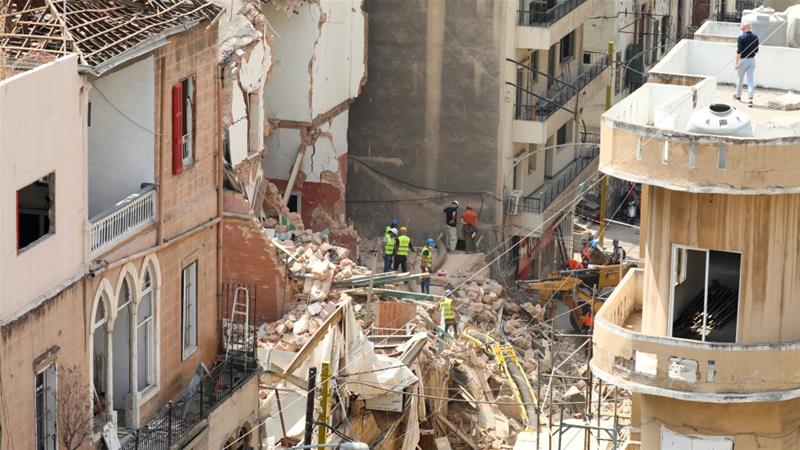 Rescuers in the Lebanese capital have resumed work in a bid to determine if there is a person trapped under piles of debris of a building that collapsed a month ago following a deadly explosion.

One month after the massive blast at Beirut’s port devastated the city, a frantic search for a possible survivor entered its third day on Saturday after hopes of success had dwindled a day earlier.

Chilean rescue workers on Thursday said they had detected a sign of life from under the rubble of a collapsed building in the Gemmayze neighbourhood. A sniffer dog named Flash – brought to Beirut by the Chilean rescuers – was the first to respond to a scent at the site.

Electronic sensors were then brought in to examine the area and signals indicating someone was trapped below were detected.

The Chilean volunteers are part of a Mexican rescue non-profit named “Los Topos” and are being aided by Lebanese civil defence volunteers.

Francisco Lermanda, leader of the Chilean “Topos” rescue team, which is leading the search effort, told reporters on Friday evening he could neither confirm nor rule out that there was anyone alive under the huge pile of debris.

“We have to reach three metres, this is where we received the signal,” he said.

He added that audio equipment detected what appeared to be weak breathing – initially between 18 and 20 breaths per minute – and that the specialists told them that it indicated a person could be about three metres deep.

Lermanda said digging crews were tunnelling towards the location from multiple directions and had reached 1.2 metres deep so far.

Lebanese engineer Riad al-Assad, who is helping the Chilean team, on Friday said the team “did a test between 4:30 and 6:30 pm local time but they did not hear anything, they repeated it at 8:30 pm and again the same result”.

Al-Assad said work was briefly paused late on Friday since the Chilean team had been working for 48 hours non-stop.

Al Jazeera’s Zeina Khodr, reporting from Beirut, said the Chileans had decided not to “give up”.

Khodr said some people believe the inability to determine whether there is a person trapped beneath the rubble was because there were so many people in the area on Friday night, with many using mobile phones that were “jamming” the rescue team’s equipment.

“A short while ago, they used laser scanners,” she said. “The Chilean team are not giving up, they said … even if it’s just a 1 percent chance, we will continue until we prove or discount proof of life.”

According to Khodr, people are “furious” and are questioning why local authorities have not cleared the debris a month after the explosion.

“What is clear is that the government has not been present,” she said. “They have been absent in the rescue efforts, in the relief efforts … as well as the rebuilding efforts.” 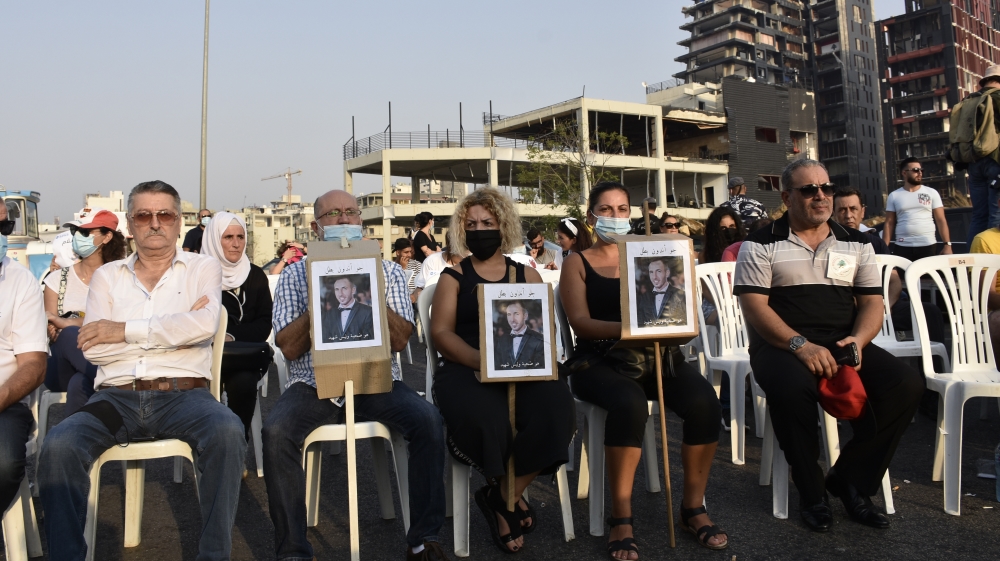 The search came as Lebanon on Friday marked a month since the devastating explosion on August 4, which killed some 200 people, wounded 6,000 others and left a country already reeling from a severe financial crisis in a state of shock.

On Friday, people in Beirut gathered for a vigil and prayer. The Lebanese army stood for a minute of silence at the port alongside family members who lost their loved ones in the explosion.

At another event near the blast site, white roses were distributed to the families of the dead and wounded, and religious leaders representing the main sects in Lebanon prayed.

A minute of silence was also observed by people passing the road near the port, while traffic came to a standstill at exactly 6:07 pm (15:07 GMT) – the time the blast occurred.

The tragedy was caused by ammonium nitrate which was poorly stored in a port warehouse.

Related posts:
Hot News
Man fatally stabbed in downtown Denver is identified
Nancy Pelosi and Steven Mnuchin continue talks on a relief package.
‘Nanny state nonsense!’ Philip Davies blasts chaotic lockdown rules ‘They’ve got NO idea!’
Bloke who grabbed man’s genitals in station toilets uses ‘I tripped’ as defence
Coronavirus: Pandemic to cause ‘greatest surge in child marriages in 25 years’, charity warns
Recent Posts
This website uses cookies to improve your user experience and to provide you with advertisements that are relevant to your interests. By continuing to browse the site you are agreeing to our use of cookies.Ok