Mr Scholz made the allegations on Wednesday during a visit to engineering company Siemens Energy in Mülheim an der Ruhr, where the turbine at the heart of the dispute is currently stored. Standing next to the turbine on a factory visit to Siemens Energy in Muelheim an der Ruhr, Scholz said on Wednesday it was fully operational and could be shipped back to Russia at any time – provided Moscow was willing to take it back.

He told reporters: “The turbine is there, it can be delivered. All someone has to do is say I want it, and it will be there very quickly.”

The fate of the 12 metre (29 feet) long turbine has been closely watched as European governments accused Russia of throttling gas supplies on spurious pretexts in revenge for Western sanctions after the invasion of Ukraine in February.

Moscow denies doing so and cited issues with the turbine as the reason for lower gas flows through Nord Stream 1, which have been cut to 20 percent of capacity.

Russian gas export monopoly Gazprom argues that sanctions, which western countries imposed against Russia for invading Ukraine, are to blame for the falling supplies. 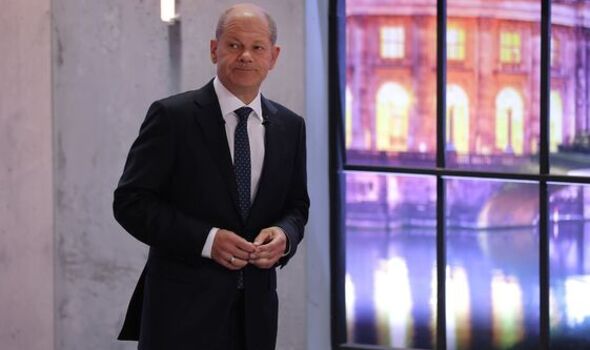 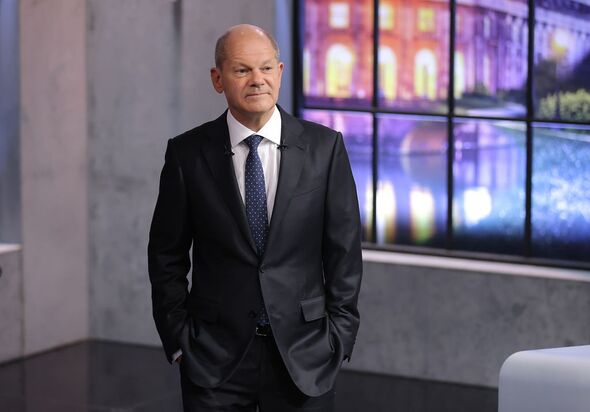 Specifically, Gazprom insists that one of the turbines required for gas transport, which was in Canada for maintenance, could not be delivered back to Russia due to the sanctions.

The German government, however, intervened in Canada to ensure the turbine could be sent back to Germany, where it is now awaiting transport to Russia.

Mr Scholz’s public intervention on Wednesday was an attempt to counter the Russian narrative that western sanctions were to blame for the problems surrounding the turbine and the gas deliveries.

The chancellor said: “Nothing stands in the way of further transport,” adding that Germany and international partners had issued all the necessary authorizations to allow fast delivery of the turbine. 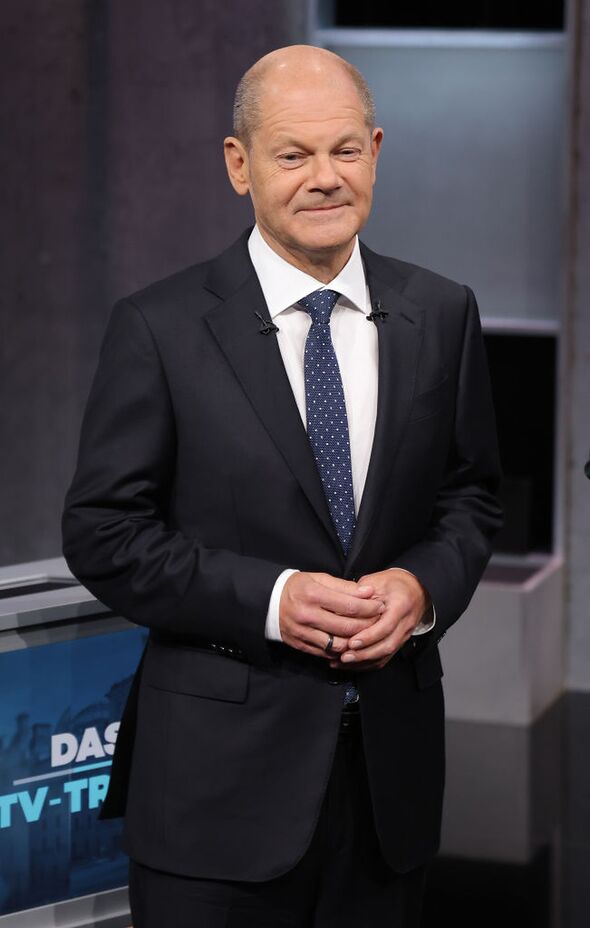 He went on, arguing that the only reason for the delay was Russia’s refusal to request an onward delivery and said: “There are no reasons why this delivery cannot take place.”

Mr Scholz added Germany could not simply ship the turbine to Russia “and dump it off at a pier” in St Petersburg but needed to coordinate with Gazprom and Russian authorities.

He also said Russia could alternatively deliver more gas via other pipelines if it wanted.

A spokesperson for Siemens told reporters the disputed turbine was just one of several used for the Nord Stream 1 pipeline, and that it was technically possible to keep the pipeline at full capacity even without that one missing turbine.

DON’T MISS:
Concerned Canada urges China to ‘de-escalate’ tensions with US
Brexit LIVE: EU ‘throws Ireland under bus’ in £67m fishing stitch up
Brits to be encouraged to compete with neighbours 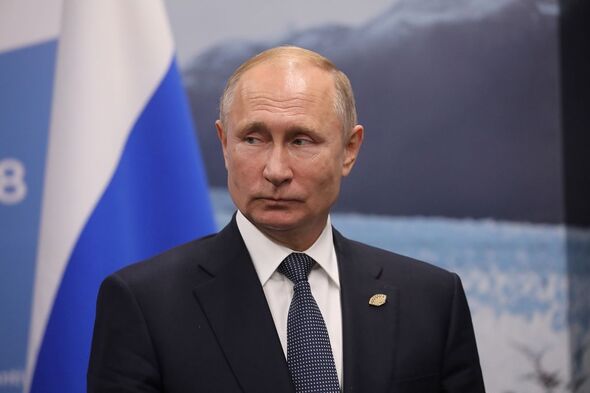 Mr Scholz warned that even if Russia ultimately arranged delivery of the turbine, Germany must be prepared “that there may be any pretextual reasons put forward at any time that something is not working.”