TENERIFE, Spain (Reuters) – “It’s absolutely awful,” says 45-year-old Lara Pennington, one of more than 700 guests spending a second day in lockdown at a four-star Tenerife hotel on Wednesday after four cases of coronavirus were detected there among a group of Italians.

On holiday from Manchester, northwest England, with her two young sons and her elderly in-laws, she barely slept, worried about contagion after the Italians were sent to hospital.

She told Reuters by phone from the Spanish island that the family was staying in their rooms, even though authorities relaxed the rules on Wednesday, letting people displaying no symptom of illness go to the pool and other common areas.

“It’s very scary because everyone is out, in the pool, spreading the virus – I won’t go down to the restaurant and had to ring down and ask them to bring us food up to the room now that the restaurant has re-opened,” Pennington said.

Like other guests joined by Reuters over the phone, she complained about a lack of information.

The hotel said in a statement it was cooperating with authorities and did not respond to any questions for comment.

Guests will have to stay in the hotel for 14 days, authorities said on Wednesday, to avoid any risk of spreading the disease – their experience reminiscent of the holidaymakers on board the Diamond Princess cruiseliner that spent two weeks in quarantine off Yokohama, near Tokyo.

At first, said Christopher Betts, from Leicestershire in central England, he and his wife spent their time holed up in their room watching TV or surfing the internet, told to stay in despite the sunshine. This morning, picnic breakfasts were brought to their rooms.

“We are fine, but pretty bored. We cannot go anywhere, just to the restaurants to have tea or coffee,” Betts said. “Everything is very quiet.”

A video he later shot and sent to Reuters showed people enjoying their newfound – if relative – freedom, by the pool after the rules were relaxed, basking in the sun, most of them wearing face masks.

Another visitor told Reuters they had not been informed that the lockdown would last two weeks.

“We receive information by telephone or through staff knocking on our door, but we have no idea how long we are going to stay here,” said Heidi, from Germany. “The hotel is really nice. We like it, but we really didn’t have luck with all this.”

A group of 100 tourists who arrived on Monday and did not have contact with the Italians are set to be allowed to leave the hotel, the Canary’s regional authorities said on Tuesday. But there was no sign yet of any of them leaving on Wednesday.

Because people’s freedom is being touched on, the matter is in the hands of a judge, a spokesman for a Canary Island regional court said. The judge will rule on a daily basis whether some of the hotel guests will be allowed to leave.

The coronavirus can spread via droplets in the air when an infected person coughs, sneezes or breathes out, and these can also contaminate surfaces such as door handles and railings. 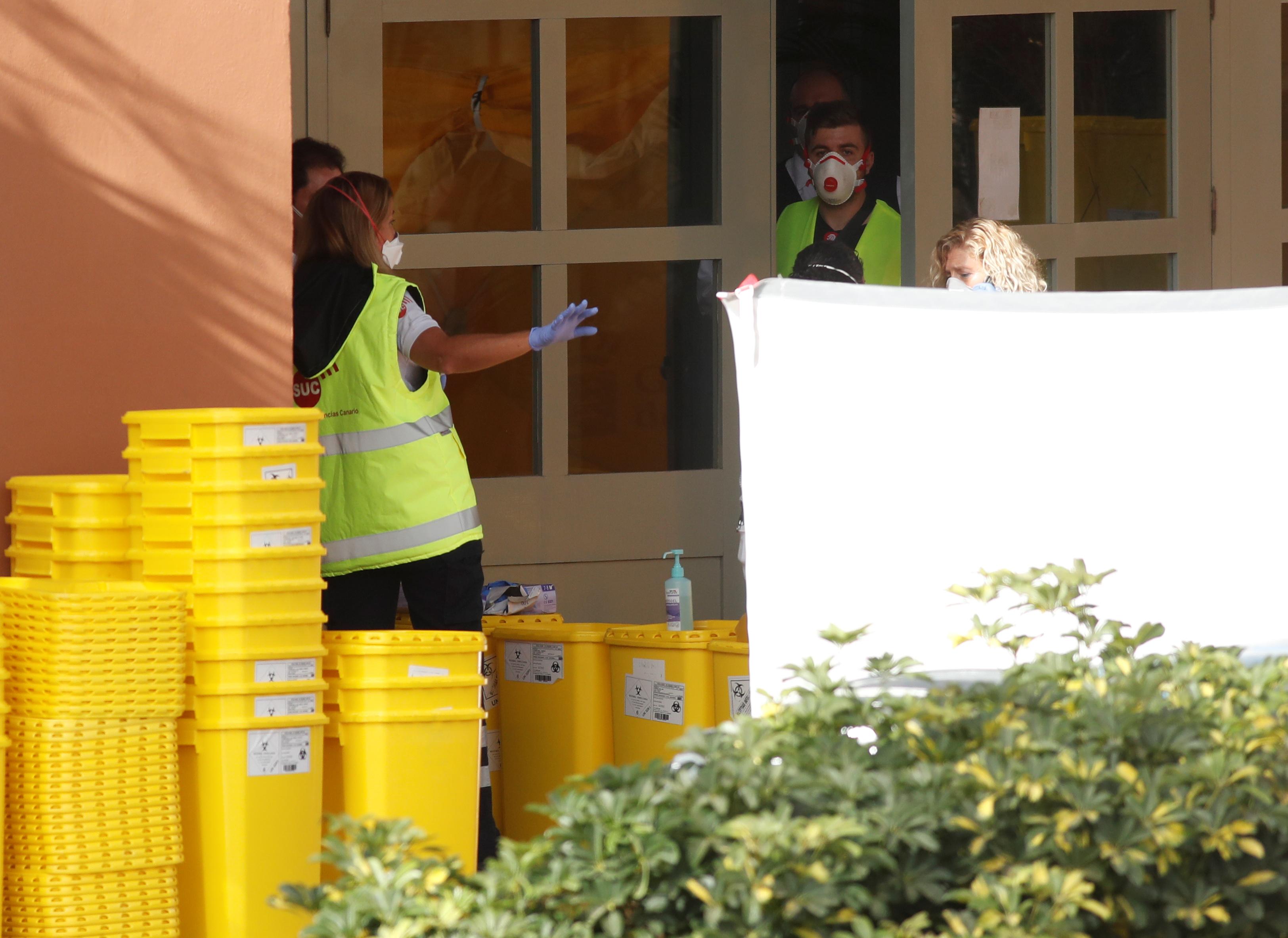 “Asymptomatic hotel guests can have a normal life inside the hotel, with the required prevention measures, while the guests with symptoms will remain isolated in their rooms,” regional government official Maria Teresa Cruz Oval said.

Stephen Griffin, an expert on infection and immunity at Britain’s University of Leeds, said the best advice for guests was to minimize contact with one another and to remain in their rooms as much as possible.

“Much like the situation on the cruise ships, hotels have numerous communal areas, lifts and access points that could conceivably represent a means by which infection may be passed on,” he said.