SARAJEVO (Reuters) – Thousands marched through Sarajevo on Saturday to commemorate victims of the Ustasa regime, a puppet state founded by Croat fascists and allied to Nazi Germany, and to oppose a Catholic Mass held in the city for Ustasa and their families, slain at the end of World War Two. 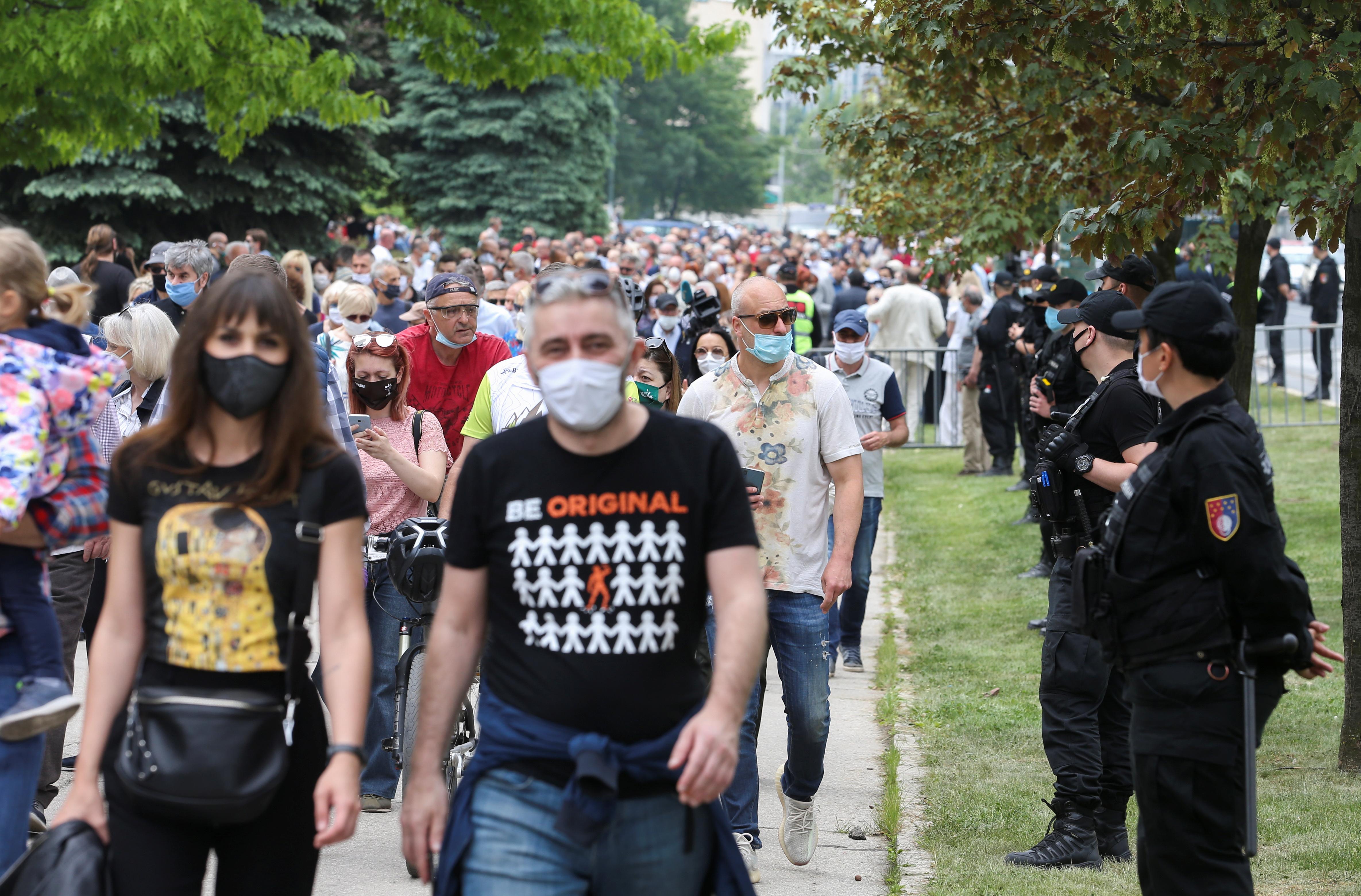 The Mass is part of annual commemorations that Croatia introduced three decades ago for the tens of thousands of Croatian and Bosnian Ustasa members and their supporters, who were reportedly killed by the partisans of Yugoslav communist leader Josip Broz Tito at the end of the war.

The commemorations usually take place in the Austrian village of Bleiburg, on the border with Slovenia, but this year Austrian authorities cancelled the planned open air Mass due to bans on large gatherings and travel restrictions because of the COVID-19 pandemic.

The Croatian and Bosnian Bishops’ Conferences then announced they would hold the Mass in Sarajevo instead, in a move which outraged anti-fascist and Jewish groups who said it would honour a regime that killed more than 10,000 Sarajevans, most of them Jews.

Saturday’s protest in Sarajevo stretched from the site in the city where Ustasa militias hanged 55 local anti-fascists in spring 1945 to the central memorial for the city’s World War Two liberators, Tito’s partisans.

“My two grandfathers, their brothers and my grandmother were all killed by these fascists who have been honoured today,” said retired electro-technician Cedomir Jaksic, 63.

“It is not normal that a city such as Sarajevo, which was terrorised so much in both World War Two and the last war (in the 1990s), allows something like this to happen,” he added.

Billboards with photographs of the hanged anti-fascists were displayed at both sites. A red banner reading “I am an anti-fascist too” was displayed across Sarajevo’s main street.

After the defeat of the Nazis, Ustasa supporters fled the Balkans and reached Bleiburg, before being sent back and meeting their deaths.

The Croatian parliament has sponsored the Bleiburg event as a commemoration of “victims of the communist regime”. But in recent years it has turned into a rally used by Croatian far-right groups trying to rehabilitate the Ustasa regime.

In his sermon Puljic asked for more information on how the people had died and where they were buried, as well as for respect and forgiveness for all victims of World War Two. Smaller memorials were also held in Zagreb and Bleiburg. 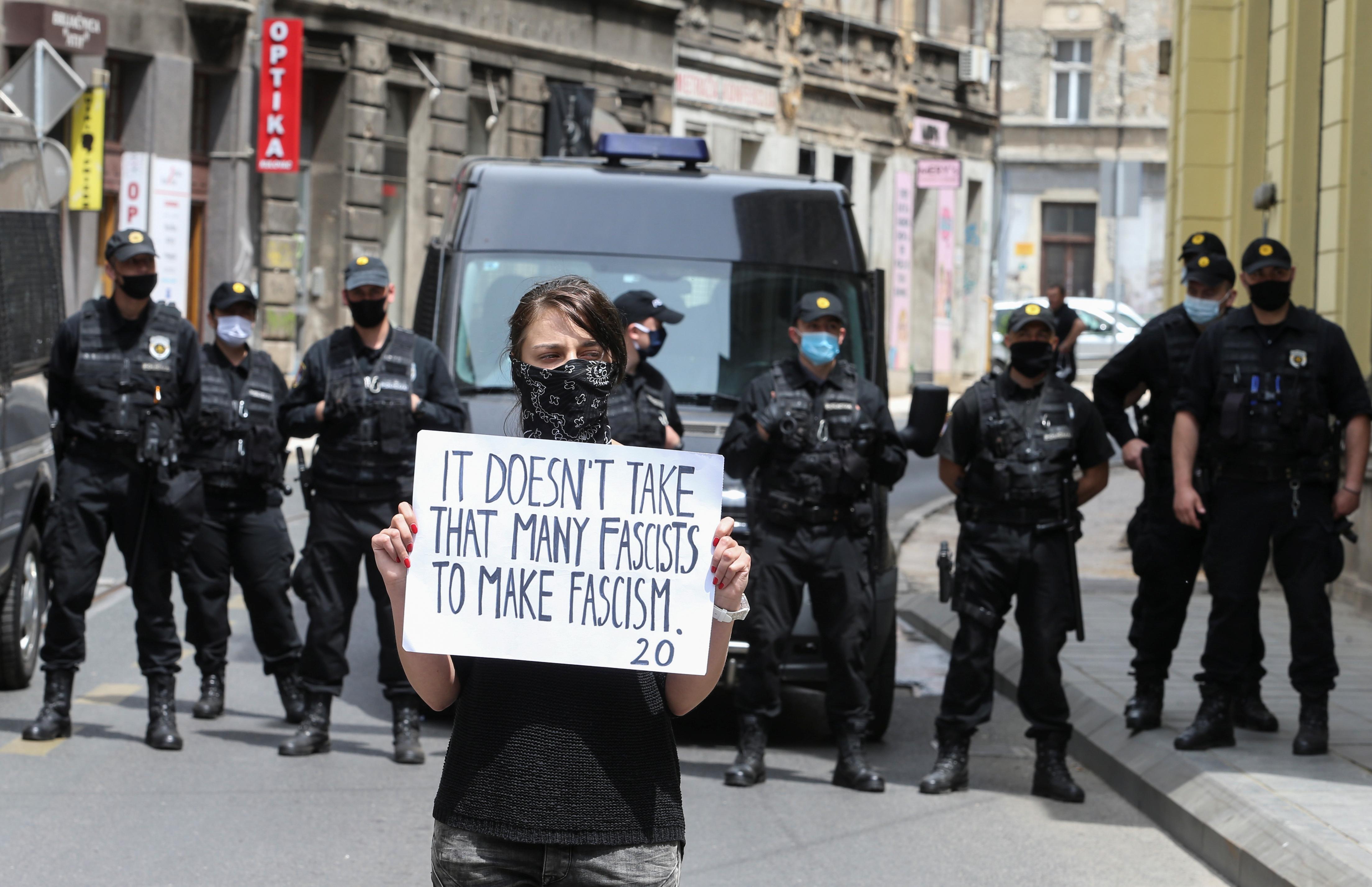 The members of the Bosnian tripartite presidency condemned the Mass, as did the U.S and Israeli embassies in Bosnia.

The speaker of the Croatian parliament, Gordan Jandrokovic, said during a brief commemoration in Zagreb that they aimed to commemorate innocent victims and did not plan to rehabilitate the Ustasa.

Dunja Mijatovic, the Council of Europe Commissioner for Human Rights, said the Mass “risks becoming a glorification of those who supported the Nazi-allied fascist Ustasa regime, complicit in the death of hundreds of thousands of human beings”.

Related posts:
Hot News
Prince Harry ‘supported by William and Charles’ after Meghan’s miscarriage
NZ Herald audience breaks records in extraordinary news year
S&P 500, Dow pull back from all-time closing highs after grim jobless data
President Trump pardons Michael Flynn, taking direct aim at Russia probe – The Denver Post
Cat owner sets up camera when neighbour hears ‘bangs’ as clip spooks viewers
Recent Posts
This website uses cookies to improve your user experience and to provide you with advertisements that are relevant to your interests. By continuing to browse the site you are agreeing to our use of cookies.Ok