The Russian armed forces have been ravaged by Ukrainian military technology, with Vladimir Putin’s soldiers forced to rely on outdated Soviet equipment. Shocking drone footage from the frontline of the war has captured a Russian tank erupting into flames after a precision missile attack near Izyum. In the clip, the Kremlin tank is seen smothered by a thick cloud of black smoke and fire, moments before a huge explosion tears through the vehicle, sending shrapnel flying outwards into the surrounding woodland. The vehicle destroyed in the blast has been identified as a T-72B3, a modernised version of the T-72 main battle tank.

Izyum, where the attack was captured, is positioned close to the Donets River in the Kharkiv region of eastern Ukraine.

Russian forces have renewed focus on the area as Moscow’s campaign of aggression in the east again began to expand beyond the Donbas region of Donetsk and Luhansk.

Kremlin forces have struggled to sustain supplies of advanced combat vehicles to troops, with increasingly dated technology provided to replace the modernised tanks destroyed by the Ukrainian defence.

The success of the Ukrainian military campaign has strained President Putin’s armed forces as the invaders are struggling to facilitate their aggression with rapidly depleting armoured vehicles. 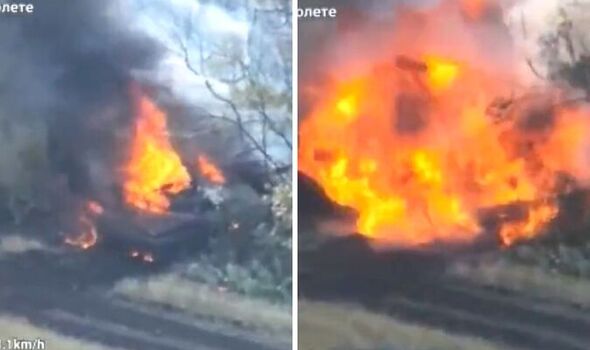 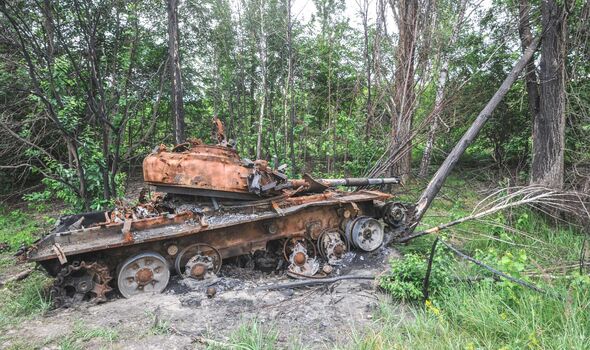 In a desperate attempt to re-enter damaged equipment into military service, Moscow has reportedly established a refurbishment facility for armoured vehicles just across the border into Russia.

An intelligence report from the UK Ministry of Defence said: “Intelligence identified a Russian military vehicle refit and refurbishment facility near Barvinok, in Russia’s Belgorod Oblast, ten kilometres from the Ukrainian border.

The report added: “In addition to its well-documented personnel problems, Russia likely continued to struggle to extract and repair the thousands of combat vehicles which have been damaged in action in Ukraine.” 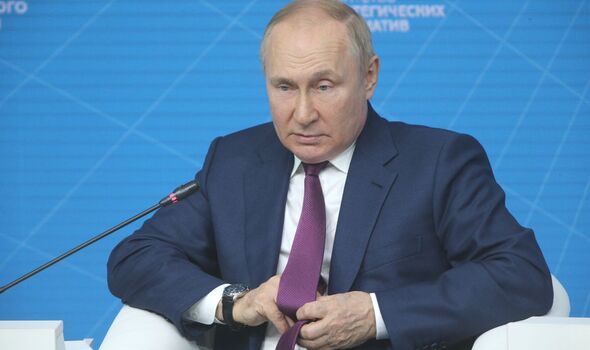 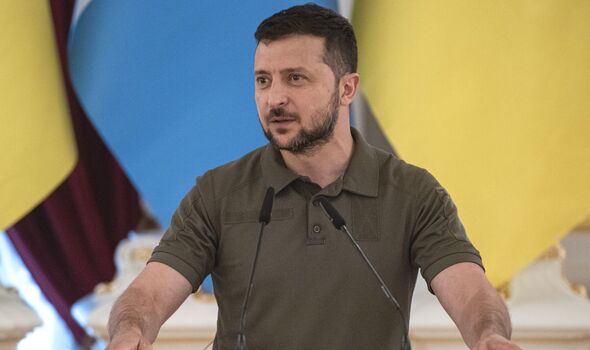 According to Dutch open-source intelligence organisation Oryx, Russia has lost 4,822 military vehicles and pieces of equipment since the invasion began in February.

Although the real number is likely far higher, Oryx includes only the equipment which can be confirmed through videographic or photographic evidence.

Of the T-72B3 model alone, the Kremlin has lost 134 tanks, including models that remain functional but have been captured by Ukrainian forces and could later reenter the conflict under the control of President Zelensky’s troops.

Overall, Russian forces have suffered the loss of 887 tanks in comparison to Ukraine’s loss of just 228 tanks. 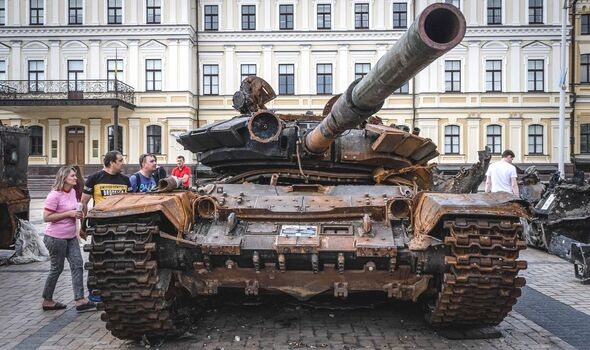 The UK Ministry of Defence reported on Monday: “Russian commanders continue to face a dilemma; whether to resource offensive in the east or to bolster the defence in the west.”

With resources already spread thin across Russian forces, Moscow’s military leaders may soon be forced to abandon one of their areas of focus to ensure their invasion does not crumble altogether.

Aside from issues surrounding equipment resources, President Putin’s military has also struggled to maintain a steady supply of well-trained soldiers on the frontline.

Despite the evident flaws in the invasion strategy, the Kremlin has insisted the ‘special military operation’ will persist as Foreign Minister Sergey Lavrov announced last week that Russia is set to expand the invasion to wider areas of Ukraine.

Read next:
‘Nobody is safe!’ Leader of country Putin could target next ‘worried’
Zelensky vows to retake occupied city by September with West’s weapons
Putin ‘running out of soldiers’ as Russia’s war plan crumbles
Putin’s ‘suffers late-night scare with medics rushed to his bedside’
BBC told to ‘ignore’ Russian claims about Ukrainian war-crimes