The garrison, in the remote region of Ryazan, went up in flames as a result of a grass fire, state news agency Tass reported. A Western Military District statement said: “A gusty wind spread the fire to the artillery ammunition storage site. The military garrison’s on-duty fire-fighting team started to extinguish the blaze but failed to stop the fire outbreak. “Sporadic munition explosions are currently observed on the technical premises of the military base. 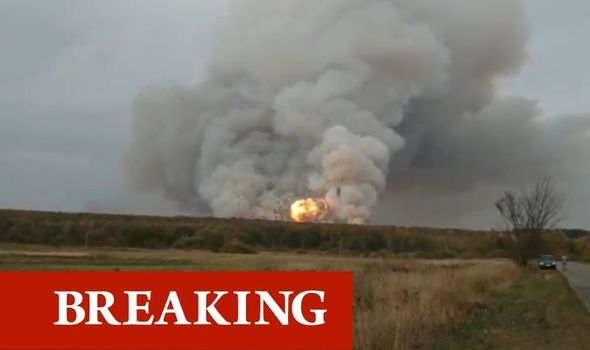 The fire started close to the settlement of Zheltukhino.

Reports from the scene suggest there have been no injuries – but that large numbers of military and civilian personnel have been evacuated.

An emergency services source said: “The fire has not been contained and the shells are exploding about every ten seconds.” 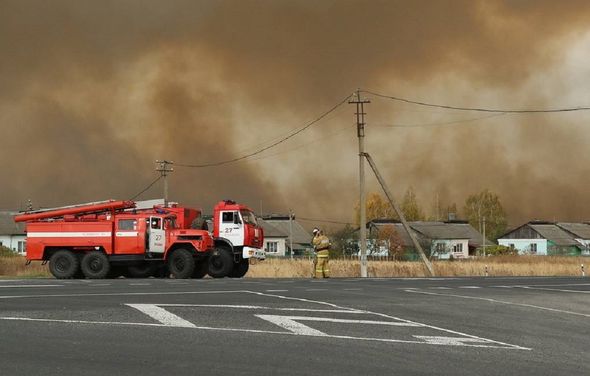 Firefighters are on the scene and a fire-fighting train has been dispatched.

In addition, an an Il-76 plane belonging to Russia’s Emergencies Ministry is ready to help out.

Traffic on nearby R-22 “Kaspiy” highway has been suspended.