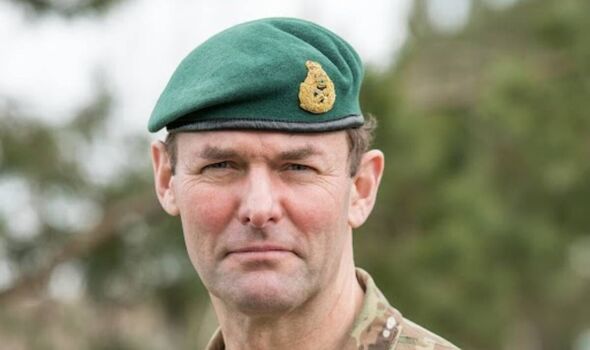 A team also returned to Kyiv in April to protect the embassy, after Vladimir Putin withdrew his forces from the capital.

The Ministry of Defence previously acknowledged up to 30 commandos had protected embassy staff.

However, it is the first time the military has admitted British forces have also taken part in special operations while in the war-torn country.

Lt Gen Magowan wrote: “In January this year, 45 Commando Group deployed at short notice – from the depths of a dark, north Norwegian winter, to evacuate the British embassy in Kyiv to Poland – the go-to 999 international emergency force, if you will.

“Then in April, ril, they returned into the country to reestablish the diplomatic mission, providing protection to critical personnel.”

He added: “During both phases, the commandos supported other discreet operations in a hugely sensitive environment and with a high level of political and military risk.”

Based at RM Condor in Arbroath, off the North Sea, 45 Commando specialises in Arctic warfare in environments such as Norway, where the mercury can plunge to -35C.

The battalion-size unit took part in the battle for Port Stanley during the 1982 Falklands war and also fought in Iraq and Afghanistan.