Herculaneum, like its neighbouring city of Pompeii, was buried under volcanic ash and pumice during the tragic event 2,000 years ago. Now found below the modern-day town of Ercolano, the city was rediscovered by chance in 1709 during the digging of a well. Tunnels were soon added at the site by treasure hunters, and some artefacts were removed but now, 200 years later, TV cameras explored the area during Channel 5’s “Pompeii: The New Revelations”.

Historian Dan Snow detailed how an incredible discovery was made.

He said earlier this month: “In 1709, a well was dug in this town that had grown up on the coast eight miles north of Pompeii.

“The workers started to pull up slabs of beautiful marble.

“A French aristocrat, Emmanuel d’Elbeuf, was building a mansion nearby, so he was in the market for marble. 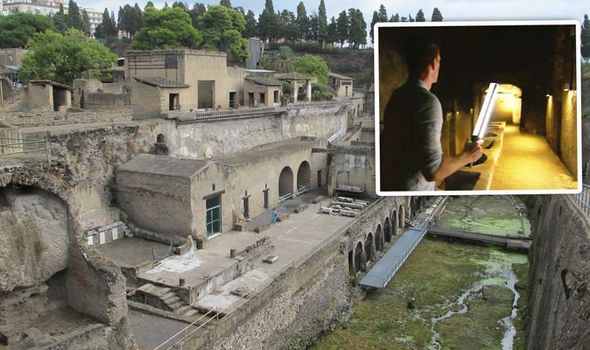 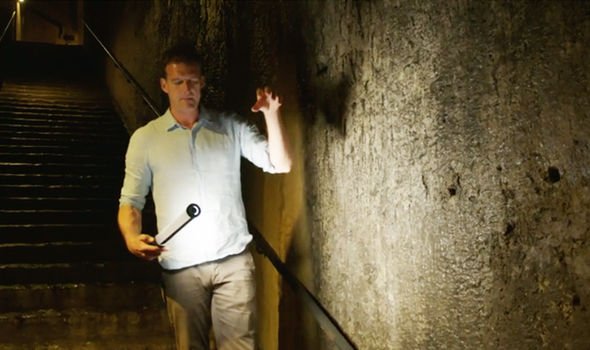 Quite quickly he realised this must have been a Roman theatre

“He decided to cut out the middleman and bought the well for himself.

“First a worker, and then d’Elbeuf himself were strapped into slings and lowered 15 metres down the well.”

Mr Snow went on to detail how an ancient Roman theatre was uncovered, in a remarkable breakthrough.

He added: “At the bottom, he discovered this cavity and he started crawling around and found broken bits of marble and statues.

“Quite quickly he realised this must have been a Roman theatre, it could only be a theatre from the lost town of Herculaneum that the Roman authors had talked about. 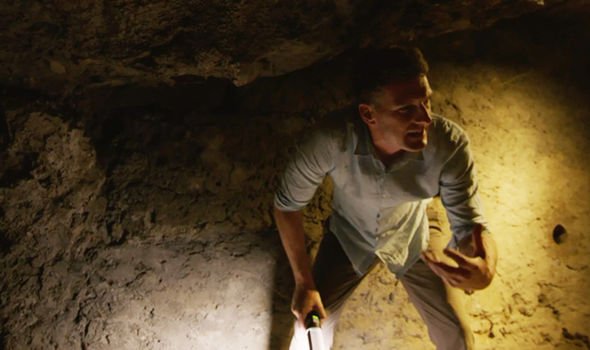 “A group of convicts were sent down here and told to tunnel through and mine it for treasure.

“They’ve left us with this warren of tunnels that they hacked out.

“Luckily, they didn’t take all the murals, they left some here, you can still see some of the beautiful Roman paintings.”

Mr Snow explored the theatre, detailing how key features could still be made out today,

He continued: “Look at that, it’s been underground ever since that invasion in 79AD, the colours still perfect. 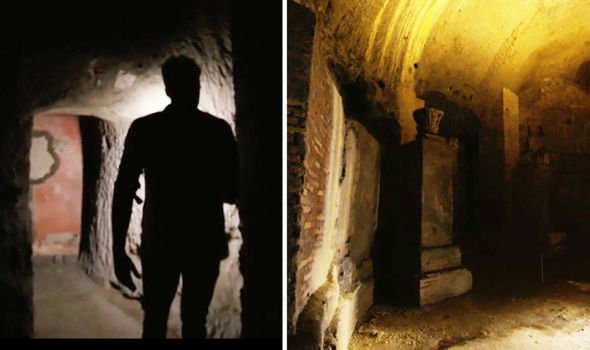 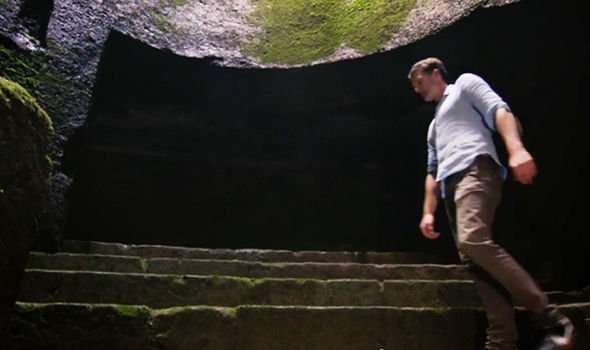 “Look up there on the arches, just beautiful, they stripped whatever they could find.

“Slowly, these convicts hollowed out more and more of this structure, until they’d uncovered pretty large parts of the theatre.

“They revealed the stage, the steps to the auditorium and some of the rows of seats – in total would have accommodated up to 2,500 people.

“This is where the people of Herculaneum would have sat side-by-side, watching the action on the stage below.

“It’s a Roman theatre buried under 25 metres of volcanic rock.”

Although it was smaller than Pompeii, Herculaneum was a wealthier town.

It was a popular seaside retreat for the Roman elite, which is reflected in the extraordinary density of grand and luxurious houses with the marble finish.

Famous buildings of the ancient city include the Villa of the Papyri and the so-called boat houses in which the skeletal remains of at least 300 people were found.