Eddie Van Halen, guitarist and founding member of the hugely successful rock band named after him and his drummer brother, has died of cancer, his son said on Twitter on Tuesday. He was 65.

“I can’t believe I’m having to write this but my father, Edward Lodewijk Van Halen, has lost his long and arduous battle with cancer this morning”, Wolfgang Van Halen said in the tweet

“He was the best father I could ever ask for,” Wolfgang continued. “Every moment I’ve shared with him on and off stage was a gift.”

Eddie and his brother Alex founded Van Halen in the early 1970s in Los Angeles. The classic lineup is typically considered to include the Van Halen brothers, vocalist David Lee Roth and bassist Michael Anthony.

The hard rock band became a staple of the famed Sunset Strip before releasing their eponymous debut album in 1978. 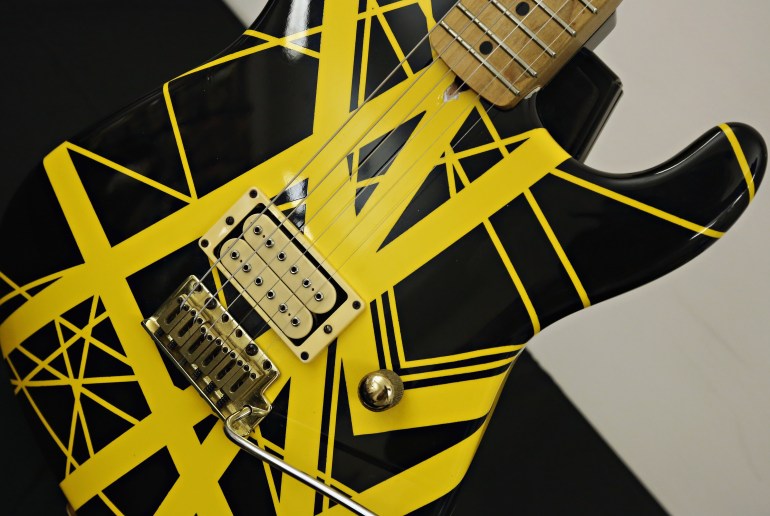 \ A view of Eddie Van Halen’s 1982 Charvel, with signature striped paint scheme, made for, owned by, and played by Van Halen himself, on display during Guernsey’s Celebrity Guitar Auction preview at Bohemian National Hall in 2016 [Cindy Ord/Getty Images/AFP]The album shot to number 19 on the Billboard charts, becoming one of the most successful debuts of the decade.

The group continued to enjoy great success, with four number one records in the United States.

After their first album, no subsequent studio release ever debuted outside the top 10. Van Halen also had numerous hit singles and Rolling Stone ranked 1984 number 81 on its list of the 100 Greatest Albums of the 1980s.

“Eddie put the smile back in rock guitar, at a time when it was all getting a bit brooding. He also scared the hell out of a million guitarists around the world, because he was so damn good. And original,” Joe Satriani, a fellow virtuoso, told Billboard in 2015.