BUENOS AIRES (Reuters) – Argentina’s elderly, the highest-risk group for coronavirus complications, crowded in long lines on Friday to withdraw pensions as banks scrambled to keep up with demand and extended their hours through the weekend amid a national quarantine. 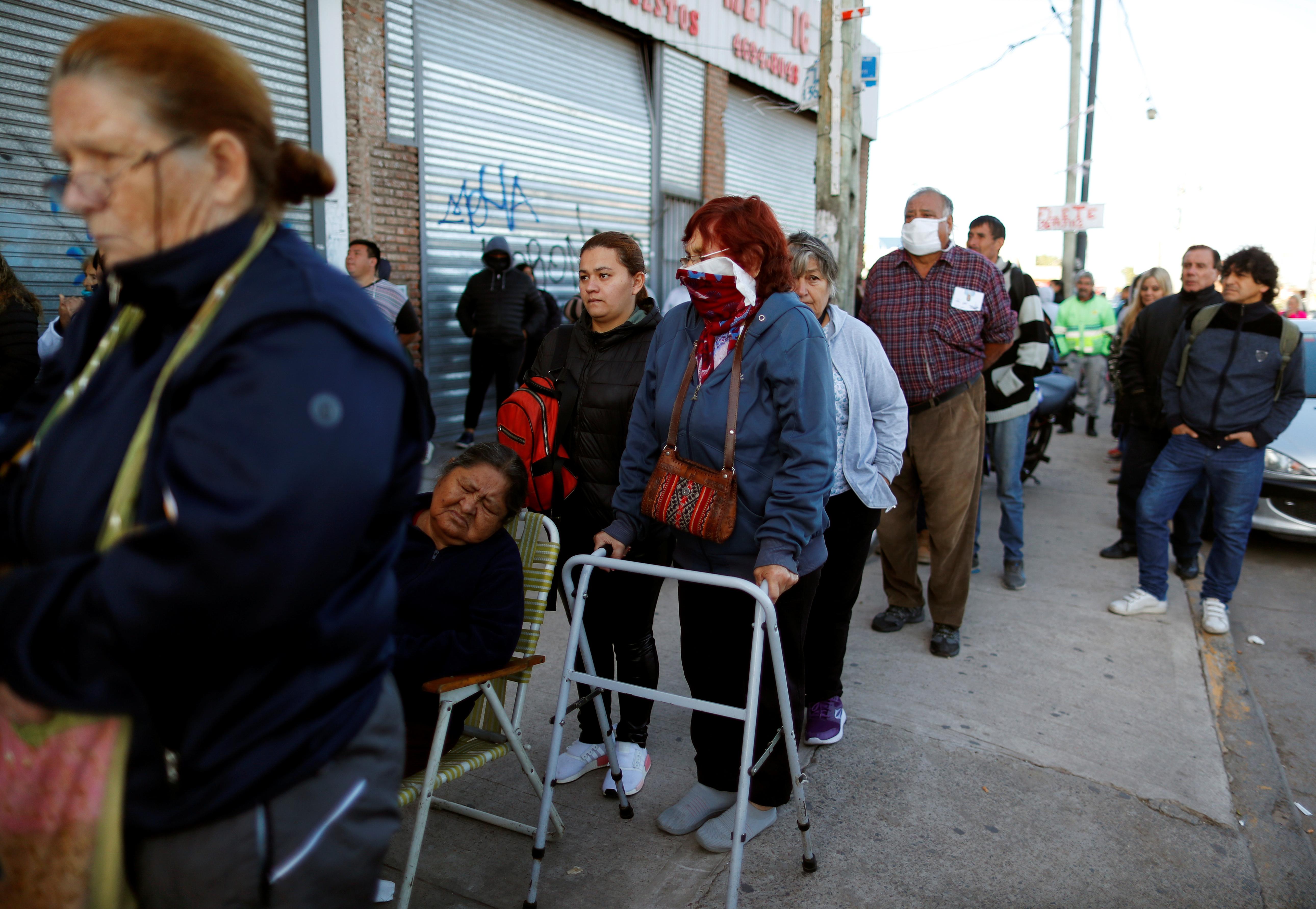 Friday was the first day banks opened in the South American country since March 20, when the government announced a mandatory national lockdown except for essential services like food shopping or medical care.

The quarantine, in place until April 12, has posed a challenge to older Argentines who normally visit banks in person to obtain pension payments or social funds.

Thousands of retirees, many without debit cards for withdrawing funds at ATMs, snaked for up to six blocks in front of bank branches in capital Buenos Aires. The recommended social distancing of at least six feet was not observed in some parts of the queue, though many people were seen wearing masks.

“They don’t know how to manage things in this country, this is ridiculous,” said Tomas Ortiz, 82. “They close the banks and look how we are crammed here, we are going to leave with thousands of people infected.”

Juan Carlos Axt, a 70-year-old retiree waiting in line, told Reuters he had chronic obstructive pulmonary disease (COPD) but had no choice but to visit the bank to receive his funds.

“What am I going to do? I have to collect. If not, I cannot buy medicines, that is the situation for us,” Axt said.

The central bank announced on Friday that banks would stay open through the weekend and subsequent business days to accommodate pensioners in a bid to alleviate long lines.

“Exposing our retirees to queuing for more than 10 blocks is not taking care of them in the face of the pandemic,” Bullrich tweeted. “President, stop this madness, send them home.”