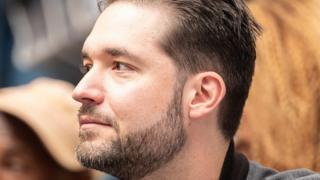 Reddit co-founder Alexis Ohanian has resigned for the tech firm’s board and urged the company to replace him with a black candidate.

The tech entrepreneur has also pledged to use future gains on his Reddit stock to “serve the black community.”

In a series of tweets, he said he was doing it “as a father who needs to be able to answer his black daughter when she asks: ‘What did you do?'”

It follows days of US protests against police brutality and racial inequality.

Mr Ohanian, who is married to black tennis champion Serena Williams, said he would be donating $1m (£800,000) to Know Your Rights Camp, a non-profit started by former NFL quarterback Colin Kaepernick.

“I believe resignation can actually be an act of leadership from people in power right now,” he said in a video. “To everyone fighting to fix our broken nation: do not stop.”

He stepped down from daily duties in 2018 but has retained a seat on the company’s board until now.

But the website has come under fire for hosting forums that promote racist content. The company has banned groups like r/blackpeoplehate and alt-right r/MillionDollarExtreme. It has also “quarantined” a pro-Trump forum, r/TheDonald, ensuring that its content does not appear in website searches or recommendations.