Brooks, allegedly murdered by an Atlanta police officer, is remembered as a kind, fun-loving father by his family. 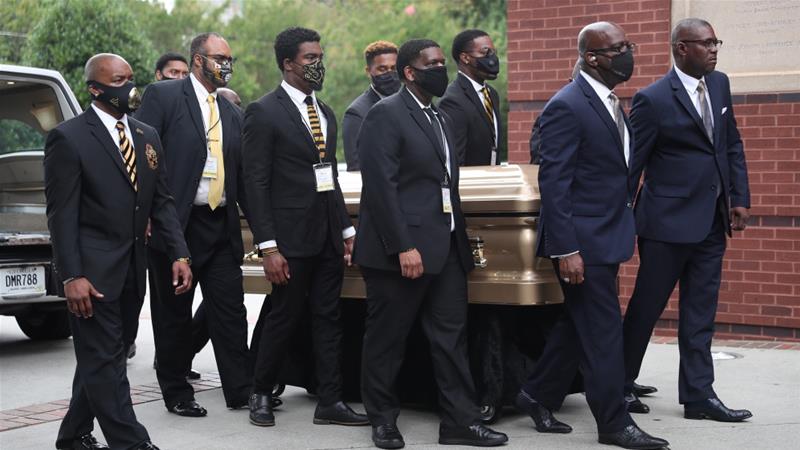 Friends and relatives of Rayshard Brooks gathered at the historic Atlanta church – that was once Reverend Martin Luther King Jr’s pulpit – for a funeral on Tuesday for the Black man whose killing by a white police officer in a fast-food car park stoked protests across the United States over racial injustice.

“We are here because individuals continue to hide behind badges and trainings and policies and procedures rather than regarding the humanity of others in general and Black lives specifically,” the Reverend Bernice King, the civil rights leader’s daughter, said at the private service at Ebenezer Baptist Church.

She noted ruefully that the killing took place in Atlanta, the “black mecca” and “the city that is supposed to be `too busy to hate.'”

But in a powerful echo of her father’s “I Have a Dream” speech, she declared: “Rayshard Brooks’ death will not be in vain because justice will roll down like waters and righteousness like a mighty stream.”

A  friend of Brooks, his mother-in-law and the senior pastor at Ebenezer Baptist Church, Reverend Raphael Warnock also spoke.

“Rayshard Brooks wasn’t just running from the police. He was running from a system that makes slaves out of people. A system that doesn’t give ordinary people who’ve made mistakes a second chance, a real shot at redemption,” Warnock, a Democratic candidate for Senate, said in an excerpt released ahead of the service.

Some mourners wore T-shirts with Brooks’ picture. Nearly everyone wore masks against the coronavirus.

Brooks, 27, was shot twice in the back on June 12 by Officer Garrett Rolfe after a struggle that erupted when police tried to handcuff him for being intoxicated behind the wheel of his car at a Wendy’s drive-through. Video footage showed Brooks snatching a police Taser and firing it towards Rolfe while running away.

Rolfe, 27, was charged with murder and jailed without bail. A second officer, Devin Brosnan, 26, was charged with aggravated assault, accused of stepping on Brooks’s shoulder as he lay dying on the pavement. Lawyers for both men said their clients’ actions were justified. 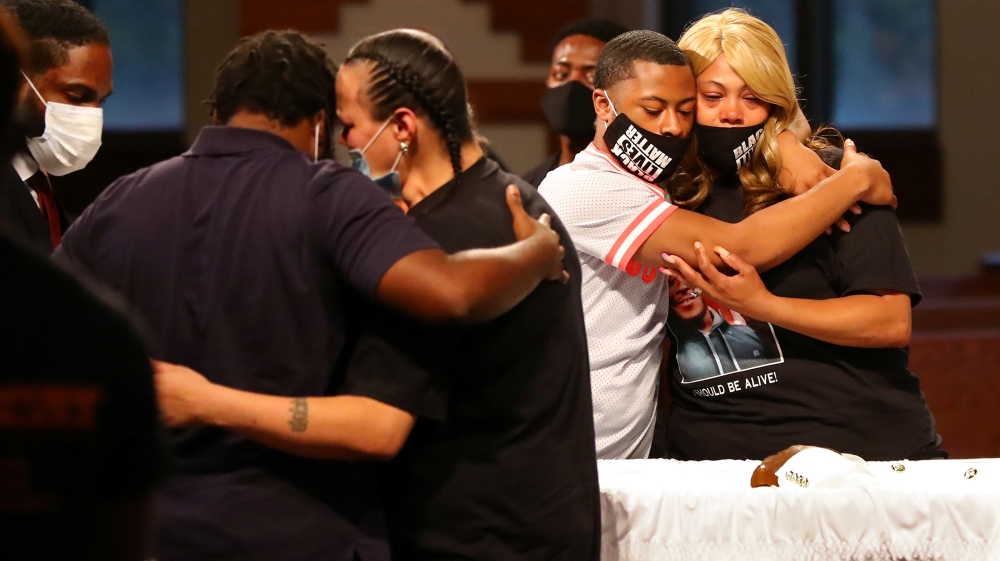 The killing unfolded amid protests and scattered violence set off around the country by the case of George Floyd, the Black man who was pronounced dead on May 25 after a white Minneapolis police officer put his knee on Floyd’s neck for nearly nine minutes.

Atlanta’s police chief stepped down less than 24 hours after Brooks’s death, and the Wendy’s was set ablaze by protesters.

While Brooks was not a member of Ebenezer Baptist, the church where King preached is a “sanctuary for those who suffer”, Warnock said in a statement announcing the funeral plans.

Actor and filmmaker Tyler Perry offered financial help for the service, according to the statement. 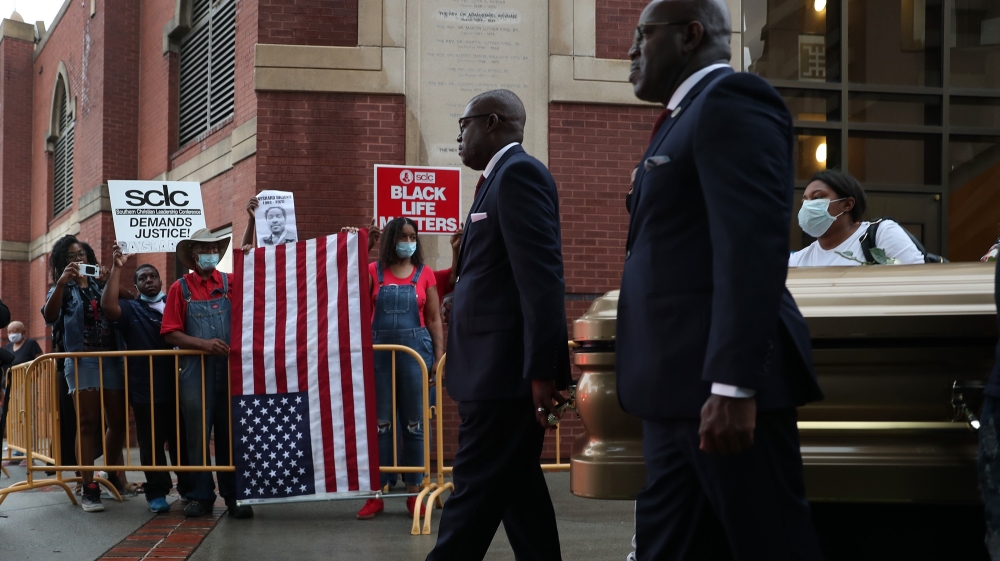 An afternoon bail hearing for Rolfe that would have conflicted with the funeral was cancelled by a judge. Under the law, crime victims and their families are entitled to be heard at such proceedings.

Meanwhile, a new poll finds nearly all Americans in favour of at least some change to the nation’s criminal justice system, and they overwhelmingly want to see clear standards on when police officers may use force and consequences for those who cross the line.