The battle for the Donbas region of eastern Ukraine has reached a devastating climax as Russian forces attempt to encircle the two key cities of Severodonetsk and Lysychansk. Although they have not yet succeeded, Russia appeared closer than ever to achieving its short-term goal of overrunning the region.

Ukrainian President Zelensky accused the Kremlin of wanting to “destroy” the Donbas region in his nightly address.

He said: “There were massive air and artillery strikes in Donbas. The occupier’s goal here is unchanged, they want to destroy the entire Donbas step-by-step.”

Mr Zelensky once again pleaded for the West to speed up its delivery of heavy weapons to the Ukrainian armed forces.

He added: “We, again and again, emphasise the acceleration of arms deliveries to Ukraine. What is quickly needed is parity on the battlefield in order to halt this diabolical armada and push it beyond Ukraine’s borders.”

The comments come as a key adviser to President, Oleksiy Arestovych, warned that the conflict had reached a “fearsome climax” as the Russians continue to focus their efforts on the key cities of Severodonetsk and Lysychansk. 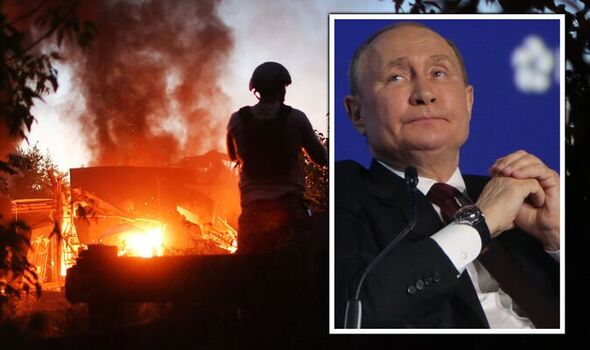 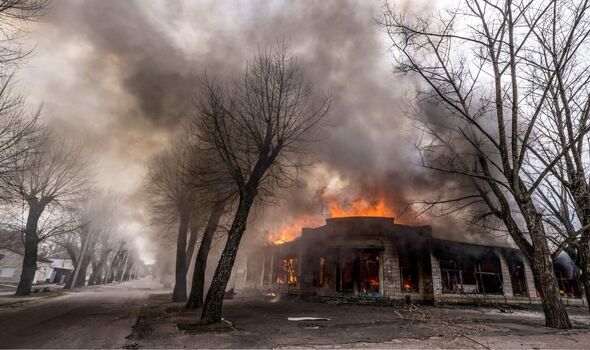 He told the BBC: “The threat of a tactical Russian victory is there, but they haven’t done it yet.”

Russia has been hammering the cities with artillery and missile strikes in recent weeks and has reportedly captured much of Severodonestsk.

The city has been a key flash point in the eastern theatre and has largely been taken by Russian troops. The Ukrainians, however, continued to hold out in some areas.

Civilians were reportedly hiding out in the sprawling Azot chemical plant in a situation which could become reminiscent of the siege at the Azov steelworks in Mariupol which lasted weeks.

Lysychansk, further south, is likely the next city in Moscow’s sights and has been increasingly hit by artillery strikes. 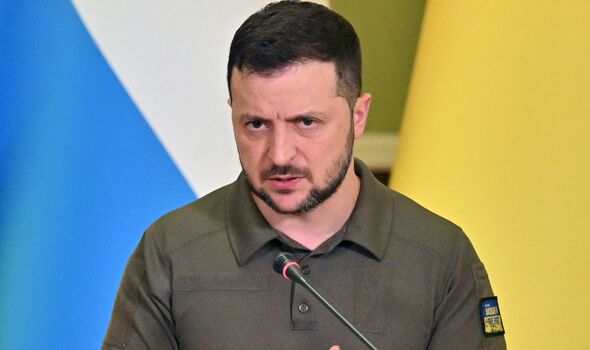 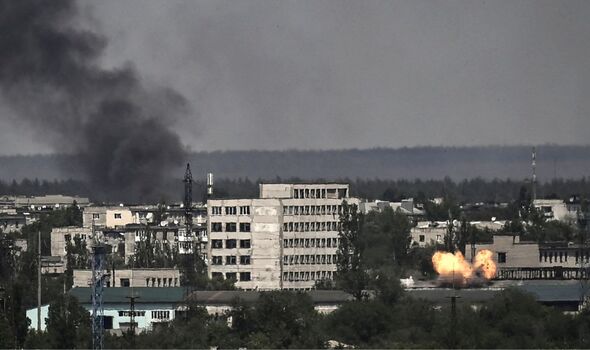 The Institute for the Study of War (ISW), however, predicted that Russian troops would likely face stiff resistance as they advanced.

In a Twitter update, It said: “This Russian advance is a clear setback for Ukrainian defences in the Severodonetsk-Lysychansk area, but Russian forces will likely require further protracted battles with Ukrainian forces similar to the block-by-block fighting in Mariupol and Severodonetsk to capture Lysychansk.”

Mr Arestovych echoed the update, saying that the fighting in the cities had slowed after Ukraine inflicted heavy losses on Russian forces. He also claimed that the Russians were using conscripts to fight in the region – a claim that Russia denies.

He said: “It’s like two boxers grappling with each other in the 18th round of a bout and barely able to move things forward. This operation started on 14 April and has been going on for nearly 80 days.”

The news comes as fighting intensifies on other fronts and behind the Russian lines. Shelling was reported in Ukraine’s second city Kharkiv while Moscow accused Kyiv of using kamikaze drones to attack an oil refinery inside Russia close to the border with Ukraine. 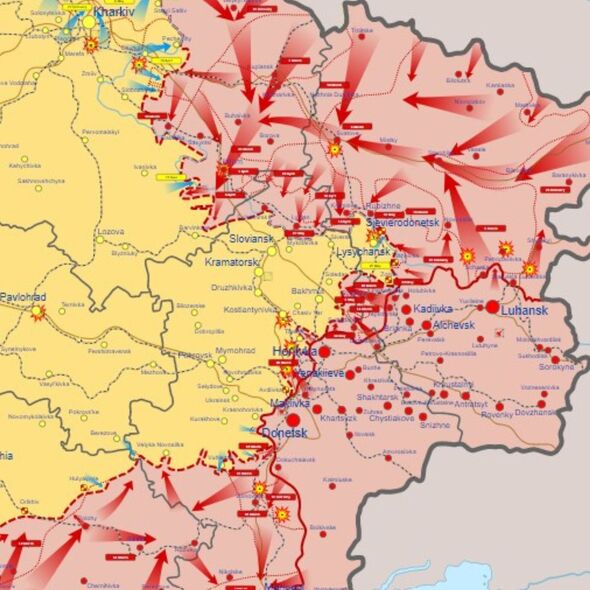 Officials at the refinery said in a statement: “As a result of terrorist actions from the western border of the Rostov region, two unmanned aerial vehicles struck at the technological facilities of Novoshakhtinsk.”

Social media footage appeared to show the aerial vehicles smashing into the refinery.

Near the Russian-occupied city of Kherson, the pro-Russian administration accused “Ukrainian saboteurs” of a botched assassination attempt on an official there.

Russian state television said that the head of Chernobaevka, Yuri Turulev, was injured in a car bombing by Ukrainian partisans.

There have been several reports in the region of partisan activity as Russia has reportedly forced the populace to begin using the Rouble and Russian internet infrastructure.