Russian President Vladimir Putin has hinted at using nuclear force as he looks to annex part of Ukraine. Speaking on Wednesday, Putin said: “If the territorial integrity of our country is threatened, we will certainly use all the means at our disposal to protect Russia and our people. It’s not a bluff.” Moscow-backed separatists are planning to hold referenda in Kherson, Zaporizhzhia, Donetsk and Luhansk. Experts fear these votes will be rigged to ensure Russia can claim ownership of them.

Russia expert Dr Jenny Mathers argues that Putin should be “afraid” of how NATO could respond if he uses his nuclear weapons.

Speaking to The Globalist, she said: “NATO is being deliberately and rightly vague about how they would respond in such a scenario because no one wants to go there. The use of nuclear weapons is almost unthinkable, even though Putin is making it thinkable.

“It would not help Putin on the battlefield in Ukraine, and it would certainly create a sense of revulsion against Russia. 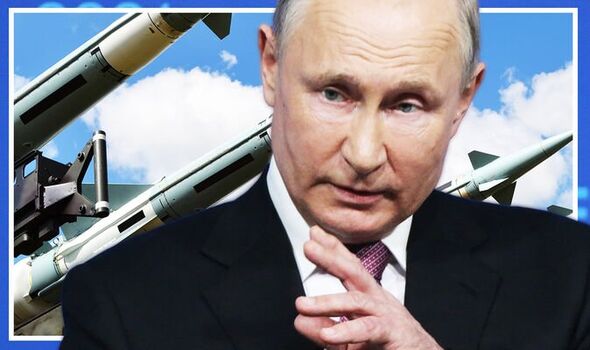 “The threats are potentially what will help him if he succeeds in intimidating the West and Ukraine. What Putin should be worried about is that if he uses nuclear weapons all bets are off.

“He cannot predict what the West would do in response, and that should frighten him, and should prevent him from ramping up this rhetoric.”

While Putin is looking to ramp up the stakes, Prime Minister Liz Truss adopted a defiant tone at the UN General Assembly on Thursday, branding Putin “desperate”.

She said that Moscow’s invasion of Ukraine had been a “catastrophic failure” and condemned Putin for using “barbarous” tactics. 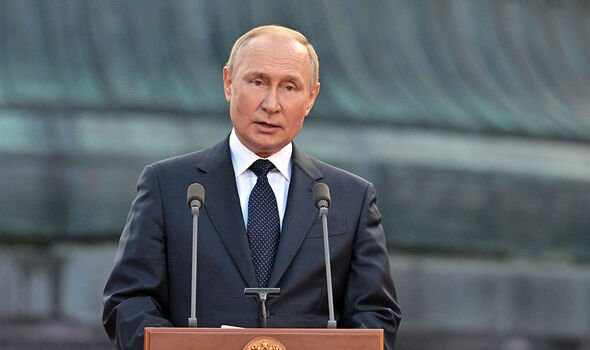 Phillips O’Brien, a professor of strategic studies at the University of St Andrews in Scotland, told NBC Putin could be bluffing.

He said: “I think it signals that he wants people to think he would risk nuclear war. I don’t think it means he is any more likely to do it than he was yesterday.”

Russia’s threats come at a time when the country’s military has suffered setbacks in Ukraine. A recent counteroffensive by Ukraine saw huge swathes of territory liberated near the city of Kharkiv.

In response, Putin has ordered the military sign up 300,000 more people to join the fighting. The partial mobilisation will see Russian men with previous military experience called up.

However, this decision has sparked protests across Russia and many are even fleeing the country altogether. 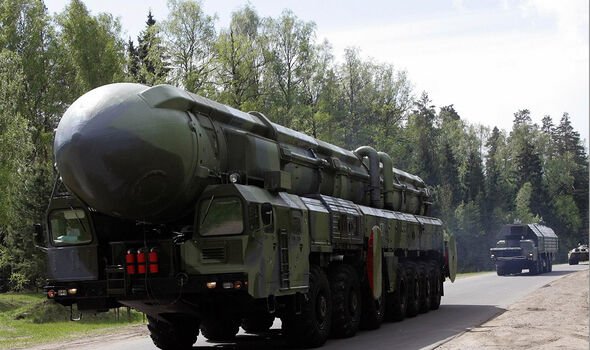 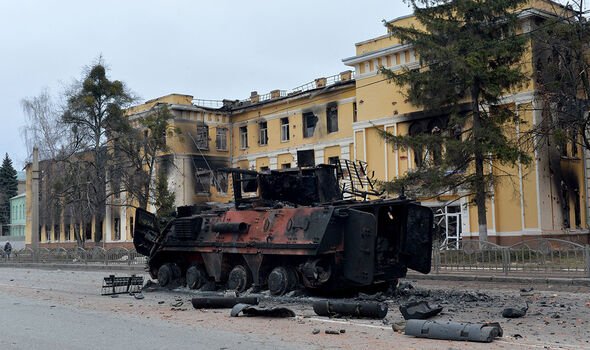 Ukrainian President Volodymyr Zelensky used his address at the United Nations General Assembly this week to demand justice for the war crimes committed by Russia.

He said: “This is the first item of our peace formula. Comprehensive item. Punishment.

“Punishment for the crime of aggression. Punishment for violation of borders and territorial integrity. Punishment that must be in place until the internationally recognized border is restored.”

He added: “What is NOT in our formula? Neutrality. Those who speak of neutrality, when human values and peace are under attack, mean something else.”

Mr Zelensky ruled out “that the settlement can happen on a different basis than the Ukrainian peace formula”. He said: “The further the Russian terror reaches, the less likely it is that anyone in the world will agree to sit at one table with them.”