Putin issued eerie ultimatum as Ukraine shows off military might

Ukrainian forces have reportedly launched devastating strikes on a Russian pontoon bridge near Kherson, in an attempt to cut off Moscow’s forces there from resupply and reinforcements. Kyiv has launched a counterattack in the region and has been achieving tactical successes in what is the start of a campaign to liberate occupied Ukrainian territory in the south of the country.

In a video posted to Facebook, he said: “The strikes were effective, the damage is significant; the enemy pontoon crossing near Dariyivka is destroyed.”

Ukraine also reportedly continued to fire on Dariyivka and Kakhovka bridges across the Inhulets to keep Moscow’s forces from crossing there.

The move is in-line with Kyiv’s strategy to prevent the resupply or reinforcement of Russian forces in Kherson.

Ukraine has also been striking bridges as well as ferry crossings further south near Kherson City at the Dnipro River.

The large Antonovsky Bridge across the Dnipro has been targeted several times in recent months. The vital river crossing is likely now useless for large military vehicles. 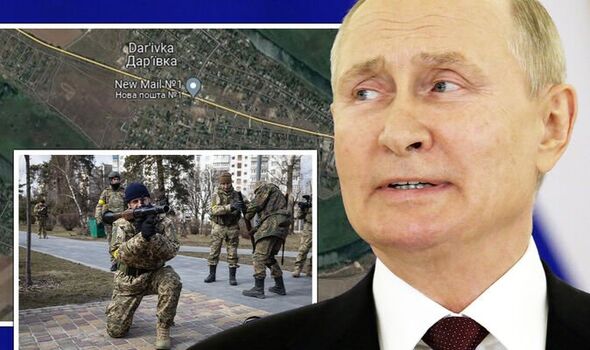 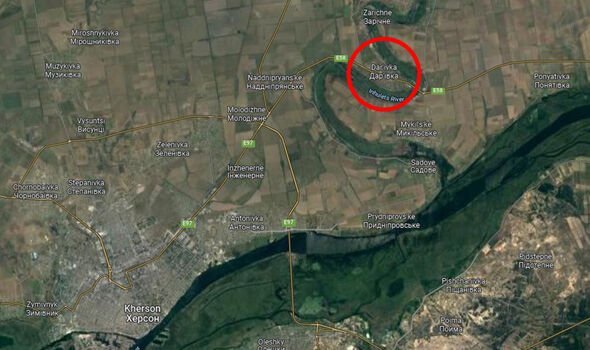 This is likely an attempt to isolate Russian forces north of the river who are now facing a major counter-offensive launched by Ukraine.

Ukrainian soldiers told The Telegraph that although they are capturing territory, Russian forces have been putting up a fierce resistance.

A 22-year-old Ukrainian soldier said: “They’re throwing everything against us. They have a lot of equipment but few men.”

Pavlo, also 22, said: “We’re advancing in some areas and being battered in others.”

Ukrainian forces do appear to be taking ground and achieving tactical successes, however, the Institute for the Study of War (ISW) cautioned that it would take time to understand if the operation was a success. 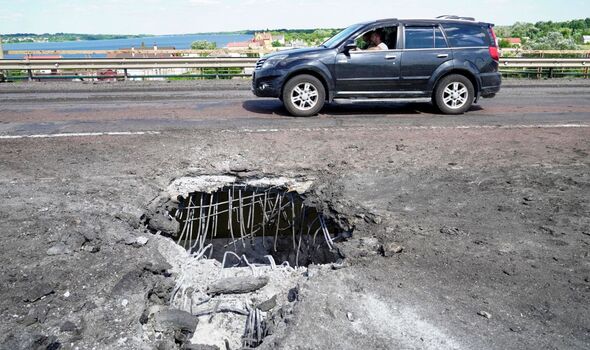 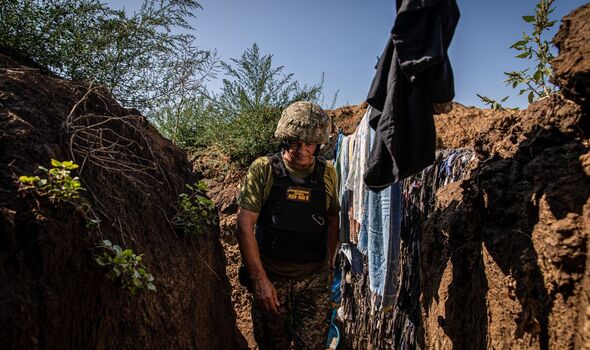 It said in a Twitter update: “Military operations on the scale of this counteroffensive do not succeed or fail in a day or a week.

It added: “Counteroffensive operations will very likely unfold over the coming weeks and possibly months as Ukrainian forces take advantage of the conditions they have set to defeat particular sectors of the line they have identified as vulnerable.”

The think-tank also noted that Ukraine had stepped up strikes on pontoon crossings since August 29 to “tactically disrupt” Russian forces in support of the southern counter-offensive.

Oleksiy Arestovych, an adviser to Ukrainian President Volodymyr Zelensky, also said the counteroffensive would be a “slow operation to grind the enemy”.

In a post on Telegraph, he said: “Of course, many would like a large-scale offensive with news about the capture, by our military, of a settlement in an hour, but we don’t fight like that.” 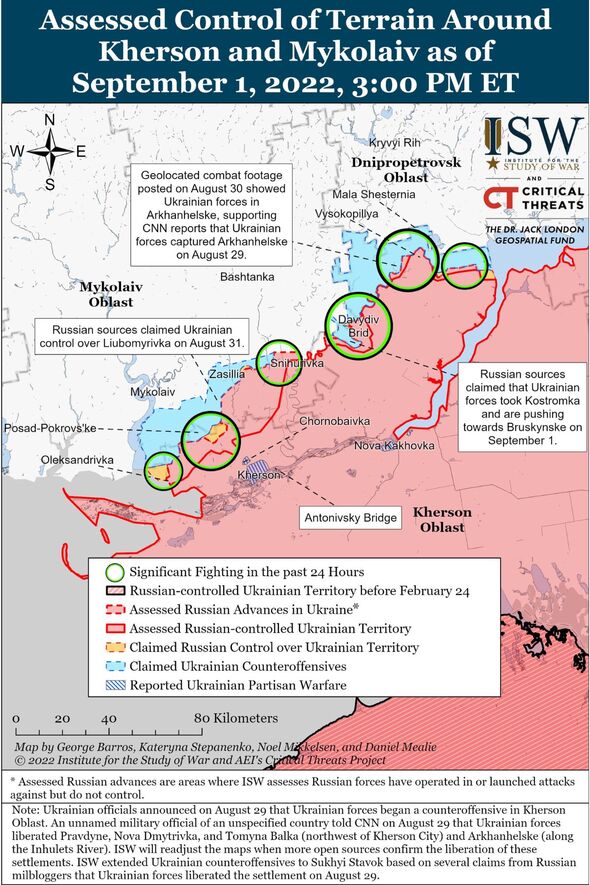 The news comes as the United States has been reportedly “war gaming” with Kyiv ahead of the offensive in Kherson.

Pentagon spokesperson Brig. Gen. Pat Ryder told CNN: “The United States has routine military-to-military dialogue at multiple levels with Ukraine. We will not comment on the specifics of those engagements.

“Generally speaking, we provide the Ukrainians with information to help them better understand the threats they face and defend their country against Russian aggression. Ultimately, the Ukrainians are making the final decisions for their operations.”

It is likely Ukraine will continue to hit vital river crossings as they push a counteroffensive in the southern theatre which could last months and cost many lives on both sides.