Russian President Vladimir Putin’s future could be at stake as Ukraine’s counteroffensive looks to drive Moscow’s troops out of the country. Key battles are set to take place in the south and the east of Ukraine, where Russian forces have asserted control. Ukrainians are hoping to liberate cities such as Kherson and Mariupol, which remain under Russian occupation

Various reports in recent weeks have signalled that the Russian army is struggling for men and for supplies of ammunition, with Putin even said to have turned to North Korea for troops.

If the Russian president is unable to solve these issues and his army is ultimately defeated, he could face a “cataclysmic” downfall, according to one military expert.

This would have huge ramifications for Ukraine, however, as Putin will be tempted to use nuclear weapons, claims General Sir Richard Barrons.

He told Times Radio last week: “There are two big problems on the horizon, one is that Ukraine is now a completely mobilised society of about 35million people…when the fighting stops there will be deep tension in the region but the geography won’t have changed, Russia will still be a neighbour of Ukraine.

“You’ll have a society which will need to be demobilised….the cost of doing that will be as expensive as fighting the war has been so far. 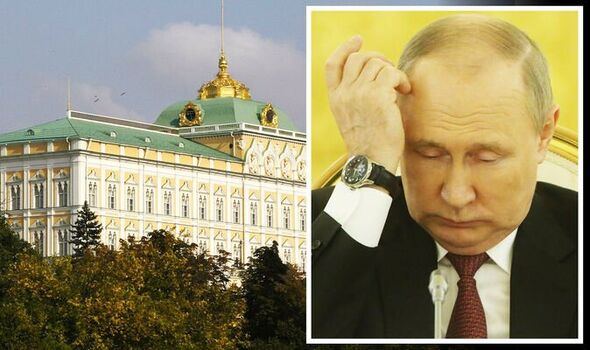 “People tend to forget that the aftermath of the war is tricky and takes as long as the fighting itself.

“The second peril is, if Ukraine is successful and Putin is still in power, the sense is that they are going to get rolled over and this will be a strategic defeat for Russia.

“That is cataclysmic for Putin’s hold on power in Russia. At that stage we absolutely have to think about that under Russian political and military doctrine.

“They will be tempted to reach for the small nuclear weapons to stop the fight in Ukraine.”

It claims that six of Russia’s top generals have likely been fired since the start of the invasion. 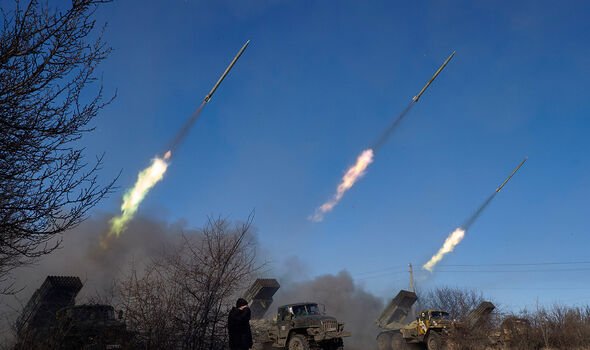 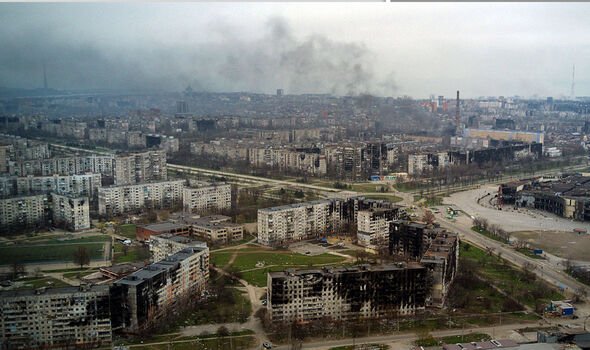 The Ministry of Defence (MoD) tweeted on Sunday: “The poor performance of Russia’s armed forces during its invasion of Ukraine has been costly for Russia’s military leadership, highly likely resulting in the dismissal of at least six Russian commanders since the start of hostilities in February 2022.”

Intelligence also claims that at least 10 Russian generals have been killed during the fighting.

The MoD added: “The cumulative effect on consistency of command is likely contributing to Russian tactical and operational difficulties.”

British intelligence also warned that the war between Ukraine and Russia is entering a “new phase”.

Russian forces are “almost certainly” massing in the south as they prepare for Ukraine’s counter-attack.

The MoD continued: “Russia’s war on Ukraine is about to enter a new phase, with the heaviest fighting shifting to a roughly 350km frontline stretching southwest from near Zaporizhzhia to Kherson, paralleling the Dnieper River.” 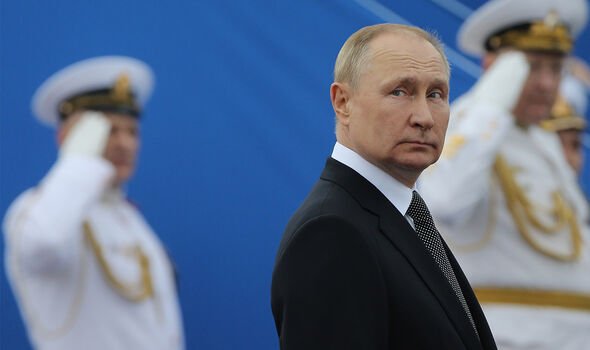 Meanwhile, Ukrainian President Volodymyr Zelensky has raged at an Amnesty International report which claims Ukraine’s troops are endangering its own civilians by deliberately placing bases in residential areas, schools, and hospitals.

Amnesty on Thursday listed incidents in 19 cities and towns where Ukrainian civilians were alleged to have been put in harm’s way.

President Zelesnky responded: “There is no condition, even hypothetically, under which any Russian strike on Ukraine becomes justified. Aggression against our state is unprovoked, invasive and terrorist.

“If someone makes a report in which the victim and the aggressor are supposedly equal in some way… then this cannot be tolerated.”