Russian soldiers appear to refuse to fight in Ukraine

Vladimir Putin’s army is coming under increasing pressure on its southern front, as Ukraine mounts a sustained counterattack against the invaders. Partisans have been playing a major role to harass and frustrate Russian forces in the south. They have been particularly active in and around the strategic rail-hub city of Melitopol.

The city fell to the Russians on the third day of the war and is a crucial segment of Putin’s land bridge to Crimea.

The Ukrainian insurgents have repeatedly attempted to disrupt Russian supply lines by attacking the railways.

In May alone, they destroyed an armoured train and blew up railway lines.

Now the fearless fighters have struck again, delivering a major blow to Russian commanders abilities to send supplies to the front from Crimea.

The partisans blew up a Russian-controlled railway near Novobohdanivka in Zaporizhia province, 30 km north of Melitopol on Saturday night.

They also targeted Melitopol airport, as they continued their defiant campaign of resistance. 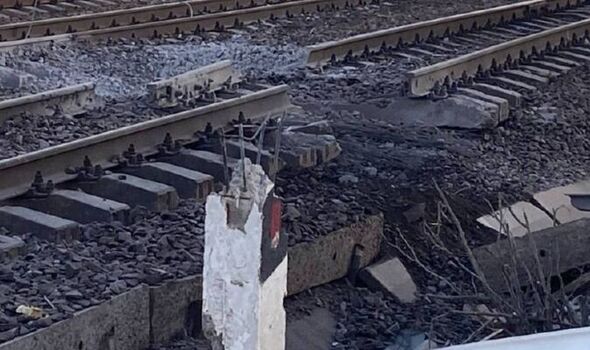 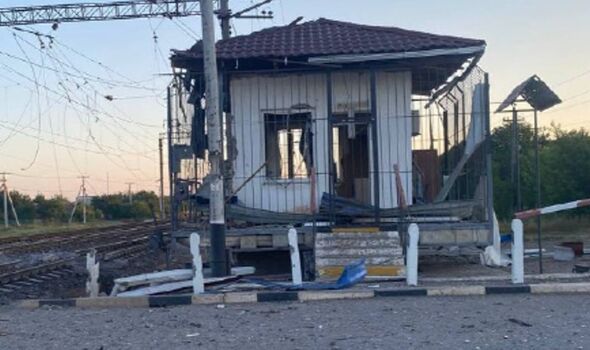 Viktor Kovalenko, a Ukrainian army veteran who fought on the from lines in 2014, tweeted: “Today #Ukraine Armed Forces & #Ukrainian partisans struck the occupied #Melitopol airport and blew up the key railway line Melitopol-#Tokmak-Vasylivka.

“This will cut ammo & arms re-supply of the Russian troops from Crimea.”

Geolocated images of the aftermath show splits in a rail juncture in Novobohdanivka that cuts off Vasylivka and Tokmak from the main rail line to Melitopol.

They claim to have killed more than 100 Russian soldiers and have also assassinated collaborators. 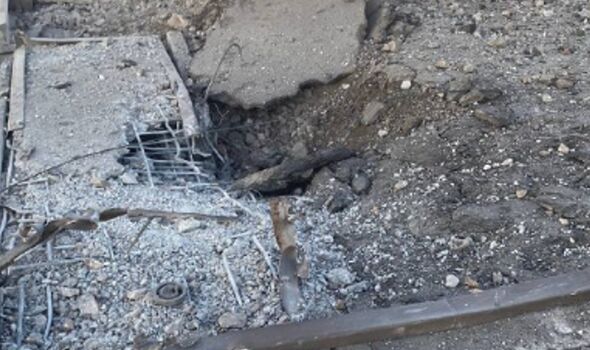 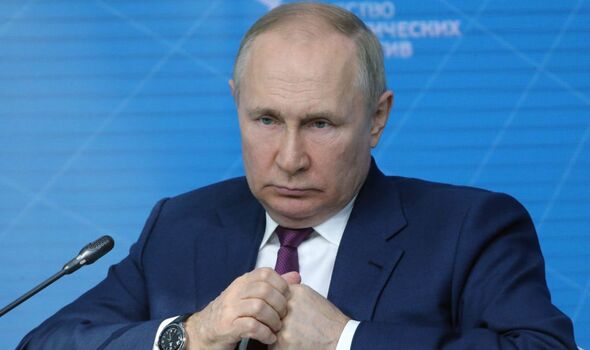 Ivan Fedorov, Melitopol’s mayor, said: “Our people are doing everything to make sure the land burns under the feet of the occupiers.”

In a recent attack on collaborators, a senior official in the Russian-installed administration of Ukraine’s occupied Kherson region, was killed by a suspected car bomb in late June.

Dmitry Savluchenko had been appointed the head of the families, youth, and sports department of the Kherson Military-Civilian Administration.

Savluchenko was despised by Ukrainians for having switched sides after the invasion. 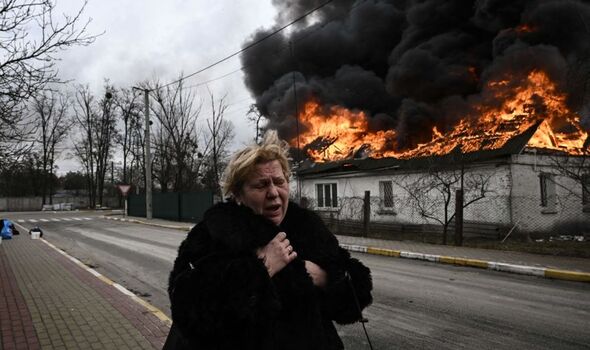 Olexander Scherba, a former Ukrainian diplomat, tweeted: “Dmitriy Savluchenko, one of the traitors in the occupied #Kherson got eliminated this morning.

Traitor’s life is short these days in #Ukraine.

“’They will greet us with flowers’, huh?”

Ukrainian officials have increasingly acknowledged that a counteroffensive is taking place in the south.

While Ukrainian President Volodymyr Zelensky said on July 23 that Ukrainian forces are advancing “step by step” in Kherson Oblast.