US senators call on Federal Aviation Administration to ground the plane after crash in Ethiopia killed all 157 on board. 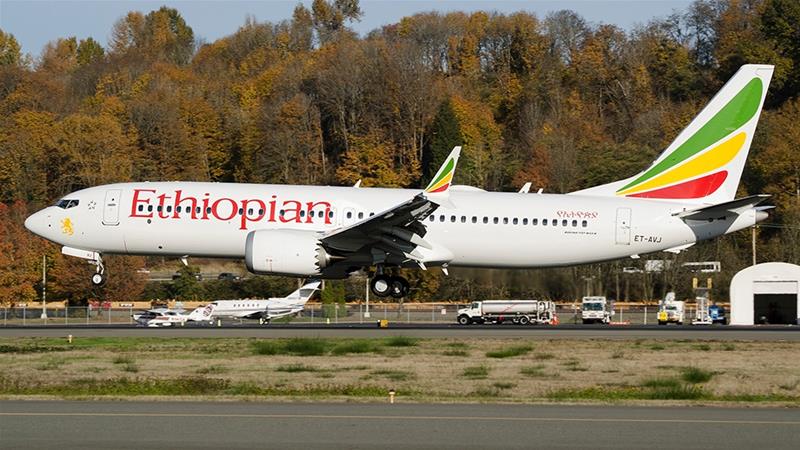 US Senators Mitt Romney and Elizabeth Warren on Tuesday called on the Federal Aviation Administration (FAA) to follow several other countries and temporarily ground Boeing Co’s 737 MAX 8, days after a crash in Ethiopia killed everyone on board one of the planes.

Warren, a Democratic presidential candidate, said the FAA should “immediately ground this plane in the United States until its safety can be assured”. She also called on Congress to review the decision.

“The Boeing 737 MAX 8 is a major driver of Boeing profits,” she said in a statement released by her campaign, not her Senate office.

“In the coming weeks and months, Congress should hold hearings on whether an administration that famously refused to stand up to Saudi Arabia to protect Boeing arms sales has once again put lives at risk for the same reason,” the statement added.

Romney, a Republican who was his party’s presidential candidate in 2012, joined similar calls from senators Richard Blumenthal and Diane Feinstein, who are Democrats.

“Out of an abundance of caution for the flying public, the [FAA] should ground the 737 MAX 8 until we investigate the causes of recent crashes and ensure the plane’s airworthiness,” Romney said in a tweet.

The FAA declined to comment to Reuters on the senators’ statements.

Regulators around the world including in the United Kingdom, Australia, France, Ireland and Singapore, and a growing number of airlines, are grounding the 737 MAX 8 in the wake of two fatal crashes in five months.

All 157 people on board the Ethiopian Airlines-run Boeing 737 MAX 8 died in the crash, when the US-manufactured plane came down six minutes after taking off from the capital, Addis Ababa.

A Lion Air plane of the same model crashed in Indonesia in October last year, killing 189 people on board.

Boeing in a statement on Tuesday did not directly address the senators’ comments but said it has “full confidence in the safety of the MAX” and noted the FAA has not mandated “any further action at this time”.

Boeing added it understands “regulatory agencies and customers have made decisions that they believe are most appropriate for their home markets.”

‘Airplanes are becoming far too complex’

The FAA told international carriers on Monday there was no need to ground the plane but it would mandate a software upgrade and training changes by April that Boeing confirmed late on Monday it will roll out in the coming weeks.

US Transportation Secretary Elaine Chao told reporters on Monday that regulators would not hesitate to act if they find a safety issue.

“If the FAA identifies an issue that affects safety, the department will take immediate and appropriate action,” Chao said. “I want people to be assured that we take these incidents, these accidents very seriously,” she added.

US President Donald Trump, who has been briefed on the Ethiopian Airlines crash according to administration officials, on Tuesday tweeted that “Airplanes are becoming far too complex to fly. Pilots are no longer needed, but rather computer scientists from MIT”.

The White House did not immediately respond to a request from Reuters for comment about whether Trump was referring to a specific plane.